Netflix: Will not be 'on a break' with Friends 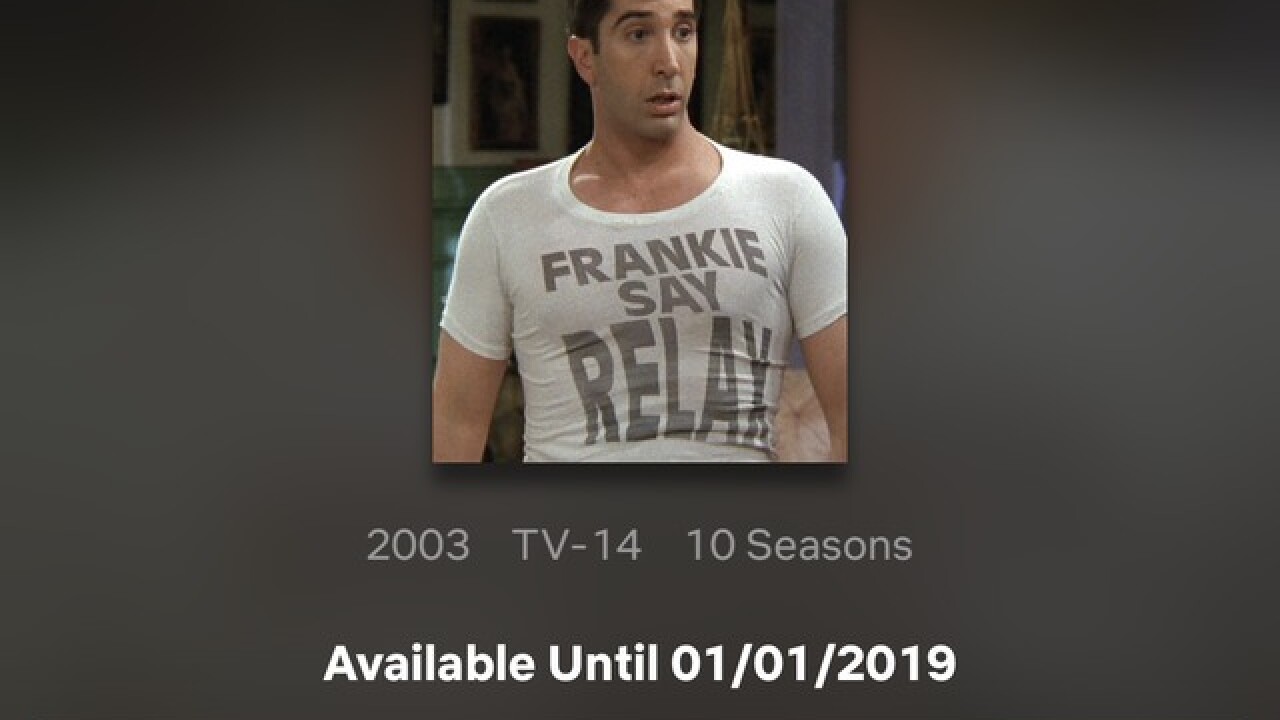 Despite multiple reports suggesting that the hit sitcom "Friends" would be dropped from Netflix's lineup on Jan. 1, Netflix announced on Monday that the sitcom will remain a part of Netflix's lineup through 2019.

Talk about a pivot!

The speculation was fueled by a notice on "Friends'" Netflix page that said the sitcom would be on through Jan. 1. This comes less than a week after WarnerMedia announced the launch of a new streaming service sometime in 2019.

The previous reports prompted fans of "Friends" to launch an online petition to encourage Netflix to keep "Friends" as part of its service. The petition had nearly 17,000 signatures.

The Holiday Armadillo has granted your wish: “Friends” will still be there for you in the US throughout 2019 pic.twitter.com/Yd0VqRzk3r

According to Vogue, Netflix and Friends signed a four-year deal beginning in 2015 worth $120 million.