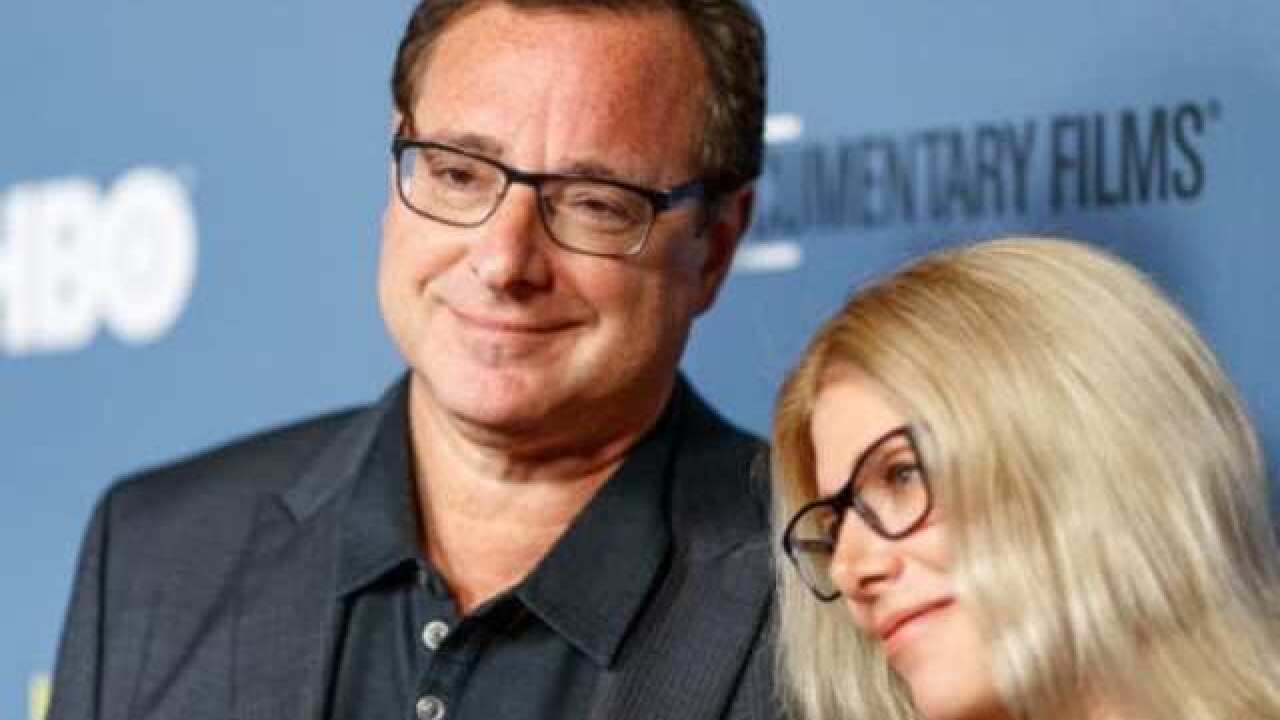 “Full House” alum and “Fuller House” star Bob Saget is officially a married man! He and girlfriend Kelly Rizzo shared the news of their wedding on Instagram on Oct. 29.

Saget may be known for his jokes, but this is no prank! He confirmed the news, writing:

“Okay, so we went and did it. And damn are we happy,” he shared on Instagram along with a photo of himself and his gorgeous bride, all dressed up in their finest wedding attire:

Okay, so we went and did it. And damn are we happy. Bride: @eattravelrock Photographer: @NicoleGoddard

The bride also chimed in, posting another look at the happy couple:

“@bobsaget and I dressed up as a bride and groom for Halloween,” she joked. “Seriously though, best day of my life.”

@bobsaget and I dressed up as a bride and groom for Halloween.

Seriously though, best day of my life. Photography: @nicolegoddard

They look way too good for these outfits to be Halloween costumes, although, considering the fact that they got engaged while watching “Stranger Things,” a near-Halloween wedding makes sense for this pair.

Saget talked with People magazine about the moment he popped the question back in November 2017:

“We were watching ‘Stranger Things’ on the iPad,” Saget said. “And then I got up to go to the restroom, and I opened the safe and I took out a ring that I had been hiding for four days and I got on one knee. And she said, ‘What are you doing?’ and she got very emotional and so did I.”

Who needs pearls??? Enjoying my favorite food with my new favorite accessory.

While the couple celebrated their engagement, Saget joked that he and George Shapiro, who celebrated alongside them, would live happily ever after:

Love the people in this picture. The most loving and legendary @George_Shapiro Katie Killean & of course my gal Kelly. In case you’re wondering, we were celebrating our engagement— and I know George and I will be very happy together.

The funnyman and Rizzo, the creator of Eat Travel Rock TV, were first introduced by a mutual friend in 2015.

After they began dating, Rizzo told Us Weekly: “I’ve never met anybody like him,” she said. “He keeps me on my toes, literally. He’s just a wonderful guy. He’s a comedian, so there’s never a dull moment! And all of his friends are just so fun because they’re just as fun and unique and complex as he is.”

This is Saget’s second marriage. He has three daughters with former wife Sherri Kramer, and thankfully, Rizzo and Saget’s daughters get along just fine, to hear him tell it. And since they’re forming a new family unit, he and Rizzo aren’t looking to have kids of their own, he told Us Weekly.

He and his new wife have much to look forward to! Congratulations to the happy couple!