Michael J. Fox, Christopher Lloyd have mini 'Back to the Future' reunion 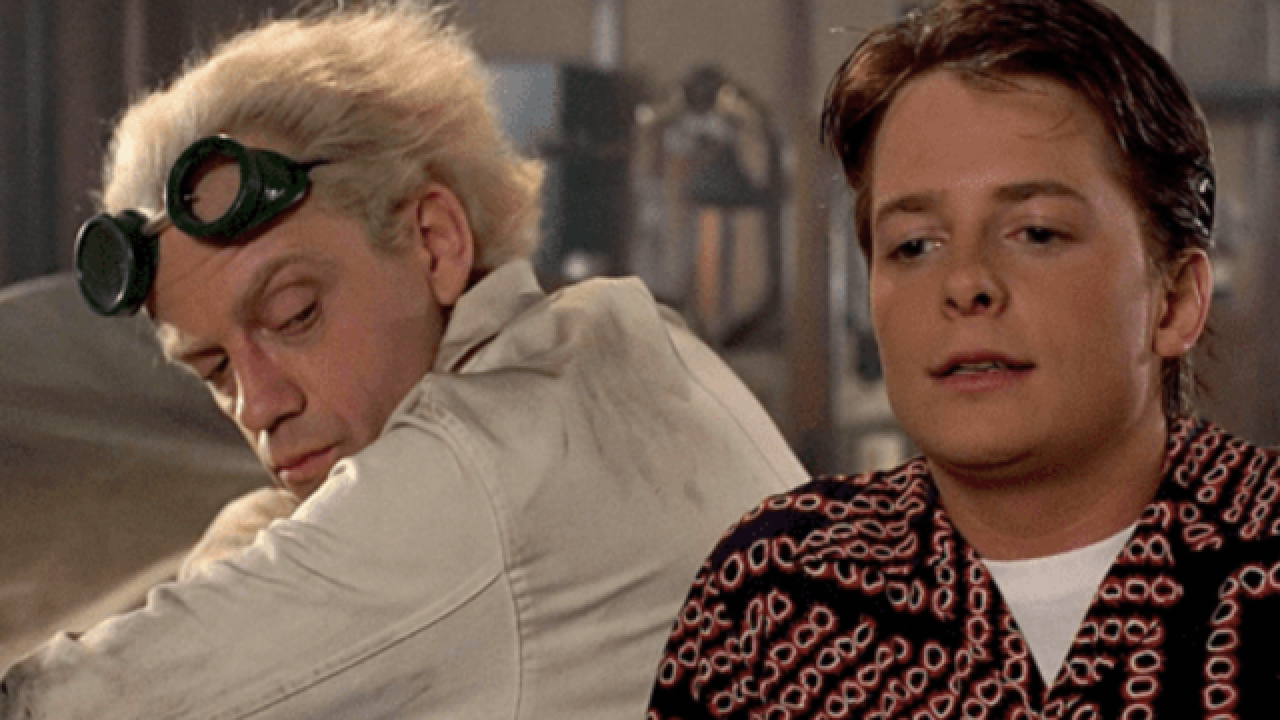 Great Scott! Marty McFly and Doctor Emmet Brown are together again. And this time, it’s for an amazing cause.

Actors Michael J. Fox and Christopher Lloyd reunited on Saturday, Nov. 10, at the star-studded charity event, “A Funny Thing Happened on the Way to Cure,” in New York City. The fundraiser brought together celebrities from music, film and television to raise money on behalf of the Michael J. Fox Foundation for Parkinson’s research.

While many stars showed up to help Fox’s important cause, it didn’t take a mad scientist to detect the magic on hand when Fox and Lloyd caught up with one another.

Fox attended the event with his wife, actress Tracy Pollan, and the 80-year-old Lloyd brought along his wife, Lisa, to support his long-time friend and former film co-star.

It may feel like only yesterday when this dynamic duo hit the screen for the first time in “Back to the Future,” but it’s actually been 28 years since the time travelers took their time-bending adventure!

Fox, 57, announced his Parkinson’s disease diagnosis in 1998. However, he learned of his condition back in 1991 when he was only 29 years old. After announcing his diagnosis, he founded the Michael J. Fox Foundation for Parkinson’s Research, which has become the “largest nonprofit funder of Parkinson’s drug treatment in the world.”

The annual event, which reunited the “Back to the Future” stars, also gave Fox the opportunity to rock out on guitar, just like the “good old days” back in 1955 at the Enchantment Under the Sea dance. Fox jammed with rocker Joan Jett during the fundraiser.