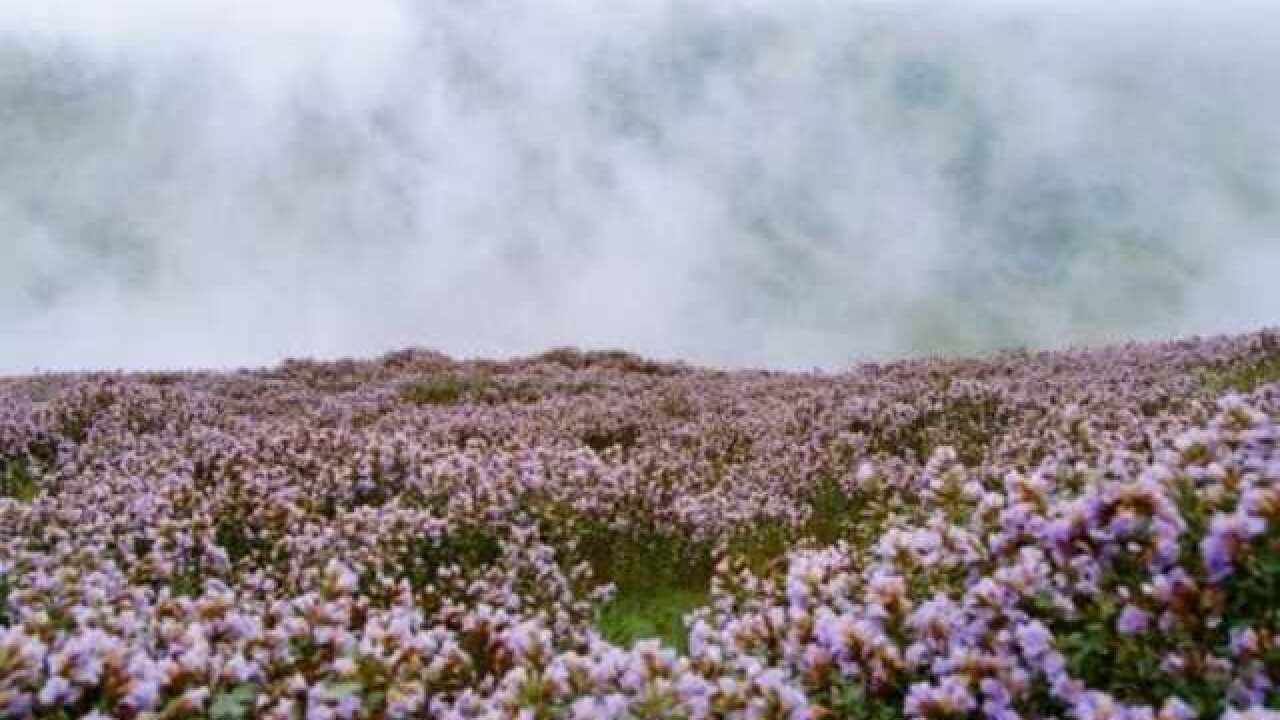 One of the rarest flowers in the world only blooms once every 12 years — and it’s blooming now. The Neelakurinji, or Strobilanthes kunthianus, is a blue-and-lilac beauty that began its blooming season back in August.

The Neelakurinji is a shrub with a 12-year life cycle. It flowers only once in its lifetime, and once it does, the plant dies. The seeds from the dying plant go back into the ground and lay dormant for almost a dozen years. Eventually, they sprout, bloom for a magical two-month period and die again, restarting the cycle.

Unfortunately, India’s Kerala state, where these flowers bloom, experienced some of the “worst monsoon flooding in a century” in August, The Atlantic reported. More than 400 people died in the floods and more than 1 million people were displaced by the catastrophe in the southwestern region of the country.

The monsoon is having an effect on tourism as well.

As a result of the devastating rains, access to the flower fields has been limited. The weather forced authorities to shut down travel to Munnar, where, as a local publication reported, “thousands of tourists arrive daily” to see the unusual flowers.

“People have been asked to avoid night travel in hilly areas and tourists visiting Munnar in Idukki to get a glimpse of ‘Neelakurinji’, a flower which blooms in the western ghats once in 12 years, should refrain from visiting the place,” said chief minister Pinarayi Vijayan told Manorama on Oct. 3.

Officials believe landslides and flooding are a potential risk for visitors of the area, which prompted the site ban, which will remain in place until further notice.

However, a few brave nature-lovers made their way to the hills that are home to the rare flowers, and they shared their finds on social media so the world can see these unusual blossoms. This Instagram user captured a moment of blue sky above the Neelakurinji:

And in this picture, you can see the lovely lilac color popping against rugged mountains in the background: