A llama, a bagel and a frisbee walk into an iOS update: Check out Apple's newest emoji 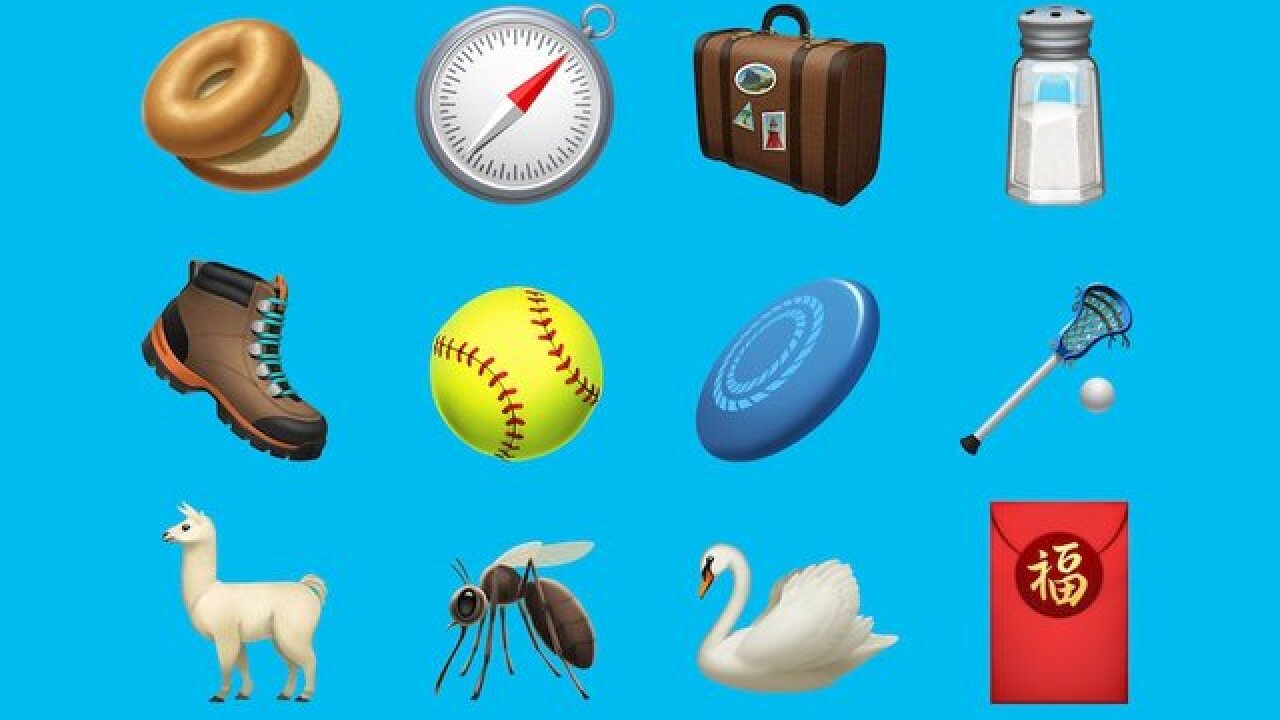 A rare spot of happy news: Apple is finally getting a llama emoji. And a raccoon, bagel, frisbee and mosquito emoji, too.

The company said it will likely add 70 new emoji for iPhone and iPad users later this month. Beta testers and developers who update to iOS 12.1 will see the new emoji starting Tuesday.

Beyond the new cute (and bloodsucking) animals, iOS 12.1 users will now be able to send a bagel, salt, luggage, compass, hiking boot, softball, frisbee, and an Asian-inspired Red Gift Envelope to friends and family.

These are all the new emoji coming out with iOS 12.1

On World Emoji Day in July, Apple previewed new options for bald and redheaded emoji characters, as well a lobster, cupcake and superheroes. These emoji will also roll out to iOS 12.1.

The Unicode Consortium, the nonprofit organization that manages the world's emoji standards, unveiled its latest list in February. Each company that uses emoji in their products puts their own spin on the tiny cartoons and picks which options from the master list to include.

The interpretations can lead to controversy, such as Google's misplacement of foam on its beer emoji, and the tragic jumbling of ingredients on its hamburger emoji. Both have since been corrected.