This popular store is selling 4-pound pumpkin pies for $5.99 in time for Thanksgiving 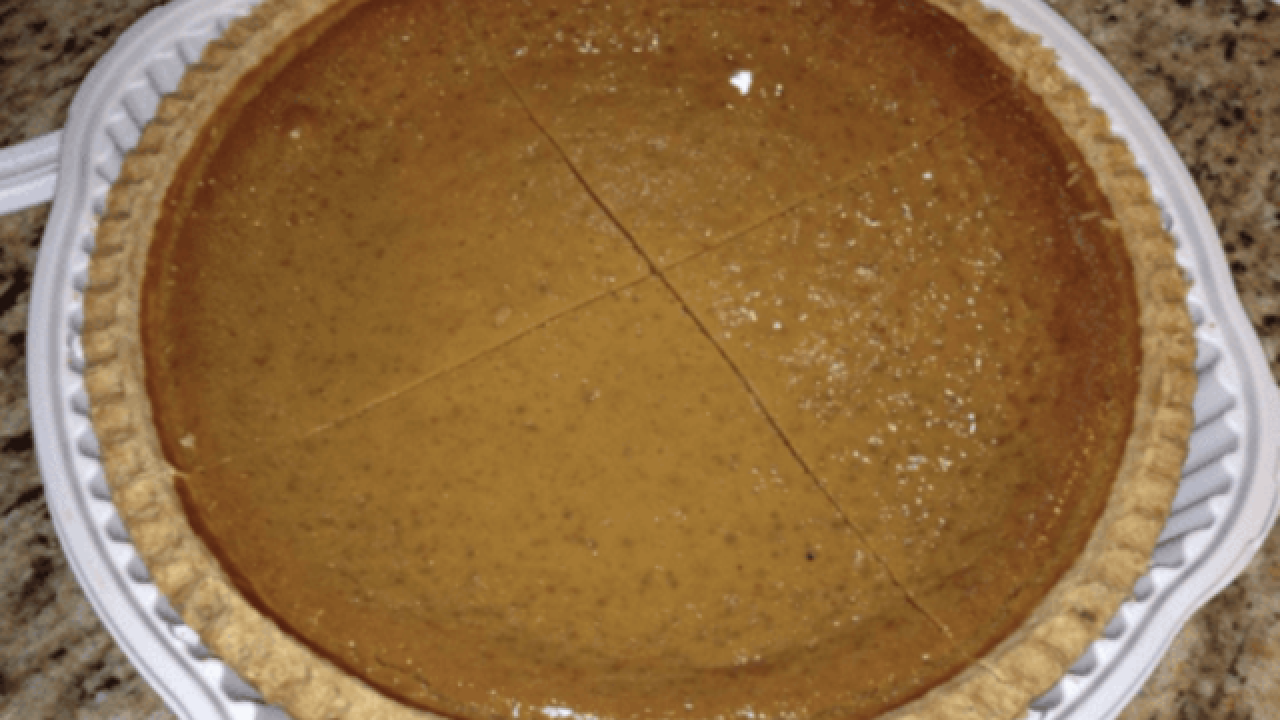 Costco shoppers are well aware that its 4-pound pumpkin pie is an amazing deal to feed the whole family for dessert. For everyone else, here’s everything you need to know about fall’s most anticipated Costco item.

Costco pumpkin pies are baked in-house using a family recipe from the mega-store’s vice president of bakery operations, Sue McConnaha, who is a former industrial baker. According to her interview in the Costco Connection, the company only uses the Dickinson pumpkin variety for the pie puree.

The bakery then combines a pre-mixed bag of dry ingredients and spice with whole eggs, canned pumpkin and water. The only detail that has changed since the pie was first brought on to the Costco scene back in 1987 is that the dessert’s size increased from 10 inches to the 12 inches we have been blessed with today.

The classic #pumpkinpie is back and this is when my diet goes out the door! This #pie is sooo good and only $5.99!! Our #holiday go to for #dessert! And it’s massive!!! #costcodeals #costco #pumpkin #desserts

More than 5.3 million perfectly-spiced pumpkin pies were sold out of Costco bakeries last year, with 1.75 million flying off the shelves in the three days prior to Thanksgiving alone. At just $5.99 a pie, I don’t blame anyone stocking up on this holiday staple!

This pie’s arrival to the shelves of Costco is so greatly anticipated that there’s even a Facebook page dedicated to it!

Another giant, festive pie on sale now? Sam’s Club’s enormous four-pound pumpkin cheesecake. Yes, y’all — four pounds of pumpkin-spiced indulgence waiting to be sliced up and eaten. This New York-Style cheesecake is swirled with pumpkin and topped with whipped cream, and the base is obviously a graham cracker crust.

For those of you who want to try a hand at baking one of these beauts from scratch, ’tis the season! Live Well Bake Often’s pumpkin pie recipe is easy to follow, and to make baking it even easier, she gives you the option of using a store-bought crust. (One tip she has that has proven useful to me in the past is partially baking your crust before adding the filling!)

Looking to try making a pumpkin cheesecake instead? Try out this Will Cook For Smiles recipe, which brings together a classic pumpkin pie with the creamy goodness of a cheesecake.