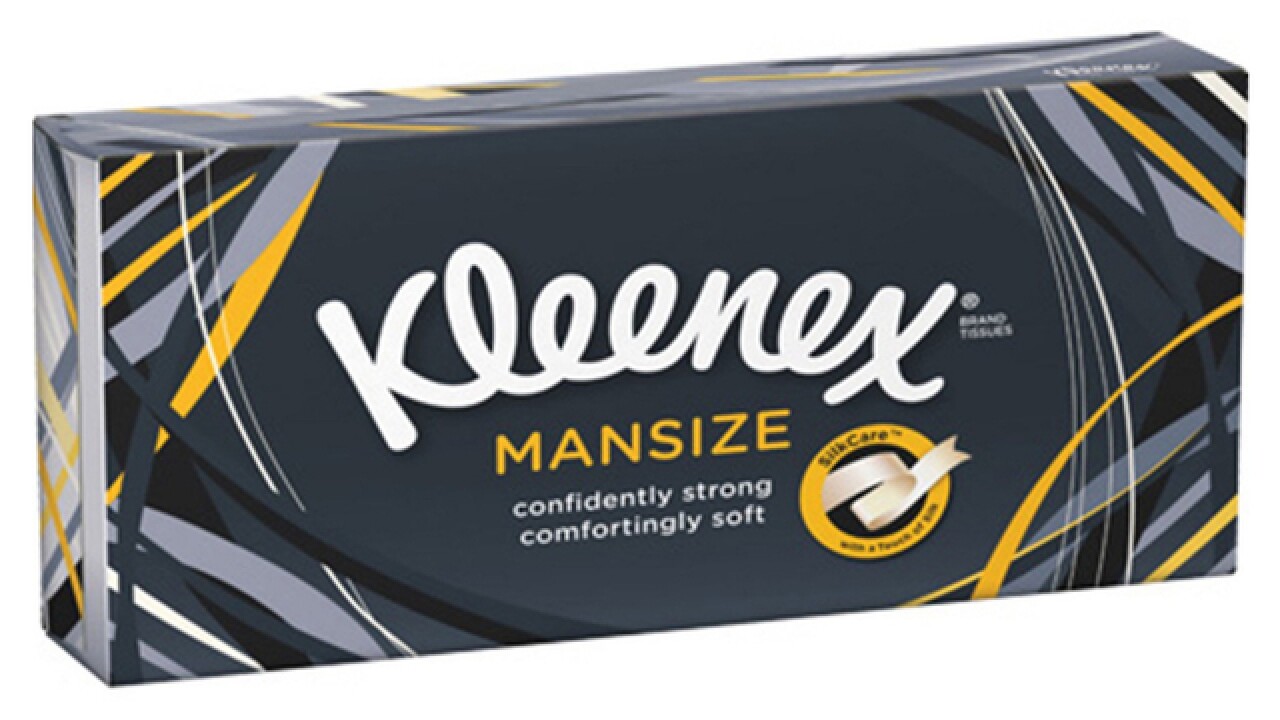 © 2018 Cable News Network, Inc.
<p>Kleenex is scrapping its range of "Mansize" tissues after 62 years, following complaints that the branding is sexist. The company first launched its tissues aimed at men in 1956, claiming they would "stay strong when wet."</p>

Kleenex is scrapping its range of "Mansize" tissues after 62 years, following complaints that the branding is sexist.

The company first launched its tissues aimed at men in 1956, claiming they would "stay strong when wet."

But complaints on social media about the product's gendered marketing is prompting the change.

Starting later this year, the tissues will be called "Kleenex Extra Large."

Kimberly-Clark, Kleenex's parent company, said it received a "consistent increase of complaints" about the branding.

"Kleenex Mansize tissues have been on shelves for the past 60 years. Over that time, the brand has always been characterized by a much larger tissue size, which is both soft and strong," the company said in a statement.

"Kimberly-Clark in no way suggests that being both soft and strong is an exclusively masculine trait, nor do we believe that the Mansize branding suggests or endorses gender inequality," the statement added.

Many customers had complained about the branding on social media, with users asking why women would be unable to use the same tissues as men.

"This extra-large, strong & gentle tissue is not just for men," the company claimed in response.

Sam Smethers, chief executive of UK-based women's organization The Fawcett Society, said the rebrand "is not to be sneezed at."

"Removing sexist branding such as this is just sensible 21st century marketing. But we still have a long way to go before using lazy stereotypes to sell products is a thing of the past," she added.