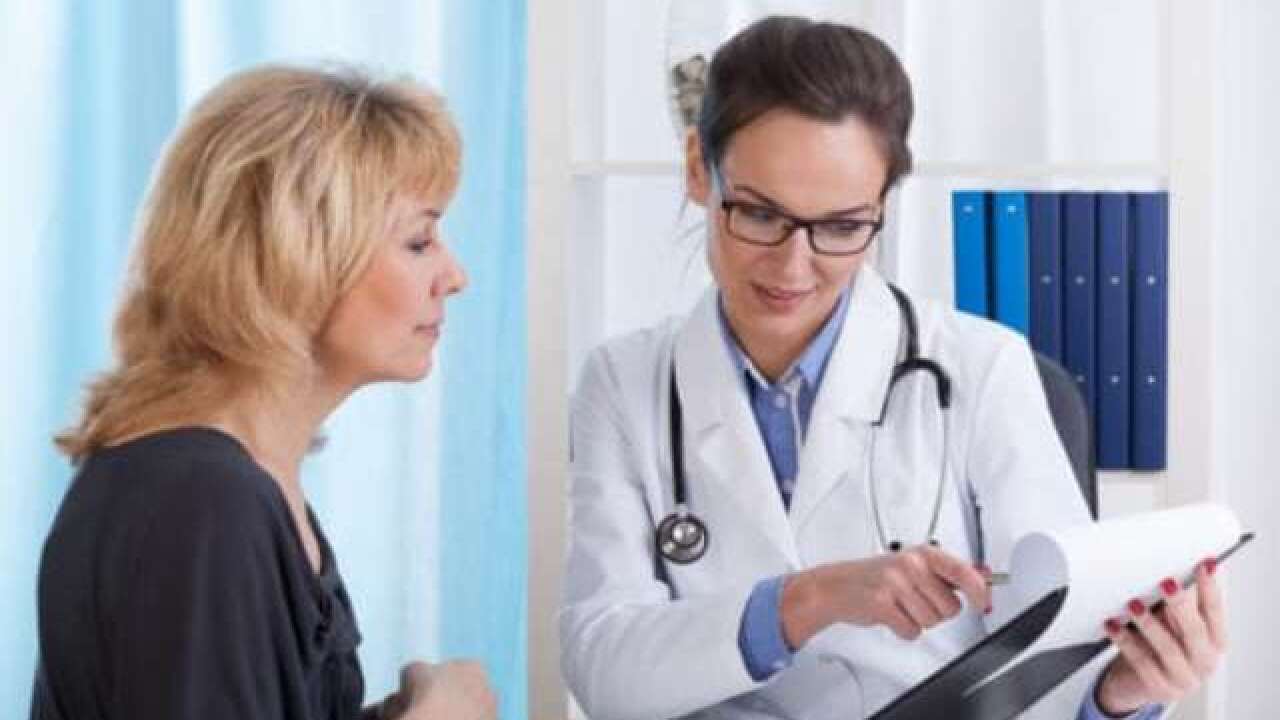 I was by far the youngest person sitting in the cold, hushed waiting room of an imaging center where I was about to have my first mammogram at age 35. I’m usually anxious before any sort of medical appointment, but I felt more calm than usual.

I was just taking a precaution as a woman with a high-risk family history. No big deal.

Recommended screening guidelines for women with a strong family history of breast cancer (like me) usually includes at least a yearly mammogram and doctor exam starting at age 40, as well as a monthly self-exam. Because both my mom and maternal grandma were diagnosed with breast cancer at younger ages (both survived) and because I have dense breast tissue, my doctor added a yearly MRI to my testing schedule and had me start early.

As I suspected, my mammogram was fine. And my doctor exam a few months later was also fine. Then I had a breast MRI six months later, and some areas lit up suspiciously.

Thus, began the nagging little feeling in the back of my mind. Every little twinge, soreness or dimple sent warning signals to my anxious brain. Cancer, cancer, cancer.

Finally, I had an ultrasound to check out what had shown up on the MRI. They found a benign polyp and nothing more. I began to think, “Is all this worrying really worth it?” All of this testing and then waiting for results and feeling relieved. Then knowing more testing lies only a few months ahead.

For the rest of my life?

In the year after my first round of testing, I was heavily weighing the necessity against the constant worry. This was when my gynecologist suggested I consider genetic testing.

My first introduction to genetic testing was about 10 years ago when my mom was tested for BRCA 1 and 2 genetic mutations during her breast cancer treatment. Issues with these 2 genes, in particular, can indicate a higher risk for breast and ovarian cancer. Testing positive for mutations in one or both of these genes can lead people to decide to have a preventative mastectomy and removal of their ovaries, most famously, like Angelina Jolie .

It’s also important for children to have this information so they can consider testing once they’re 18 or older. Kids have a 50 percent chance of inheriting mutations from their parents.

All those years ago my mom did not test positive so we breathed a big sigh of relief. Nine years on, my mom is cancer-free, although still on hormone-suppressing drugs. She was told her cancer was likely estrogenic and caused by the hormone replacement drugs she was on after her hysterectomy. It seemed like it could be situational, not something in her genes.

But today, scientists have discovered a lot more information about more gene mutations that can cause cancer. When choosing to do genetic testing you and your doctor can decide to test for specific gene abnormalities (like my mom did) or do a “common cancers” screening that looks for all the most common cancer-causing gene mutations.

I was referred to a genetic counselor who talked through my family cancer history with me and explained my options for testing. If you’re considering genetic testing I would definitely recommend meeting in-person with a trained genetic counselor who can answer all of your questions and give you advice. If there is new information discovered about any of your test results, this person can also contact you with an update, even years down the road.

I was aware that there were many types of genetic mutations. I asked a lot of questions. Yet, at the time I did the testing, I still felt confident I had no mutations. Like all the testing I did before, I was just taking a precaution.

Then, I tested positive for a PALB2 gene mutation . It’s not as well known as BRCA1 and 2, but it’s basically their partner and localizer gene that helps them repair the broken DNA that inhibits tumor growth. Because I have this mutation, that repair may not happen, causing tumors to grow. It had not been discovered when my mom was tested.

What This Means for Me

PALB2 causes an increased risk of breast cancer and a possible (not fully studied yet) higher risk of pancreatic cancer and ovarian cancer. Because of my family history of breast cancer paired with the gene mutation, I have a 58 percent chance of developing breast cancer by age 70. For comparison, the general population of women in the United States has a lifetime risk of 12 percent.

Practically speaking, this keeps my testing schedule exactly the same (mammogram, self-exams, clinical exam, MRI every year). But it does open up a lot of considerations of other preventative measures, similar to women with a BRCA1 or 2 diagnoses. This news made me feel like a ticking time bomb. I felt like I had to make lots of big life decisions, RIGHT NOW.

The first night my husband and I had a chance to sit and talk about it, we both discussed trying to have another child. If we were able to have a child, I would breastfeed and then have a preventative mastectomy. Or we could adopt and not take the risk of flooding my body with hormones during pregnancy.

I could also go on hormone-suppressing drugs or have my ovaries removed. Our daughter could have genetic testing done at age 18 so she could start early screening (around age 25) if she tested positive. The more we talked, the more I realized I had a lot to consider, and maybe I needed to slow down.

I’m still in the first few months of receiving this news. Right now, I write down my possible plans and I think about them. I do a little research (but no WebMD rabbit holes allowed). I’m growing my hair long and kissing my family more. I’m appreciating the moments I feel healthy and strong. Next, I’ll meet with my doctors. I’ll discuss with my loved ones. Then I’ll start putting my plans into action. One foot in front of the other. Doing the next right thing, for me.

Why I’m Glad I Did Genetic Testing

At first, my gene mutation diagnosis made my future feel very dark. It wasn’t what I expected, and I was worried about letting it take over my thoughts. Some days it does. Ultimately though, I’m glad I know my risk. It explains my family history and it gives me and my mom added reasons to continue being extra vigilant about our health. No more considering skipping any breast cancer screenings.

I want to be with my family for a long time. I want to see my daughter grow and be there for her when she has hard questions about the world and herself. And I want to be as healthy as I can be for as much of my life as possible. That’s what I’m choosing to focus on right now, continuing my testing schedule and getting on with living my life, whatever those tests may tell me.

In the next few years, I’ll need to make some of those big life decisions. I’ll possibly take more preventative measures. And thanks to genetic testing I have more information about my risk to help me.

Should You Consider Genetic Testing?

If you’re thinking about genetic testing, you should definitely discuss it with your doctor first. On top of your family history of cancer or other hereditary conditions, you should also consider how you will use that information to make future medical decisions. Finally, you have to think about how prepared you are to receive tough results . Make sure you have family, friends, and doctors you trust, who will support you, listen and help you.

It may sound dramatic, but I had moments where I felt like I was given a sneak peek at the story of how I was going to die. That’s a terrifying, lonely feeling. But the truth is, nothing in life is that certain. It can be tempting to start to look at your life through the lens of all the things that could give you cancer — and let’s be honest there are many — but then you’re probably not really letting yourself truly live.

If you choose to do genetic testing as I did, and your results aren’t what you hoped for, take heart. This is an opportunity for you to take steps to protect your health as best you can. It’s a way for you to give your family the knowledge they need to protect theirs. It can help focus you on what’s important. It has for me. In the end, that’s not a just a diagnosis, it’s a gift.