Forgotten soldiers, remains to be honored 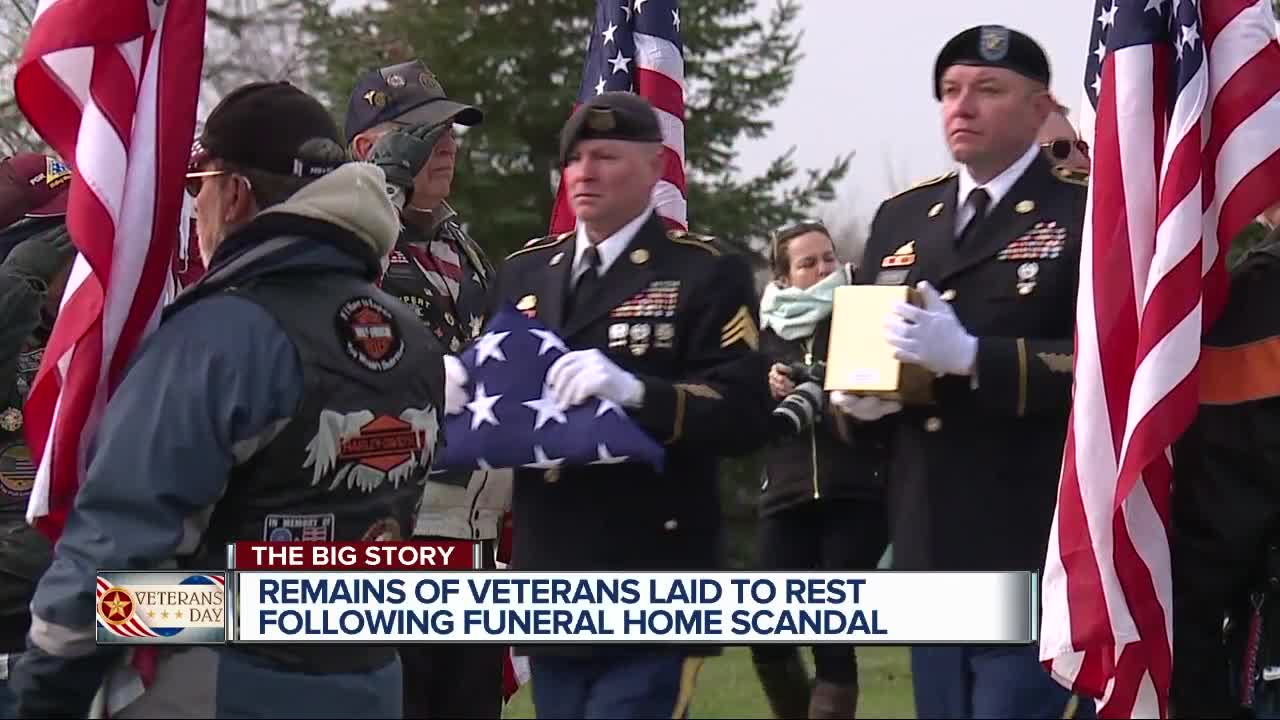 A day after millions of Americans celebrated Veterans Day, more than a dozen veterans with ties to Michigan get a chance to be honored. Verheyden Funeral Home has stepped in to oversee the transfer of 20 cremated remains to the Great Lakes National Cemetery on Monday morning after the remains of veterans were forgotten. 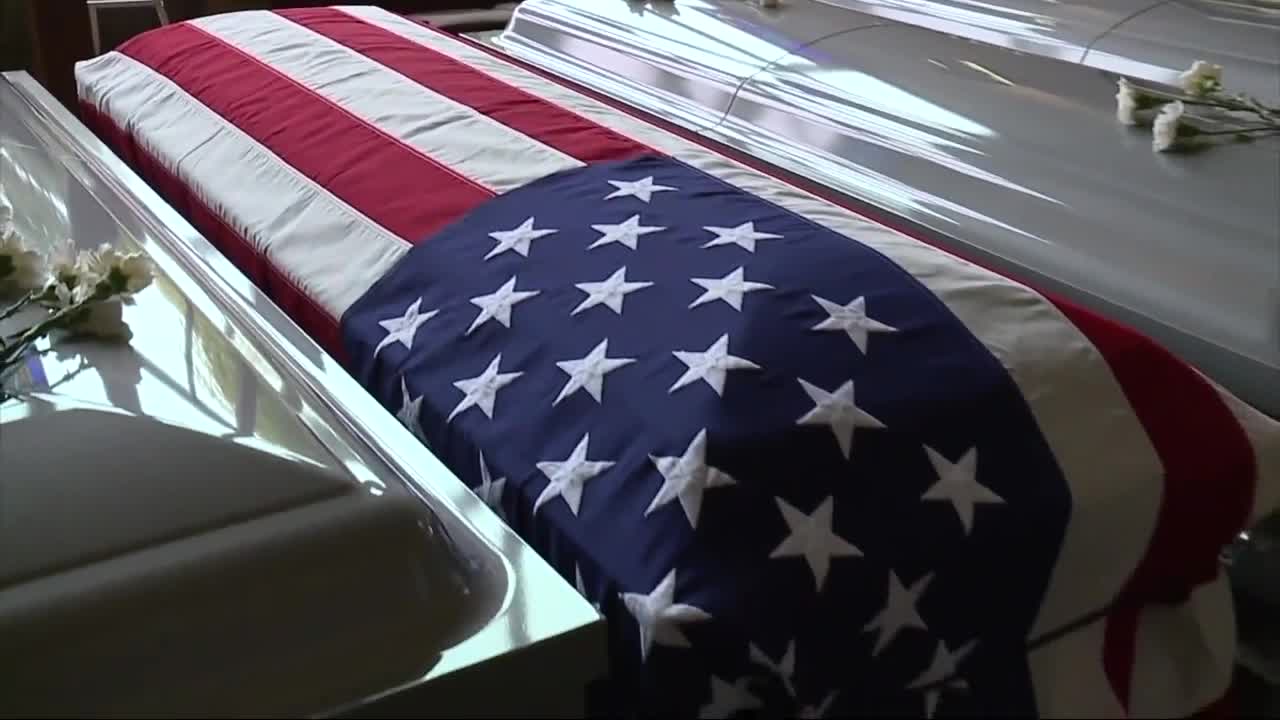 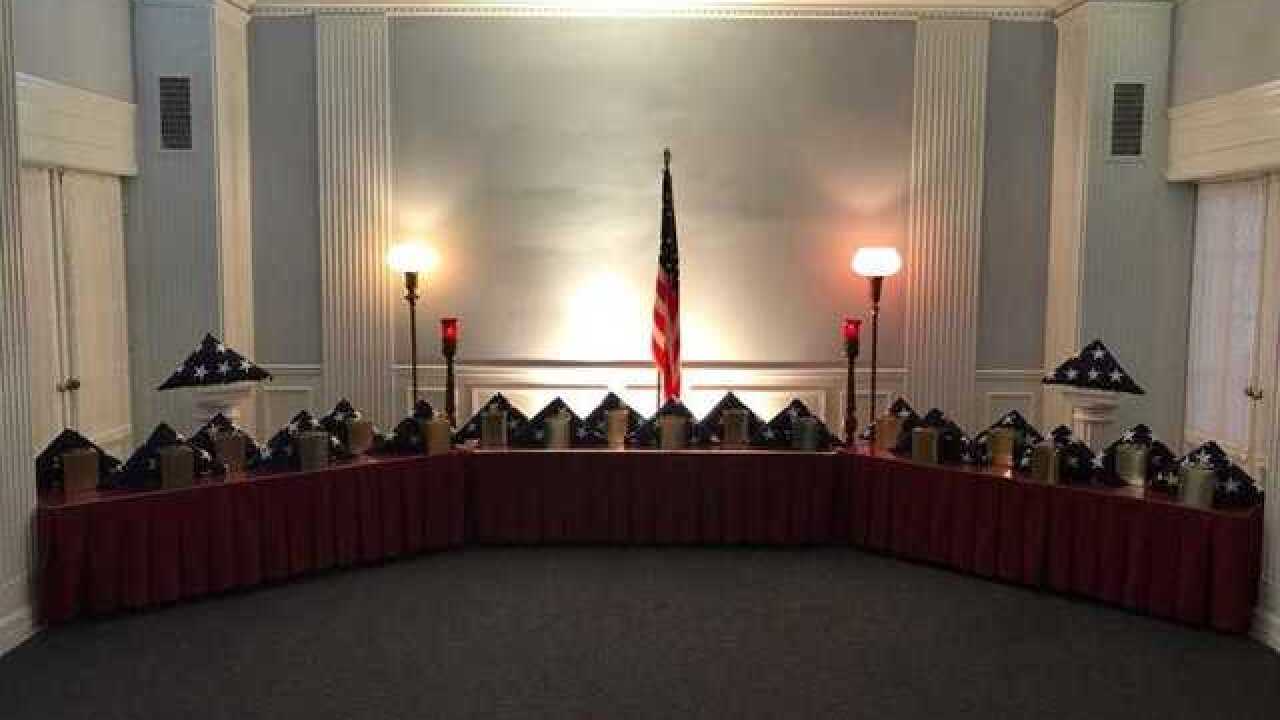 It was quite the sight to see on Monday morning — twenty hearses from around the state gathered in Grosse Pointe Park to transport forgotten veterans to their deserved home.

The remains of nearly 300 people were found inside the now-defunct Cantrell Funeral Home earlier this year. That includes the remains of fetuses found in the ceiling — and the cremated remains of more than a dozen veterans.

Volunteers gathered to transport each veteran in their own hearse to a final resting place at Great Lakes National Cemetery.

The 50 mile trip was led by Michigan State Police. Members of the Honor Guard gathered at the cemetery as family members, military members and members of the public moved by the news showed up to honor the veterans.

“I had to cry when I first came up here and saw all the people,” said Donna Martin. “It was beautiful.”

Martin’s brother Marshall Johnson died two years ago at the age of 71. A ceremony was held and Martin’s family was told that Johnson’s ashes were taken to the national cemetery. In April she learned that her brother’s remains were never taken. Simply recalling what it felt like to get that news brought tears to her eyes. She didn’t know where he was. She didn’t know whether he was cremated. She didn’t know anything.

On Monday the names of twenty servicemen were read aloud, a traditional three rifle volleys were fired and a veteran played “taps.” Each person was honored by a flag presentation — Martin said it was a special moment for her.

“To see all these people that I don’t know, to think that they care that much? I had to cry.”

According to Sean Baumgartner, the director of the Great Lakes National Cemetery, the priority for them is to ensure the veterans have found their permanent resting place.

“Today is extra special because these guys have peace now,” said Baumgartner. “We’re going to take care of them.”

Unfortunately there is more to be done — others affected by the Cantrell Funeral Home situation are still waiting to find their own peace. That includes people like Lorance Wise. His nephew showed up to the Verheyden Funeral Home on Monday morning in hopes of answers. Wise’s nephew, who goes by KD, said he believed his uncle was going to be a part of the memorial at Great Lakes National Cemetery. Instead, an issue with missing military papers left him waiting again.

He, like Martin, had believed his uncle was cremated and sent to Great Lakes National Cemetery years ago — he found out earlier this year that Wise was among those actually left inside Cantrell Funeral Home.

KD said he’d taken care of Wise for the last 15-20 years of his life and had a close bond. He doesn’t trust funeral homes after everything he’s been through and is now hopeful his family gets the same closure so many others received today.

In the meantime, those who have found the final resting place for their loved ones are grateful.

The following veterans were honored at the Great Lakes National Cemetery on November 12th: