150 Minneapolis officers file for disability, with most claiming to suffer from PTSD 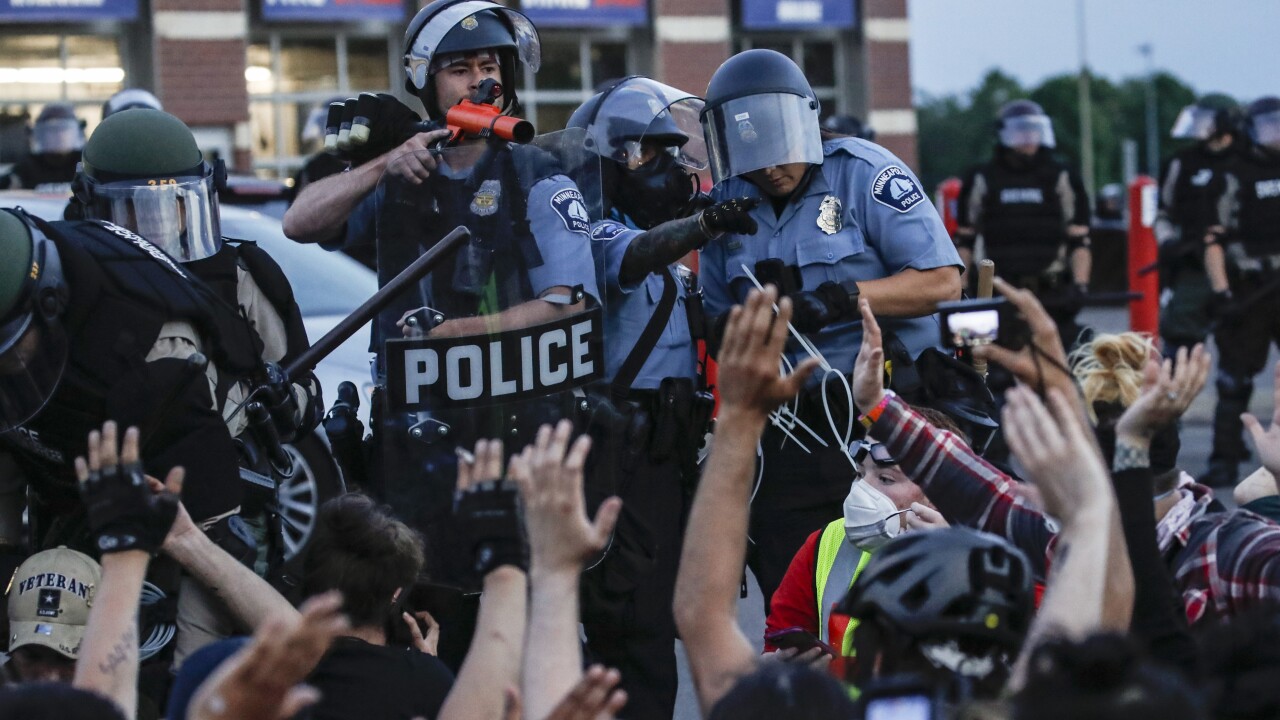 Copyright 2020 The Associated Press. All rights reserved.
John Minchillo/AP
FILE - In this Sunday, May 31, 2020, file photo, a police officer points a hand cannon at protesters who have been detained pending arrest on South Washington Street, in Minneapolis. (AP Photo/John Minchillo, File)

MINNEAPOLIS, Minn. – More than 150 officers with the Minneapolis Police Department have started the process of filing physical and mental disability claims, with a majority saying they’re suffering from post-traumatic stress disorder (PTSD).

The law firm representing many of the officers, Meuser, Yackley, and Rowland, made the announcement Friday, saying the events following the death of George Floyd have “pushed many officers to their breaking point.” Those events include the burning of the department’s third precinct.

The law firm’s founder, Ron Meuser, Jr., wrote in a statement that many of the officers he represents were at the third precinct the day and night it was abandoned during the protests over Floyd’s death.

“Officers were taking such extreme steps as writing final notes and texts to loved ones – fearful they wouldn’t make it home, and some saying they felt they needed to reserve their last bullet rather than being beaten to death,” wrote Meuser.

The attorney says he’s seeing PTSD symptoms of officers with highly diminished capacity to live and socialize, extraordinary rates of divorce, and alcohol dependency to cope with their trauma.

“It is an emotional crisis that cannot and should not continue,” wrote Meuser.

The law firm says the number of officers claiming to have suffered PTSD over the past six weeks accounts for about 18% of the department’s 850-person force.

“The men and women in public safety who give their heart and soul to serve Minneapolis and keep it safe deserve to have Minneapolis leaders to step up and supporting them,” wrote Meuser. “Instead of spending time plotting the dismantling of the force, let’s come together to improve community trust and work towards a safer city for all.”

Chauvin and three other officers involved have been fired and persistent protests across the country led prosecutors to swiftly charge them. Chauvin has been charged with murder, while the others are facing aiding and abetting charges.