Ann Marie's All Stars: Grant Sobczak is 15 and wants the change the world 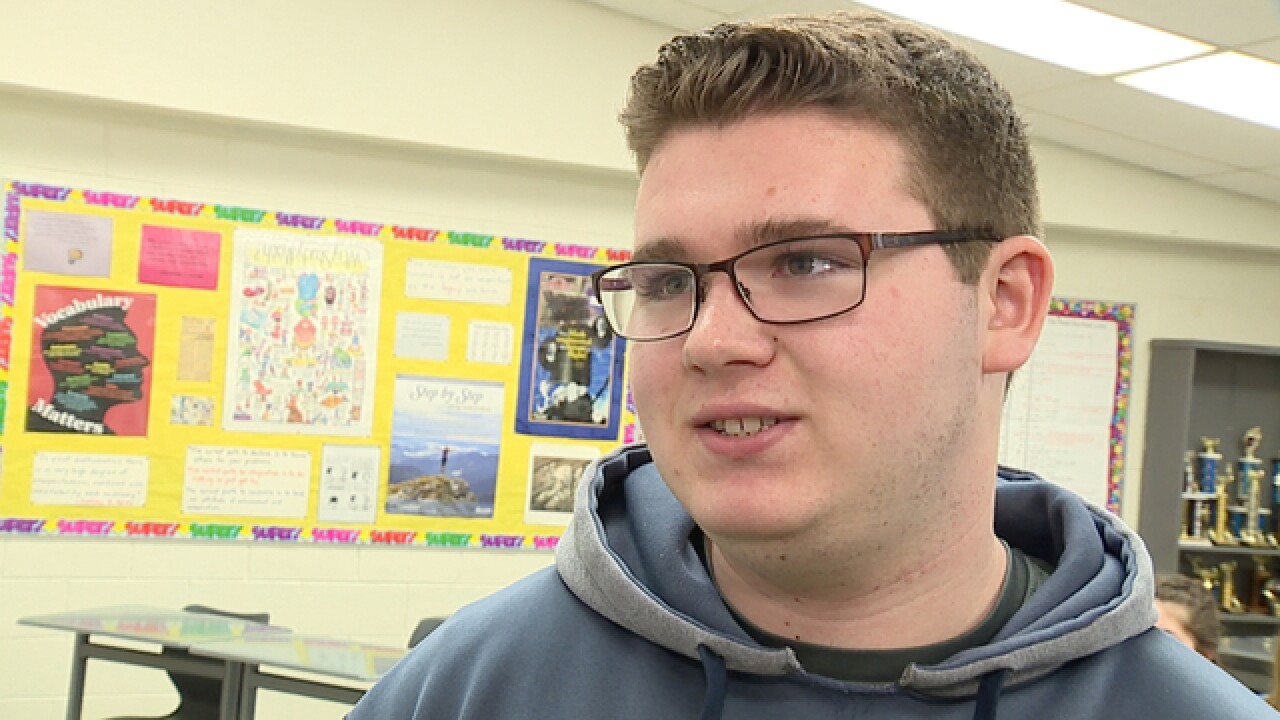 With schools cutting budgets and looking to save in any way one student has come up with an idea that has administrators listening.

“To have a high school student who’s thinking out of the box about a situation where most people wouldn’t even think of,” Ann Owen, principal of Emerson Middle School said. “He wants to save the planet, he wants to save us all time, money, energy to make everything much more fluent.”

“Schools will spend $16,000 a year on paper and ink – school districts and that’s ridiculous,” he said.

That’s why he created MyDigiSlips, a way of reducing paper, ink and labor costs in schools.

“Teachers are the hardest working people, they’re the people that’s gonna change the lives of you know, thousands of people and so if we’re able to save schools that amount of money and invest it in the students and teachers,” Sobczak said.

It’s a model already being used in his former middle school.

“He has gotten our school to demo it and kind of be his guinea pig and we have used many different applications of it and think it’s gonna be a great tool,” Owen said.

She says the process is setting an example for all of her students.

Sobczak says this 15 month project that’s coming to an end and will be ready commercially in March.

“Grant is a phenomenal young man – he thinks much more like maybe a 50 year old business man and he has amazing skills with people and presentation,” Owen said.

To nominate someone for Ann Marie’s All Stars email annmarie.laflamme@wxyz.com

Why this person deserves to be honored as an All Star: