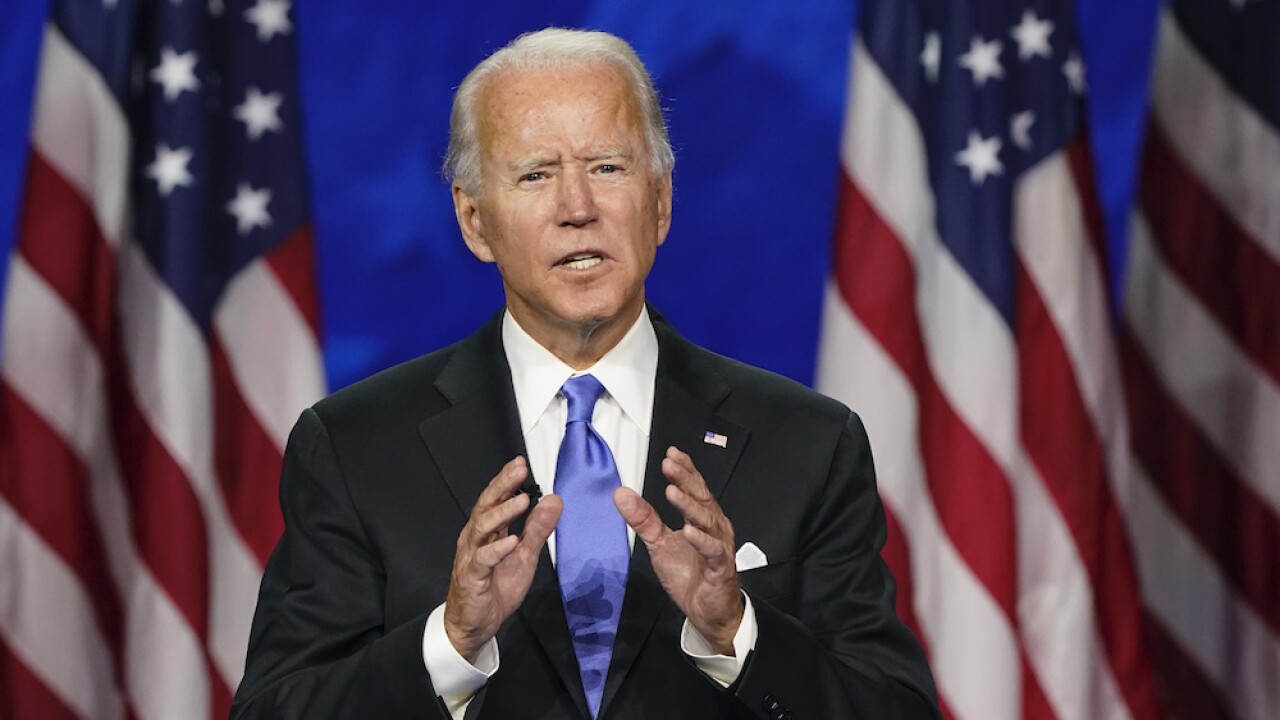 During a press conference on Wednesday, Democratic presidential nominee Joe Biden said that he believes the police officers who shot Jacob Blake and Breonna Taylor should be charged with crimes.

Biden added that the person who shot a Trump supporter during a weekend confrontation in Portland, Oregon should also face charges.

When asked by reporters how Biden would keep Americans safe in times of civil unrest, Biden said he wouldn't "incite violence" and would condemn it when occurred. He accused Trump of acting "irresponsibly" by not condemning violence amid protests.

"Protesting is a right and free speech is a right. But to engage in violence: Burning, looting, unrest in the name of protesting is wrong and people should be held accountable," Biden said.

Biden added that he "didn't hear much" from Trump in regard to the shooting of Jacob Blake.

Biden is scheduled to visit Kenosha tomorrow, where he says he will "meet with community leaders." Biden's visit will come two days after Trump visited the city — a visit that largely consisted of viewing damage caused by riots and meeting with law enforcement officials.

Biden's comments came a day after Taylor's boyfriend, Kenneth Walker, filed a $10.5 million lawsuit against the Louisville Metro Police Department in connection with the fatal shooting that stemmed from a "no-knock warrant."