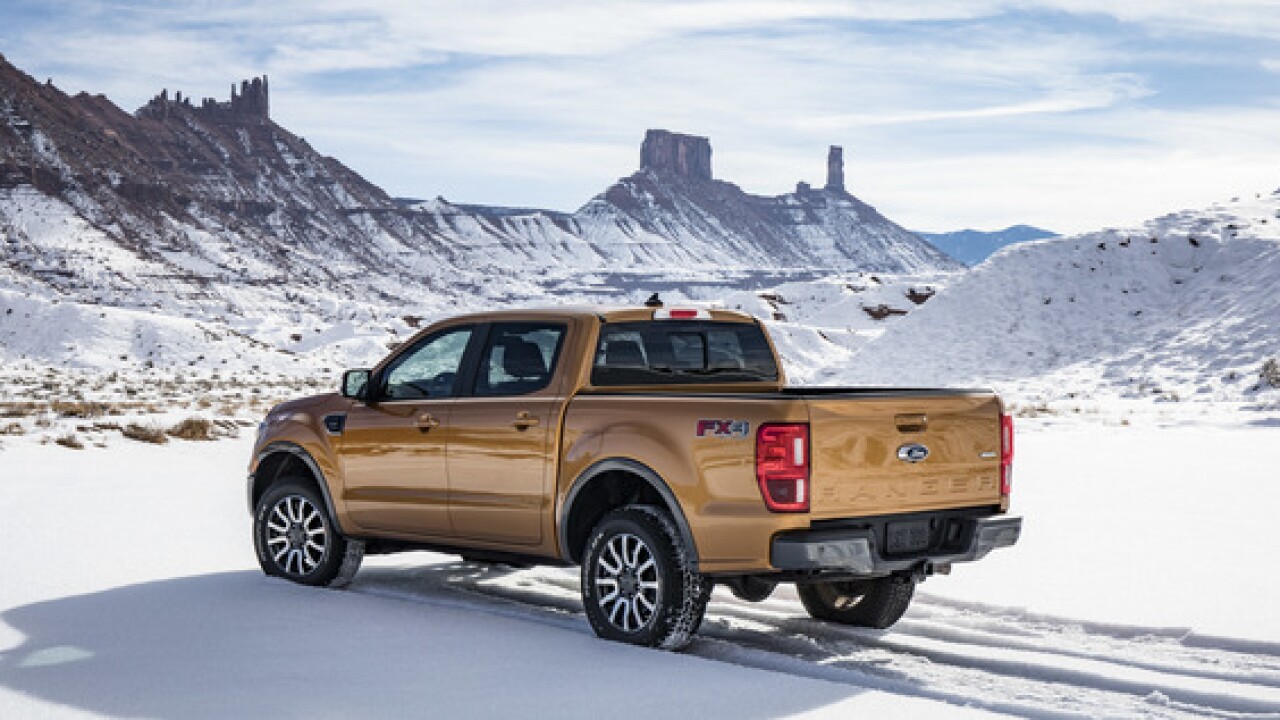 Ford is unveiling its newest ad campaign "Built Ford Proud" this weekend as the company prepares to replace 75 percent of its U.S. lineup in the next two years, including all-new Ford Ranger, Escape and Explorer next year and an all-electric performance SUV in 2020.

Working with advertising agency Wieden + Kennedy, the campaign will highlight Ford's innovation and manufacturing over the past 115 years.

"Every Ford employee I know comes to work each day proud to drive a Ford vehicle and to build great products, services and experiences for our customers," said Joy Falotico, Ford group vice president and chief marketing officer. "That's at the heart of this campaign."

The new ads usher in Ford's onslaught of new vehicles in the SUV and truck segments, including the Ranger pickup, which starts production this month at Ford's Michigan Assembly Plant, and the new Escape and Explorer on sale next year. Approximately 75 percent of Ford's vehicle lineup will be all new by 2020.

Ford's new lineup of vehicles will include more hybrid models, more electric vehicle choices and all with Ford's Co-Pilot360.