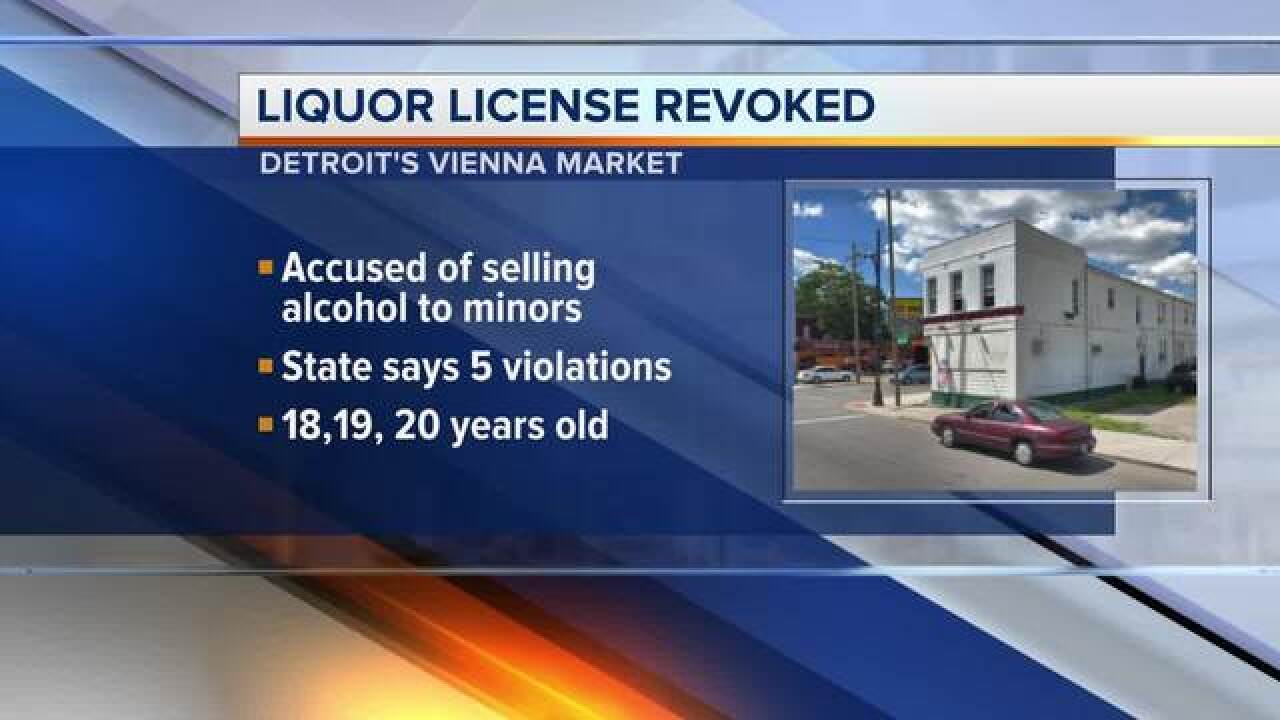 A liquor store in Southwest Detroit has lost its license.

According to the Michigan Liquor Control Commission, Vienna Market is responsible for selling alcohol to minors.

It was found liable for five violations involving three different cases that happened within a 7-month period. Investigators say the underage buyers were between 18 and 20 years old.

The commission said the licensee, Amer Nahhas, sold to two minors in both the first and third incidents. It also found that there was nothing in the liquor store to indicate that any efforts, policies or technology had been implemented to prevent the future sale of alcohol to minors.