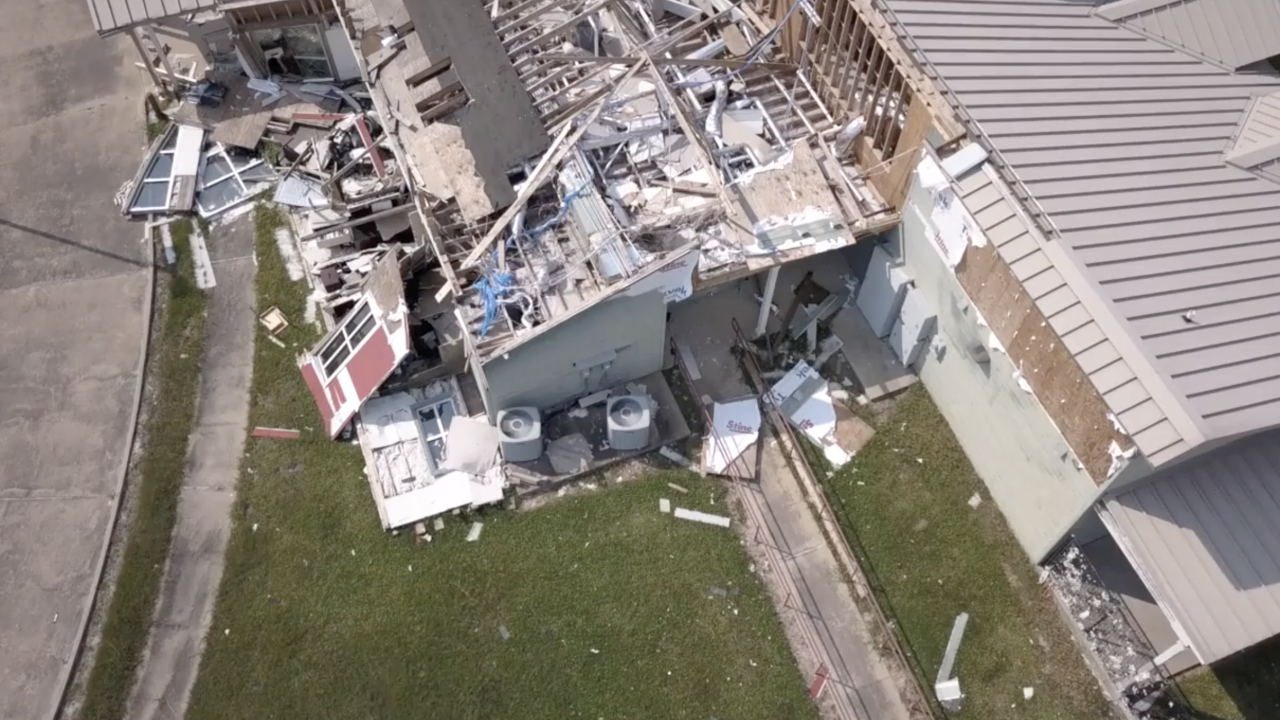 Communities are still rebuilding after a Category 4 Hurricane Laura hit Louisiana in August.

“I feel like I was coming to a third-world country when we came back," described Pam Abshire when she returned to southeast Louisiana home following the storm.

As she assessed the damage to her home, Abshire began picking up shards of glass from the windows that were blown out by the hurricane.

Abshire is an elementary school art teacher. She says she plans to use the glass for a project at school.

"They’ll have something to remember and they can hang on to," she said.

The year 2020 has proven that Mother Nature knows how to challenge those who live in places like the Gulf Coast.

In October, Hurricane Delta brought flooding, wind, and more pain to those who are still trying to clean up after Hurricane Laura less than two months ago.

Dr. Tyson Green's home was destroyed by Laura and he doesn't know where his family of six will call home next.

His family evacuated ahead of the storm, but he stayed behind to care for his patients. Now, he's raising thousands of dollars for frontline medical workers who lost everything in the storms.

Other businesses, who were already struggling through the pandemic, are trying to stay afloat.

As a man with a guitar plays upbeat music outside Jason Machulski's downtown Lake Charles market, business is giving him a positive outlook.

Like many business owners this year, the pandemic has been a fight.

Hurricane Laura knocked his power out for a month. His lights are now back on, but for many others, they’ll stay dark.

“A lot of businesses that are local staples are just gone," he said.

The people of Lake Charles may wonder why Mother Nature chose them.

“You just trust in God that he’s going to take care of things," said Abshire.

For those still sifting through the rubble, rebuilding is less about why and more about what you can learn on the journey to recovery.

“Picking up the pieces and going forward, and that’s what we’re going to do," Abshire said.