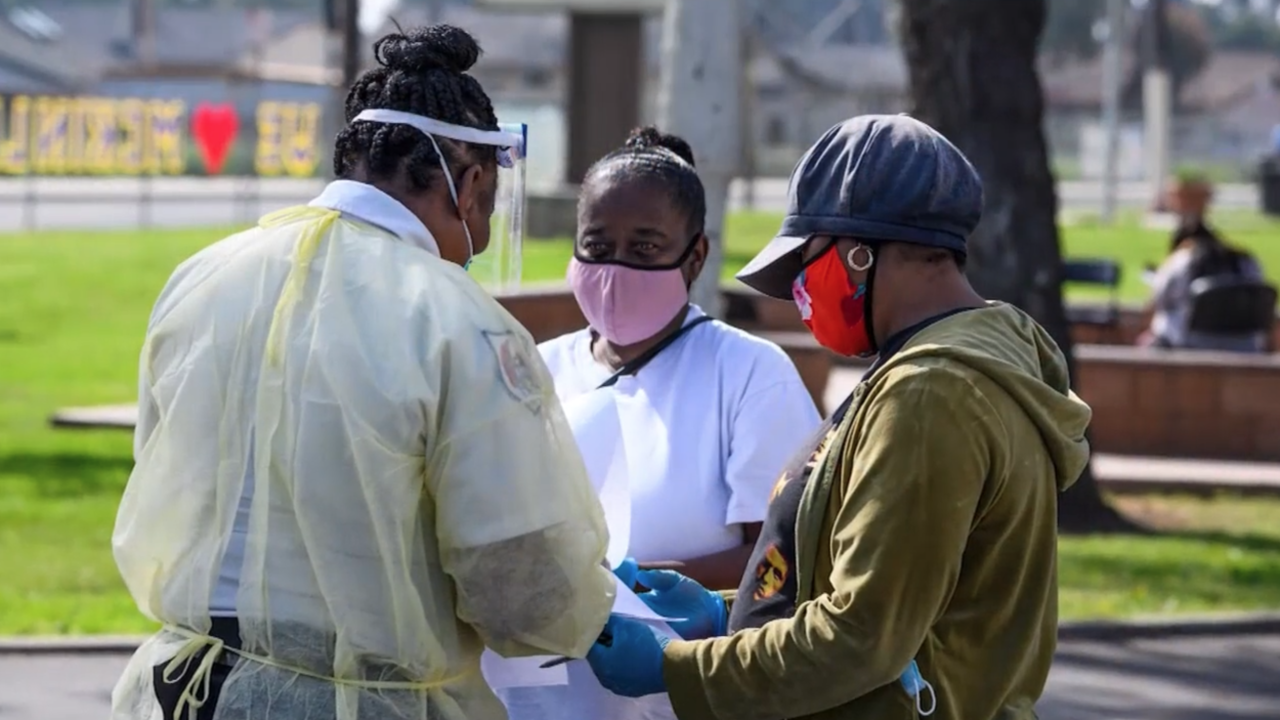 DENVER, Co. -- The COVID-19 pandemic is not impacting all communities equally. Studies show minority neighborhoods are being hit hardest. From higher mortality rates to unequal access to care, African American, Latino and Native American communities are being impacted in higher numbers.

One doctor said the virus is exposing racial inequities in our health care system and widening the gap in services between racial groups.

“Racism makes all of us sick,” said Dr. Rhea Boyd, a pediatrician and health advocate. “COVID-19 has exposed some underlying racial health inequalities that have long existed in this country.”

Boyd has dedicated her life to understanding these inequities and creating solutions to fight them. She said now, these solutions are more important than ever. She delivered testimony to the House Congressional Committee on Energy and Commerce on these inequalities and how to address. them.

“African Americans have lower access to every health care service in this country, except amputation. Just think about that,” she said.

Boyd said the first issue is minorities have, especially during the pandemic, is less access to affordable insurance and medical care.

“More than half of black folks in this country lost their jobs because of COVID-19, and along with Latin communities, that means we have a huge group of folks who don’t have affordable access to health care,” she said.

“The mortality gaps for COVID-19 are actually worse in relatively young people,” she said.

Boyd said her research shows these higher minority mortality rates can come from a list of reasons. One of the most important: access to clean water.

“We know that Black and Latino households are 2.5 times more likely to have unclean water in their households than white households,” she said.

Native American households are 19 times less likely to have clean water than white households, according to Boyd.

“At a time when hand washing is the most profound and simple public health intervention, we have a disproportionate distribution of clean water,” she said.

Boyd said protection on the job is another reason more minorities are ending up in the ER with COVID-19.

“Essential workers tended to be folks of color and particularly women of color, and because they didn’t have in their industries access to PPE, their work became a source of exposure, and contributed to the racial inequities we saw in this pandemic,” said Boyd.

Boyd said the deepest and hardest to cure infection: discrimination. “The stress of discrimination comes from the stress of insecurity,” Boyd explained. “Not knowing where your next paycheck will come from, where your next meal will come from, or if your family is safe when they leave your home—all of those things are increased threats folks of color face not because of things they’re doing. It’s because of how they’re treated because of their race and ethnicity.”

Those stresses have physical consequences.

“That increases harmful hormones, like cortisol, that makes you sick. It contributes to things like heart disease, high blood pressure and mental health issues like depression and Alzheimer’s,” said Boyd.

In the short term, Boyd said these harmful inequities can be fought by: mandatory mask wearing and more widespread testing.

“If we were able to have a better understanding of who is most affected, where and when, you could target intervention to those groups,” she said. “It would save resources, it would be time efficient.”

In the long term, she believes universal health care and more help from employers can even the playing field for minorities.

“We can do better than we’re doing and it’s going to take all of us pitching it to make that happen,” she said.

For more information on Dr. Boyd’s research, visit these resources.