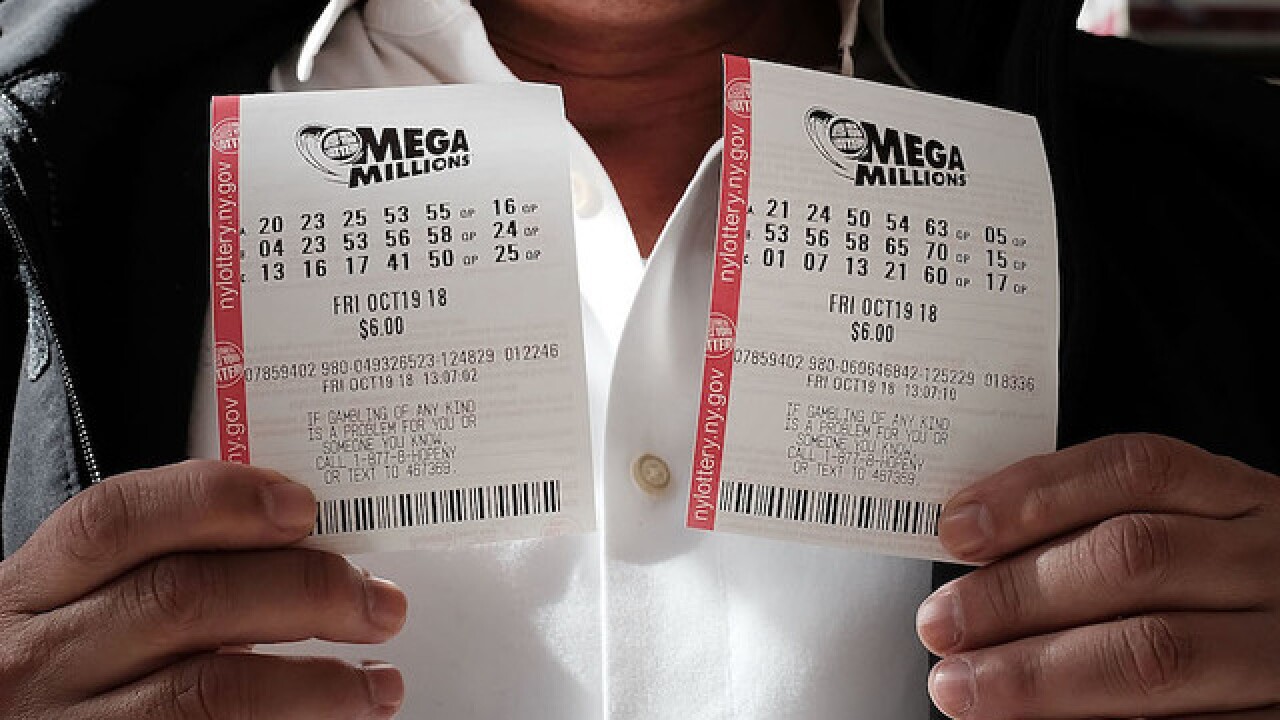 Image copyright 2018 Getty Images. All rights reserved. This material may not be published, broadcast, rewritten, or redistributed.
Spencer Platt
<p>Carlos Davila holds up his Mega Millions lottery tickets at a Brooklyn store on October 19, 2018 in the Brooklyn borough of New York City.</p>

Is this the night someone makes U.S. lottery history?

Tuesday's Mega Millions drawing is for a jackpot estimated at $1.6 billion, which would be the nation's largest-ever.

That's the value if the winner or winners select annuity payments. The one-time cash option is estimated at $905 million -- still nothing to sneeze at.

The current US lottery jackpot record is $1.586 billion, won in a Powerball drawing in January 2016.

And speaking of Powerball: That game's next drawing is Wednesday, for an estimated jackpot of $620 million.

That puts the jackpots for the nation's two largest lotteries at more than $2.2 billion.

"It's hard to overstate how exciting this is -- but now it's really getting fun," Gordon Medenica, lead director of the Mega Millions Group and director of Maryland Lottery and Gaming, said over the weekend.

Mega Millions has already smashed its own jackpot record, which was $656 million, shared by winners in three states in March 2012.

The nation's largest lottery jackpots have rolled for a few months.

No one has won the Mega Millions jackpot since July 24, when 11 coworkers in California split $543 million.

Powerball has climbed since there was a winner in New York on August 11.

Each Powerball or Mega Millions ticket is $2. The games are played in 44 states, Washington, D.C. and the U.S. Virgin Islands. Powerball also is played in Puerto Rico.