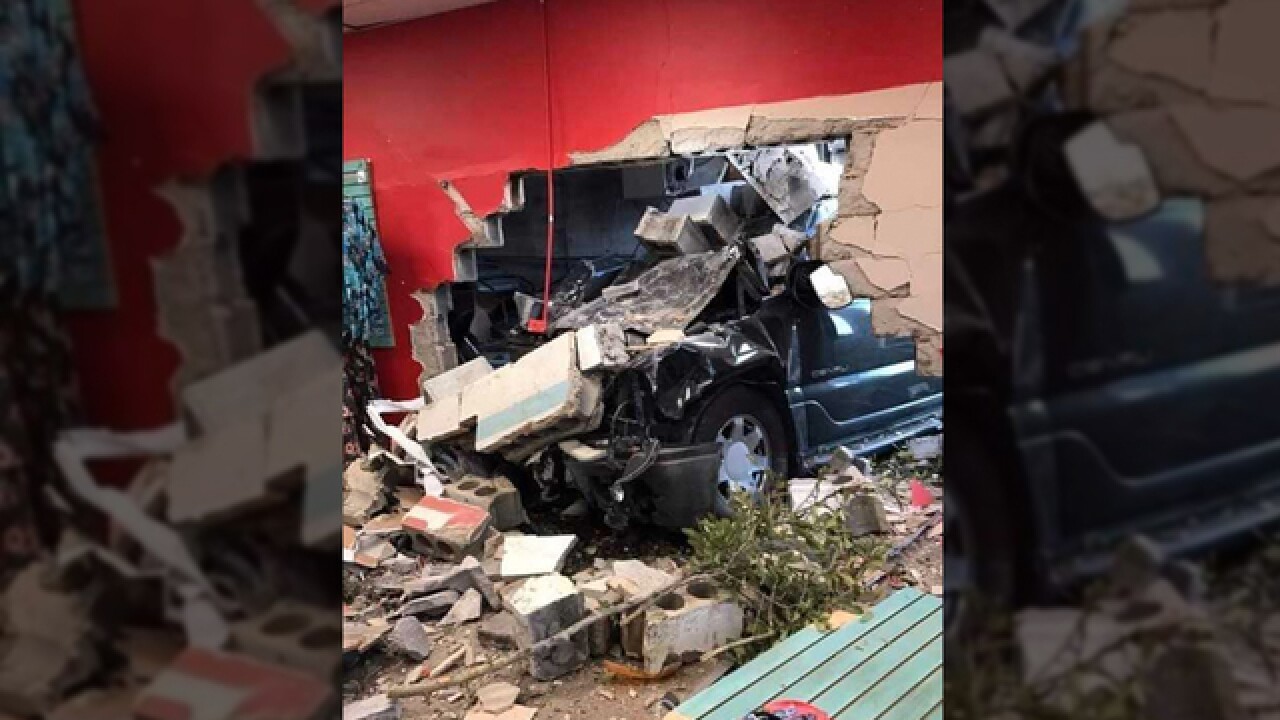 PARSONS, Tennessee — A 12-year-old boy led a Decatur County, Tennessee deputy on a chase Thursday morning during a “joyride” in his father’s truck before later crashing into a building.

The call came in around 5:45 a.m. local time when the owner of the vehicle reported it as his son and truck.

Sheriff Keith Byrd said the boy went on a "joyride" in his father's truck.

A deputy later spotted the truck and tried to stop it but the boy allegedly fled. From there, he crashed into a business near two highways.

The was significant damage to the building.