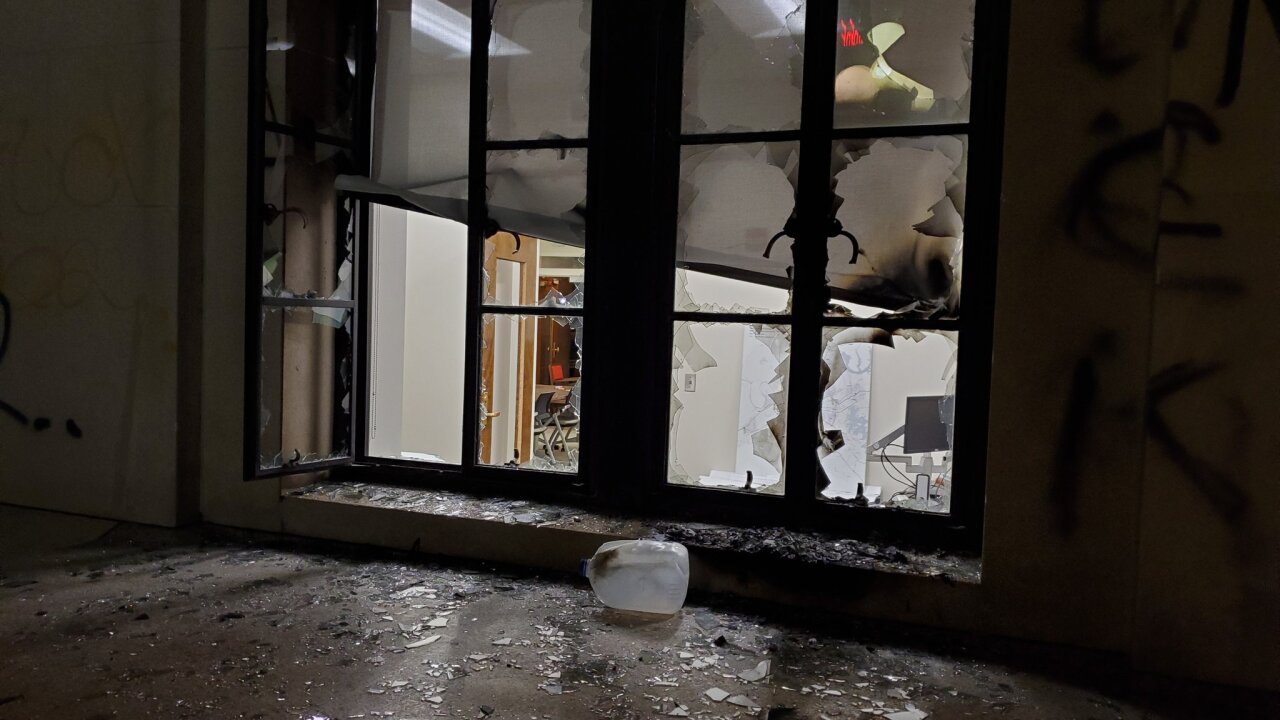 NASHVILLE, Tenn. -- Twenty-eight people were arrested or cited in Nashville after what began as a peaceful protest on Saturday turned into destruction and vandalism downtown.

Of the number of people arrested, the Metropolitan Nashville Police Department said only three were from out of state: Arlington, Texas, Chicago, Illinois, and Buffalo, New York.

The majority of those arrested were from the Metro Nashville area and 23 of the arrests were made after city's 10 p.m. curfew went into effect.

Those arrested were given a variety of charges including assault on an officer, disorderly conduct, resisting arrest, criminal trespass, burglary, breaking curfew, possession of a handgun and public intoxication.

As of 2 a.m. Sunday, 30 businesses and buildings in the downtown were damaged, including Nashville's historic courthouse which was significantly vandalized with graffiti, had multiple windows broken and was damaged by fire and water.

Other buildings in the Lower Broadway area had broken windows and/or stolen merchandise, including the following businesses:

This story was originally published by Caroline Sutton at WTVF.