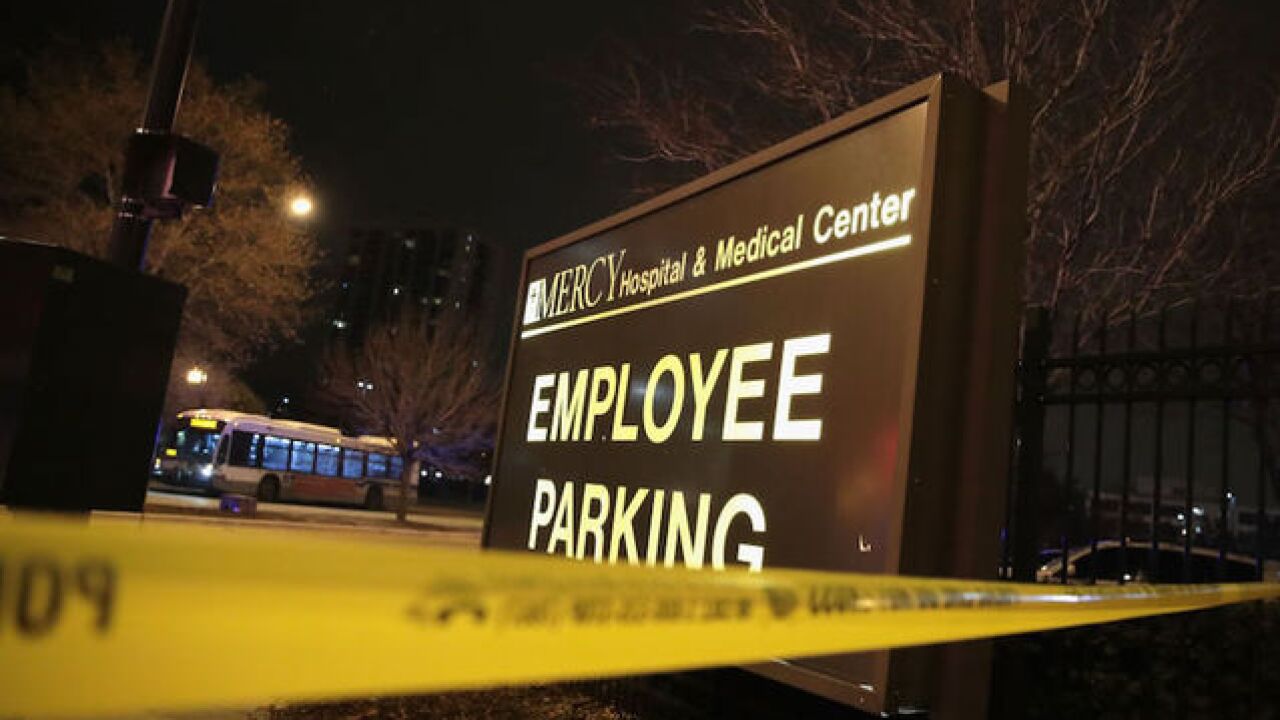 Image copyright 2018 Getty Images. All rights reserved. This material may not be published, broadcast, rewritten, or redistributed.
Scott Olson
<p>Crime scene tape secures an area around Mercy Hospital after a gunman opened fire on November 19, 2018 in Chicago, Illinois.</p>

Thanksgiving week got off to a violent start Monday with four fatal shootings across the US in a matter of hours.

Attacks in a Chicago hospital, on a Denver street, at a suburban St. Louis business and in a Philadelphia basement left 10 people dead -- including one of the gunmen -- and at least four people wounded.

A gunman killed 3 at a Chicago hospital

A police officer, a doctor and a pharmaceutical assistant were killed after a Monday afternoon shooting at Chicago's Mercy Hospital.

The gunman, who was in a relationship with the one of the victims, also died, police said.

It's not clear if he died from police gunfire or a self-inflicted gunshot wound.

Around 3:30 p.m., the gunman approached one of the female victims -- a hospital employee -- in the hospital's parking lot and an argument ensued. Police were called after the man revealed a handgun to a friend of the woman who had tried to intervene.

When officers responded to the scene, the gunman opened fire on them before they could exit their vehicle. Officers followed him into the hospital and exchanged gunfire with him, police said.

During the shootout, police officer Samuel Jimenez -- a father of three -- was fatally wounded.

One person was fatally shot and four others were wounded Monday in downtown Denver, officials said.

One victim was pronounced dead at the scene and four people were taken to the hospital, all in a stable condition, the Denver Police Department said.

The shooting occurred just after 4 p.m. near Coors Field on Lawrence and 21st streets.

Police are talking to witnesses hoping to get a description of a suspect, authorities said.

In Missouri, a sexual assault and fatal shooting

St. Louis County police are searching for a man believed to be armed and dangerous after a woman was shot at a Catholic Supply business in Ballwin, Missouri -- about 30 miles west of St. Louis -- Monday afternoon.

Officers called to the scene found her suffering from an apparent gunshot wound, the St. Louis County Police Department said in a statement.

The suspect committed a sexual assault and shot a woman at the business before fleeing the scene, police said.

The victim was taken to a hospital and police later said on Facebook that the incident "is now a homicide investigation."

Police called to a home in Southwest Philadelphia midday Monday found the bodies of four people in the basement.

The victims -- two men and two women who appeared to have been in their 30s -- each were shot in the head, Philadelphia Police Commissioner Richard Ross told reporters.

"All four of these individuals were executed. There are no ifs, ands or buts about it," he said.

He said preliminary information suggested that the two men were related.

CNN affiliate 6ABC reported that police said at least one of the men lived in the house.