9/11 anniversary: Remembrance ceremonies to take place across the country

A large American flag is unfurled at the Pentagon to mark the anniversary of the Sept. 11 attacks. 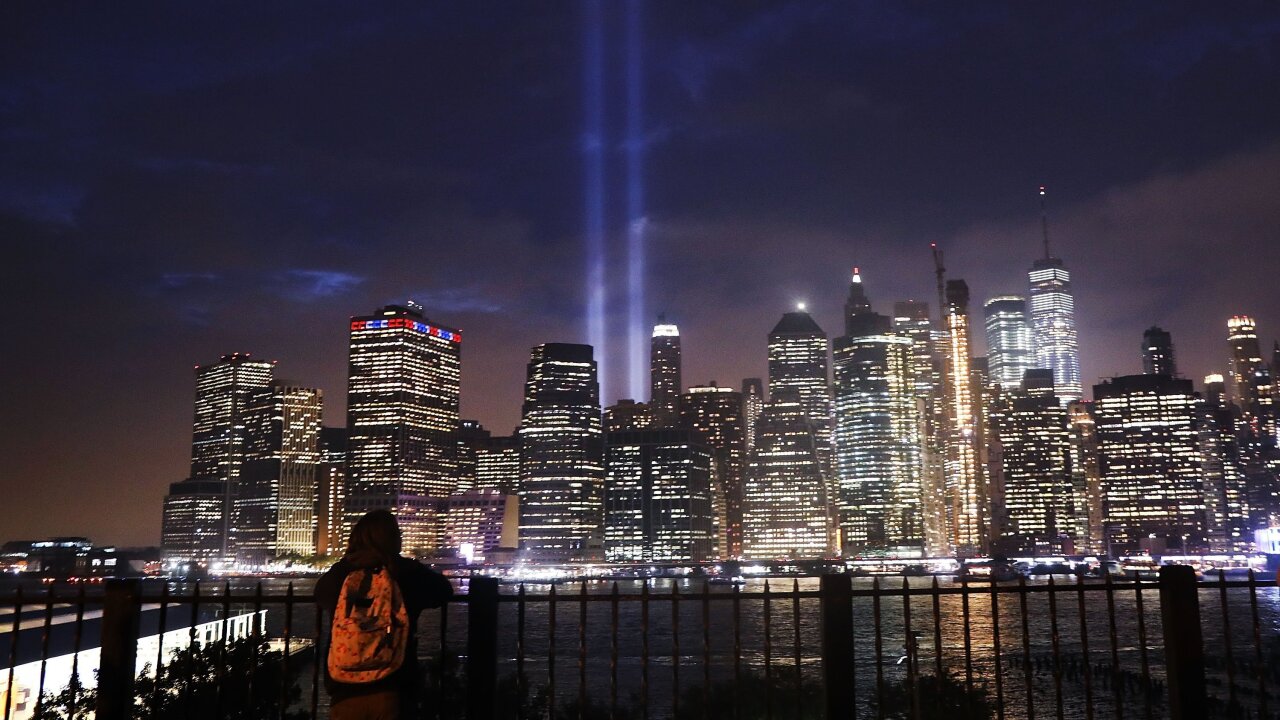 It's become a solemn and sacred ritual in the United States each September 11 -- pausing for part of the day to remember the victims of the 9/11 terror attacks.

While the attacks happened at the Twin Towers in lower Manhattan, the Pentagon across the Potomac River from Washington and a lonely field outside Shanksville, Pennsylvania, the entire nation -- and indeed the world -- absorbed the horror of airliners being turned into weapons.

Demonstrating the enduring legacy of that day in 2001, here are some of the places holding observances around the United States on the 18th anniversary of 9/11.

Watch live as President Donald Trump participates in a ceremony at the Pentagon.

The most shocking images and loss of life came at the World Trade Center complex -- and the site became holy ground for many Americans.

The National September 11 Memorial & Museum opened in 2014 in the same location and today is the main national gathering site documenting the events of 9/11.

Starting at 8:40 a.m. ET Wednesday, the memorial and museum will host its annual commemoration ceremony for family members of the victims of the 2001 attack as well as a 1993 attack.

While the public isn't invited, you can watch the ceremony live on the museum's Facebook page or on 911memorial.org/live .

The memorial and museum will be reopen the public at 3 p.m. Wednesday.

And public is invited to the Tribute in Light that will shine upward from the 9/11 Memorial Plaza, which will be open until midnight. The museum's website says "the lights will be on beginning at sunset on September 11 and will fade away at dawn on September 12."

New York will never forget that day. Here is a small sampling of the many observances being held (all times are local):

And from 7:15 a.m. to 1:15 p.m., the Port Authority will fly what it says is the world's largest free-flying flag at the George Washington Bridge, part of Interstate 95 that connects upper Manhattan and New Jersey.

At the Pentagon, 184 people were killed when hijacked American Airlines Flight 77 was crashed into the building, the potent symbol of US military might.

From 9:30 to 11 a.m. Wednesday, there will be a private ceremony at the Pentagon Memorial for survivors and families of those who were killed. US President Donald Trump is scheduled to attend . The public can visit the memorial after the ceremony is concluded. 1 N Rotary Road, Arlington, VA 22202; +1 301 740 3388

-- City of Alexandria : At 10 a.m., the Virginia city will hold a remembrance. Market Square, 301 King Street.

-- Arlington Cemetery : At 9:30 a.m., people will gather for a brief ceremony and moment of silence. Bozman Plaza flagpoles at 2100 Clarendon Blvd.

Thanks to bravery of passengers on Flight 93, the fourth hijacked airline never made it to Washington and instead crashed into a field near Shanksville.

Elsewhere in the United States

Showing how far and wide 9/11 reached in distance and time, here is a small list of the many types of ceremonies and observances being held across America:

-- Milwaukee, Wisconsin : CNN affiliate WTMJ has a podcast of Wisconsin residents who share how their lives were changed by the attacks.