A US citizen born in Philadelphia says ICE detained him anyway 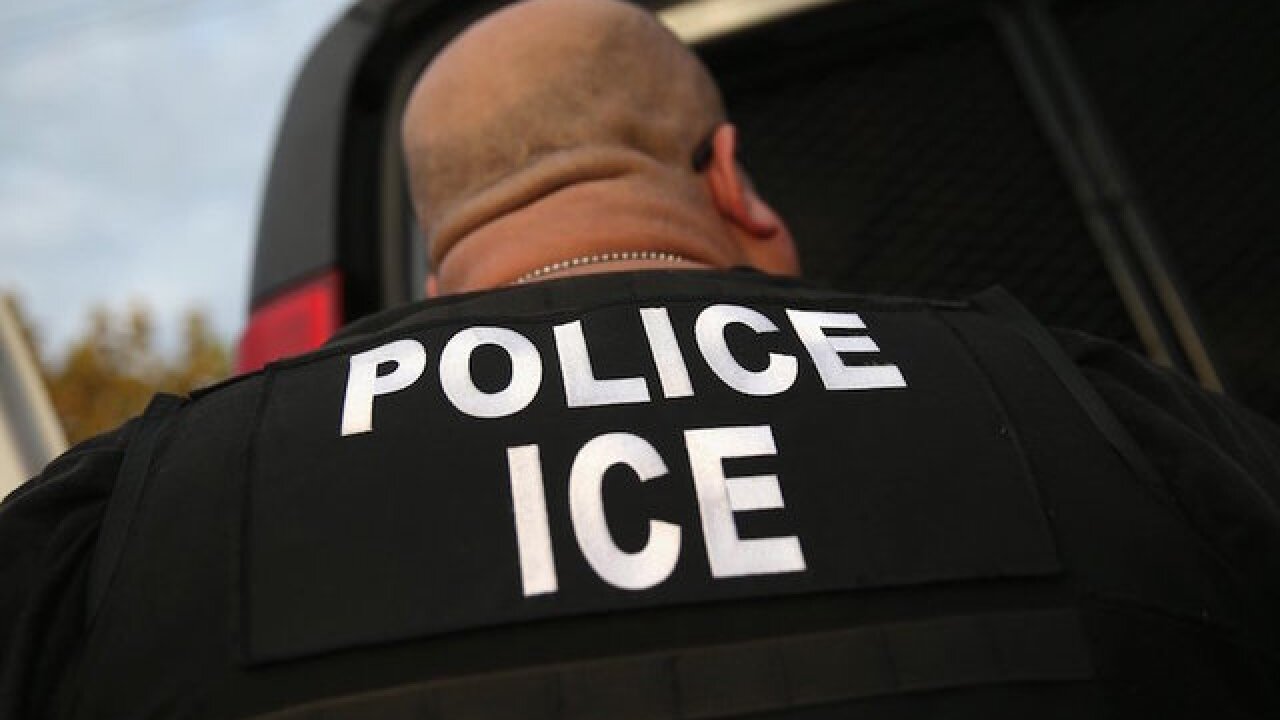 Copyright Getty Images
Getty Images
<p>A coalition of immigrant rights groups filed a lawsuit Monday on behalf of a US citizen they allege was illegally detained in Monroe County, Florida, and nearly deported as a result of a request from ICE FULL CREDIT: John Moore/Getty Images North America/Getty Images</p>

Peter Sean Brown was born in Philadelphia. He'd only spent a day in Jamaica once on a cruise.

But even though he repeatedly told authorities in Monroe County, Florida, that he was a US citizen, according to a federal lawsuit filed Monday, they held him in custody and threatened that he was headed to a Jamaican prison, citing a request from Immigration and Customs and Enforcement.

Now, more than seven months after he allegedly ended up in an ICE detention center, Brown, 50, is suing the Monroe County sheriff, alleging he was illegally detained.

The complaint filed by a coalition of immigrant rights groups Monday in US District Court for the Southern District of Miami details Brown's allegations about his April 2018 detention and its aftermath.

"Despite his repeated protests to multiple jail officers, his offer to produce proof, and the jail's own records, the Sheriff's Office held Mr. Brown so that ICE could deport him to Jamaica -- a country where he has never lived and knows no one," the lawsuit says.

Brown was detained in early April 2018 after turning himself in for a probation violation, the lawsuit says.

After his detention, authorities allegedly sent information about him to ICE, and in response the agency issued what's known as a detainer request, paperwork that asks local law enforcement agencies to hold a person for up to 48 hours beyond when they would otherwise be released so that ICE agents can pick them up.

As a result, the lawsuit alleges, Brown was illegally held in detention and eventually transferred from the local jail to the Krome immigrant detention center in Miami.

He was released from ICE custody after a friend sent a copy of his birth certificate to ICE, according to the suit.

"After confirming that Mr. Brown was a US citizen, ICE hastily arranged for his release from Krome. Before he left, they confiscated all the documents they had given him regarding his impending deportation," the lawsuit says.

If his friend hadn't been able to provide a copy of his birth certificate to ICE, Brown would have been deported, the complaint alleges.

"It's shocking and not right that somebody can lose their human rights and have all dignity stripped away simply because someone delivers a piece of paper or signs a form," Brown said in a statement released by the American Civil Liberties Union, one of the organizations representing him.

Attorneys representing Brown argue that the case highlights flaws in ICE's detainer system and shows why local authorities shouldn't do the agency's bidding.

Attorney Jonathan N. Soleimani said in a statement that the sheriff's "practice of blindly effectuating ICE detainer requests -- even where there is clear evidence undermining their basis -- resulted in a violation of Mr. Brown's constitutional rights."

ICE has said it issues detainer requests to local law enforcement agencies to protect public safety and carry out its mission.

But the practice is controversial. Advocates for sanctuary cities, local jurisdictions that don't cooperate with ICE when it comes to immigration enforcement, accuse the agency of targeting people who don't pose public safety threats.

Brown isn't the only US citizen who's been detained by ICE.

An investigation by the Los Angeles Times earlier this year found that ICE had released more than 1,400 people from custody since 2012 after investigating citizenship claims.

Matthew Albence, a top ICE official, told the newspaper that the agency takes any assertions that a detained individual may be a US citizen very seriously.

ICE updates records when errors are found, Albence said in a statement to the Times, and agents arrest only those they have probable cause to suspect are eligible for deportation.

In a video released by the ACLU, Brown explained one reason behind his lawsuit.

"I would never have expected in a million years that this would happen, and I can tell you it's not a good feeling. And with policies like this in order and people implementing them like that, it was only going to continue," he said. "There has to be a stop at some point, before it becomes all of us."