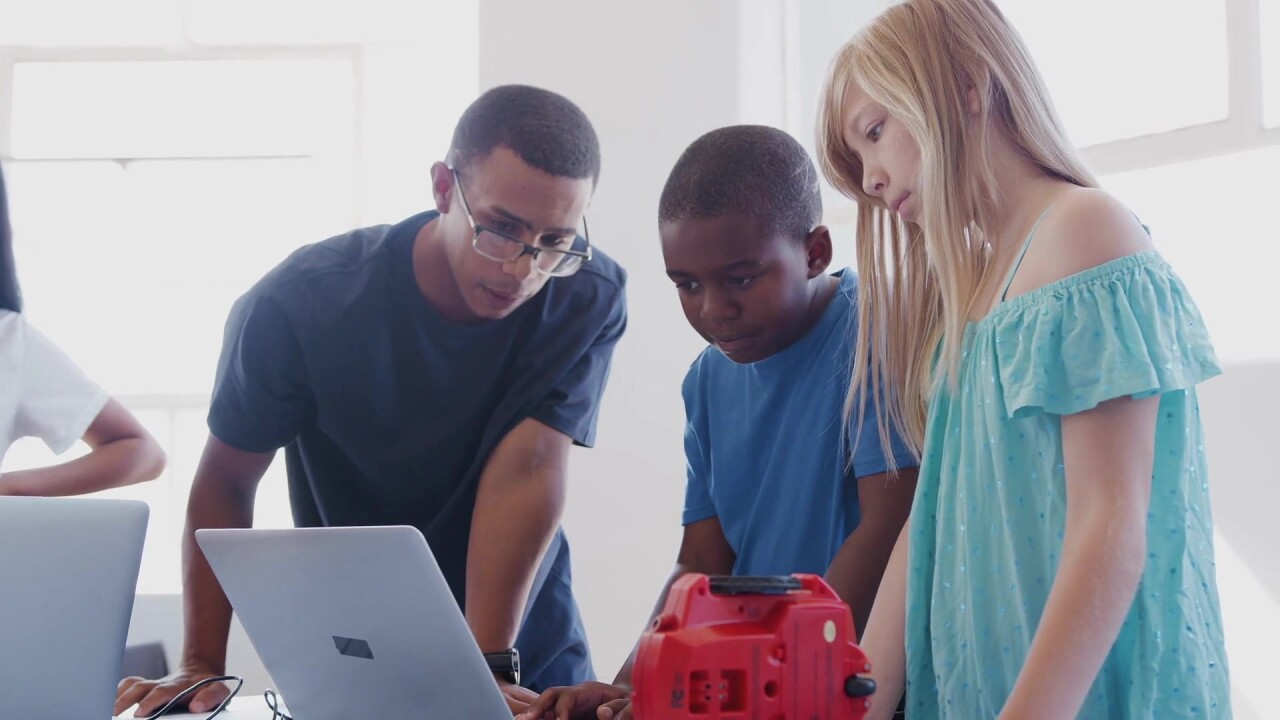 Parents are approaching back-to-school as best they can, whether their kids are learning at home or face-to-face in the classroom. Many are also relying on after-school programs to help keep their kids mentally and academically successful.

"The reality is that because most of our schools are virtual or hybrid, after school is all the time and so our programs have been on overdrive to try and meet the need of all of our working parents. And whether you’re working from home or you have to go into work, it’s really hard to do that when you have kids that are home," said Jodi Grant, the Executive Director of the Afterschool Alliance.

Grant says after-school programs during the pandemic are essential. The national organization works with 27,000 programs across the country that are not only providing meals to children, but also virtual classroom spaces and childcare for working parents.

"I think we need to stop and put the kids first. And there’s a lot of creative ways that our kids can be learning, and they don't need to be isolated. After-school programs have jumped to do that and jumped through hoops to do that," said Grant.

YMCA of the USA has slowly been reopening some programs since the spring, including a number of day camps this summer. As the fall approached, organizers realized they needed to expand after-school programs.

"We saw the need in the community to pivot to an all-day childcare model, where the children can now come to the Y, they’ll be separated into different pods and staff as they go through their virtual learning programs via their schools," said Ryan O'Malley with YMCA of the USA.

O'Malley says there are more than 370 YMCA locations providing full-day childcare and virtual learning classrooms in 45 states across the country. Boys and Girls Clubs of America has 4,700 locations in the U.S. and right now more than 83% of them are providing some level of service.

"I think it's critical for both the physical safety but also the emotional safety for those young people and being able to provide those services," said Misty Miller, Senior Vice President for Organizational Development, Field Operations for the Boys and Girls Clubs of America.

Miller says a majority of their Boys and Girls Clubs have opened in some capacity.

"With many of our schools being virtual, we have about 1,300 sites that are opening for the full day to be these virtual learning hubs or safety zones, if you will, which is a different place for us. And it's a very expensive place for us. Clubs are increasing their operating costs," said Miller.

Boys and Girls Clubs reports it’s spending at least three times as much as it normally does on after-school care to accommodate safety protocols for COVID-19. YMCA of the USA says they've lost more than $1 billion in revenue since the spring and that after-school programs are suffering financially right now.

"Very much so. I think it's a combination of things. One is that the programs that are operating its much more expensive to do. In many cases they have to rent additional space, they have to hire more staff, it's longer hours. We are pushing very hard in the next COVID bill to get some federal resources into after-school [programs] so that we can do this one-time short-term influx of money," said O'Malley.

Some after-school programs are even helping families cover the costs of childcare, since many parents are finding it hard economically right now to pay the fees.

"We are looking to the communities for that support but we’re also looking to the federal government for that support. Ys are facing financial hardship that only the federal government can provide, so we’re really asking Congress to give back and look for that relief for charities that are so important to keep non-profits open like the Y open," said O'Malley.