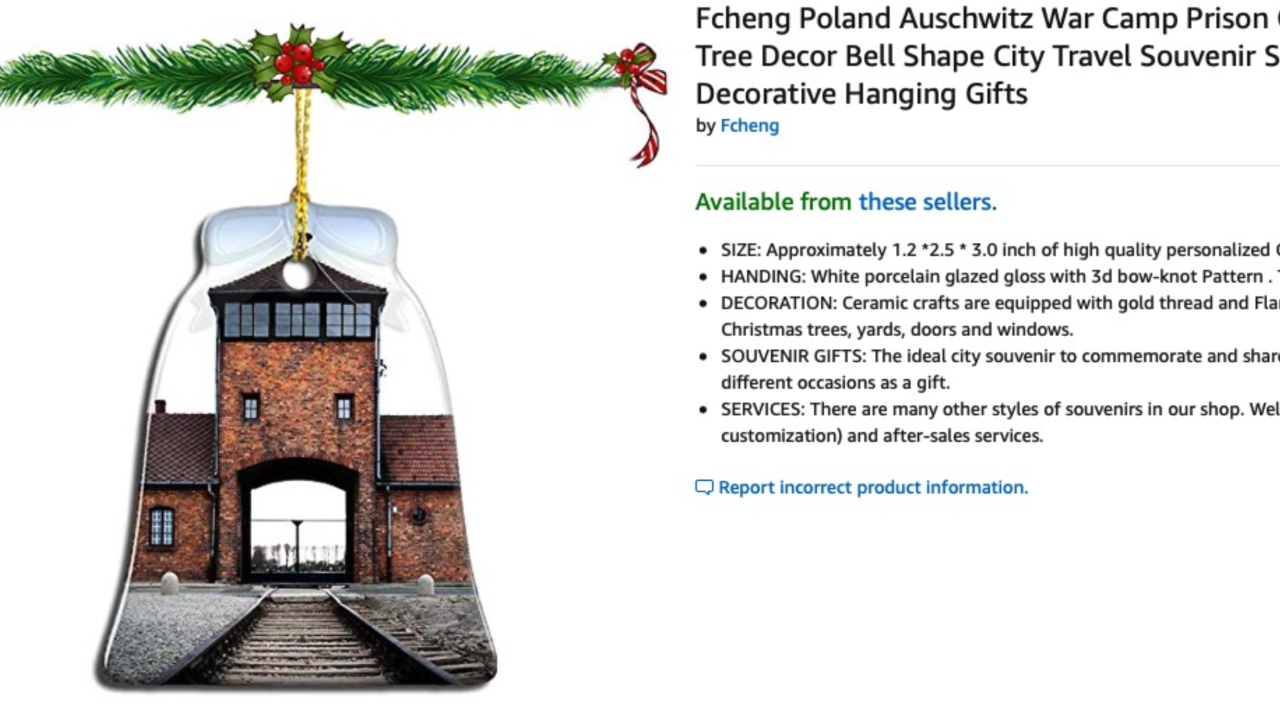 Amazon has removed a number of Christmas ornaments featuring images of the Auschwitz concentration camps from sale, amid anger from the museum that manages the site.

Pictures of the Nazi death camp complex were used on a variety of tree ornaments, a mouse pad and a bottle opener, which the Auschwitz Memorial described as "disturbing and disrespectful."

Images used showed the train tracks leading to the entrance of Auschwitz II-Birkenau and a number of scenes inside the camps, where around 1 million Jewish people are estimated to have been killed during World War II.

Amazon removed the products, which were being offered by third-party sellers, when the Auschwitz Memorial tweeted about them.

The memorial then noticed more products for sale also bearing images of the death camp , which operated in Nazi-occupied Poland. Those products also appear to have been pulled from sale.

Most of the sellers' products feature pictures from tourism sites around the world. One company, which offered a tree ornament showing a freight car on the tracks to Auschwitz, is also still selling Christmas ornaments featuring the Genbaku Dome on the Hiroshima bomb site.

An Amazon spokesperson told CNN Business in a statement: "All sellers must follow our selling guidelines and those who do not will be subject to action, including potential removal of their account. The products in question have been removed."

This is not the first time the site has been forced to pull products from its marketplace. Earlier this year, a range of products were removed after complaints that they were offensive to Muslims.

In March, a number of anti-vaccination documentaries were taken down from its Amazon Prime Video streaming services following a CNN Business report.

An @amazon spokeswoman said in a statement that the products had been removed and that “all sellers must follow our selling guidelines and those who do not will be subject to action, including potential removal of their account.” https://t.co/QhBbK3yz0o

Selling "Christmas ornaments" with images of Auschwitz does not seem appropriate. Auschwitz on a bottle opener is rather disturbing and disrespectful. We ask @amazon to remove the items of those suppliers. https://t.co/0uG2JG558e pic.twitter.com/ucZoTWPk1W