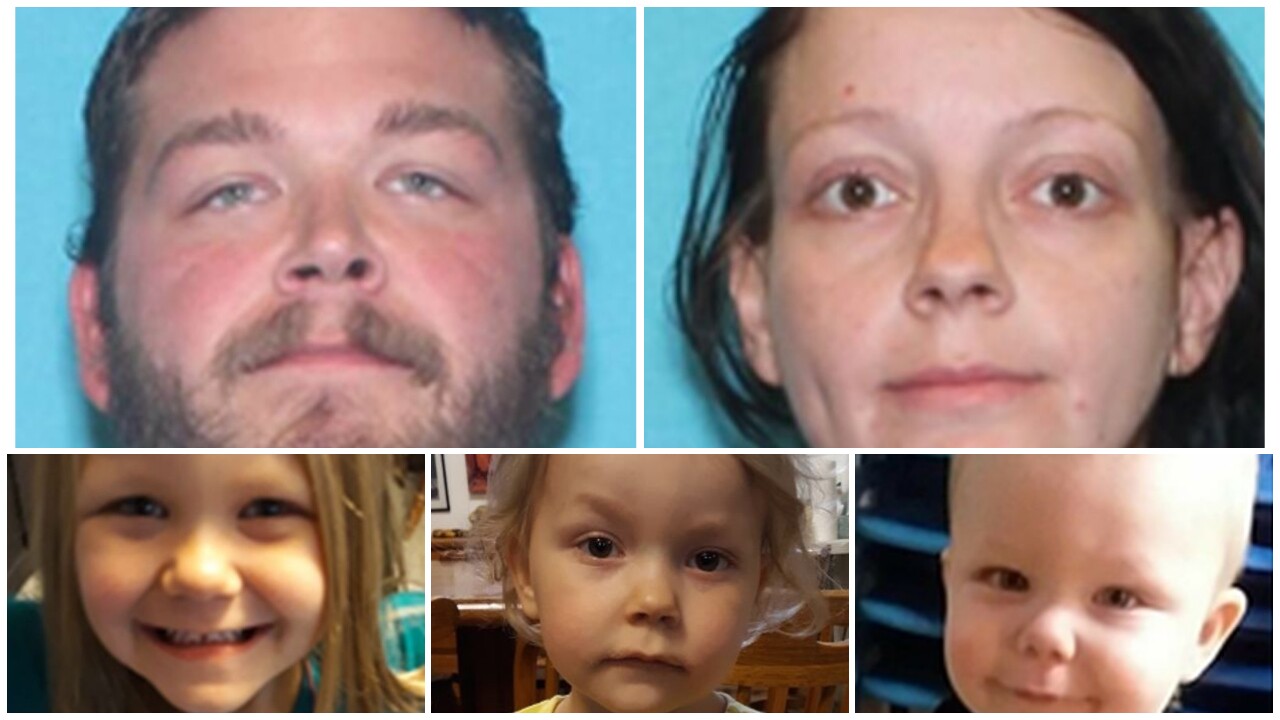 GREAT FALLS, Mont. — UPDATE: The Cascade County Sheriff's Office says that the three Montana children who were the subject of an Amber Alert earlier on Thursday have been found and are safe, and that the two people suspected of taking them are in custody.

The Sheriff's Office says that the Amber Alert has been canceled.

Original story: The Montana Department of Justice has issued an Amber Alert for three children in Cascade County.

The alert states that the three children were taken during the night, possibly by non-custodial parents who have a history of drug use and violence. The alert states: “Children believed to be in life threatening danger.”

The Amber Alert identifies the suspects as Tony Demontigny, 28, and Ellaura Wright, 30.

Anyone who sees any of these people or has any information that may help is asked to call the Cascade County Sheriff’s Office at 406-836-7380, or call 911.

This story was originally published by David Sherman on KRTV.