Apple debuts discount watch, but no new iPhones until later this year 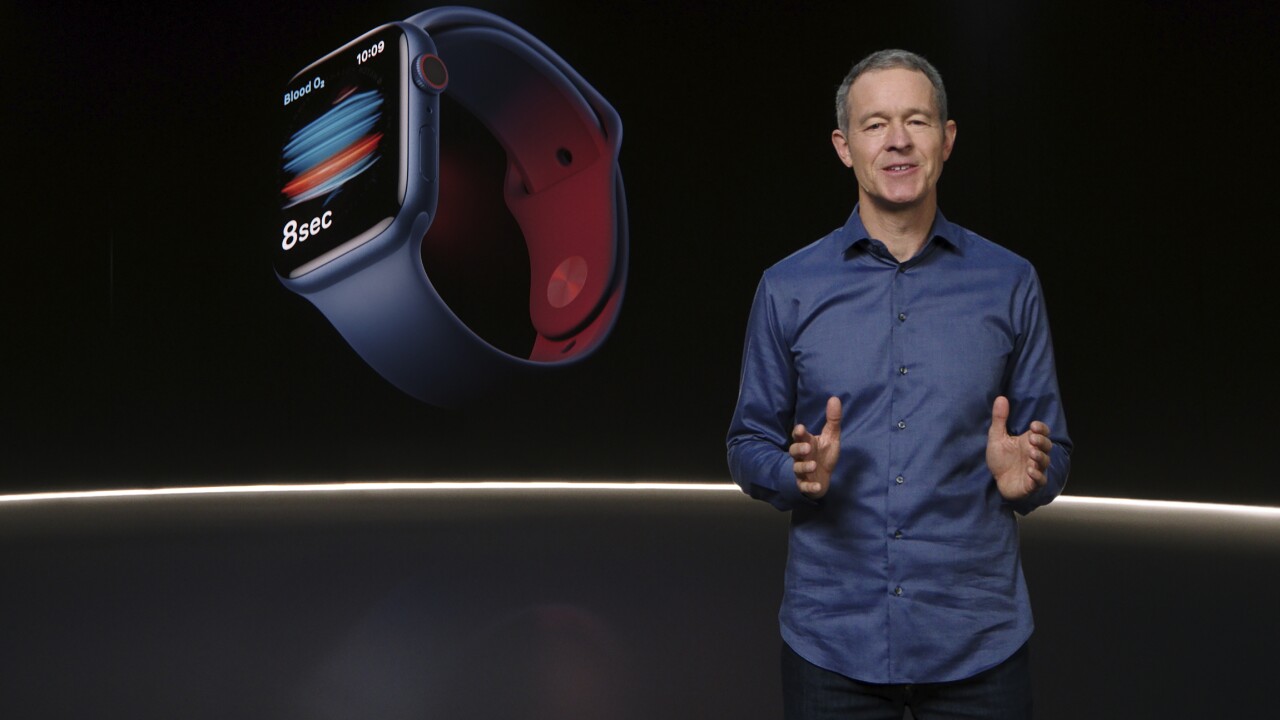 Apple/AP
In this still image provided by Apple from the keynote video of a special event at Apple Park in Cupertino, Calif., Apple's Chief Operating Officer Jeff Williams unveils Apple Watch Series 6 on Tuesday, Sept. 15, 2020. Apple is introducing the cheaper version of its smart watch in its latest attempt to broaden the appeal of its trend-setting products while more consumers are forced to scrimp during ongoing fallout from the pandemic. (Apple via AP)

SAN RAMON, Calif. (AP) — Apple is introducing a cheaper version of its smartwatch, its latest attempt to broaden the appeal of its trend-setting products while more consumers are forced to scrimp during ongoing fallout from the pandemic.

The scaled-down Apple Watch follows a budget iPhone that came out five months ago as the pandemic caused unemployment rates to soar.

Apple took the wraps off the new discount watch in addition to a new high-end model, a next-generation iPad and a new subscription service during a virtual event held Tuesday.

The company normally also rolls out its new iPhones at this time of year, but production problems caused by the pandemic have delayed their release until at least October, the Associated Press reports.

The Apple Watch has never come close to rivaling the iPhone’s popularity, but it does dominate the market for smartwatches.

The new discount model, called the Apple Watch SE, will sell for $279 and be available beginning Friday. The price is a markdown from the $399 that Apple is asking for the next version of its higher end watch, the Series 6.

Apple added more features to help the watch monitor its owner’s health, including a sensor that can read blood oxygen levels. The feature, specific to the Series 6, could be timely, given that COVID-19 frequently attacks the lungs.

Apple also announced a new fitness subscription service tailored for its watches for $10 per month, as well as a new option that will bundle its existing music, video, news and gaming services into a package that will cost $15 to $30 per month.