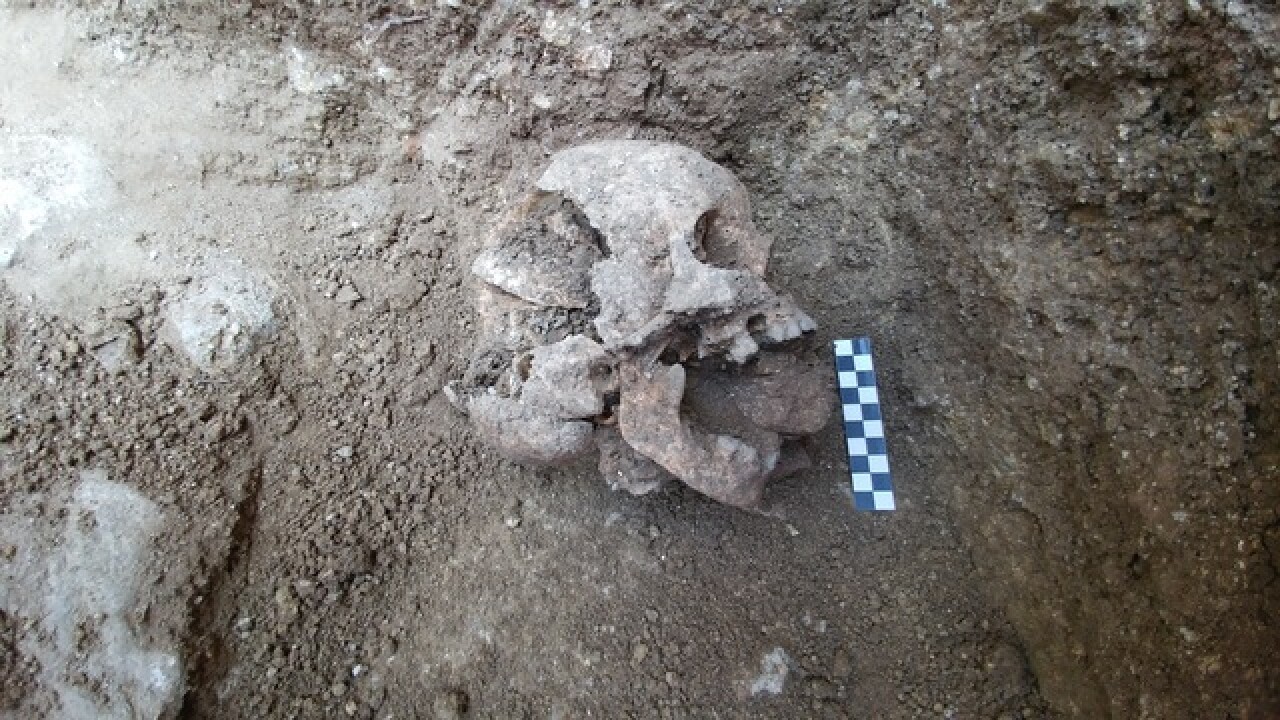 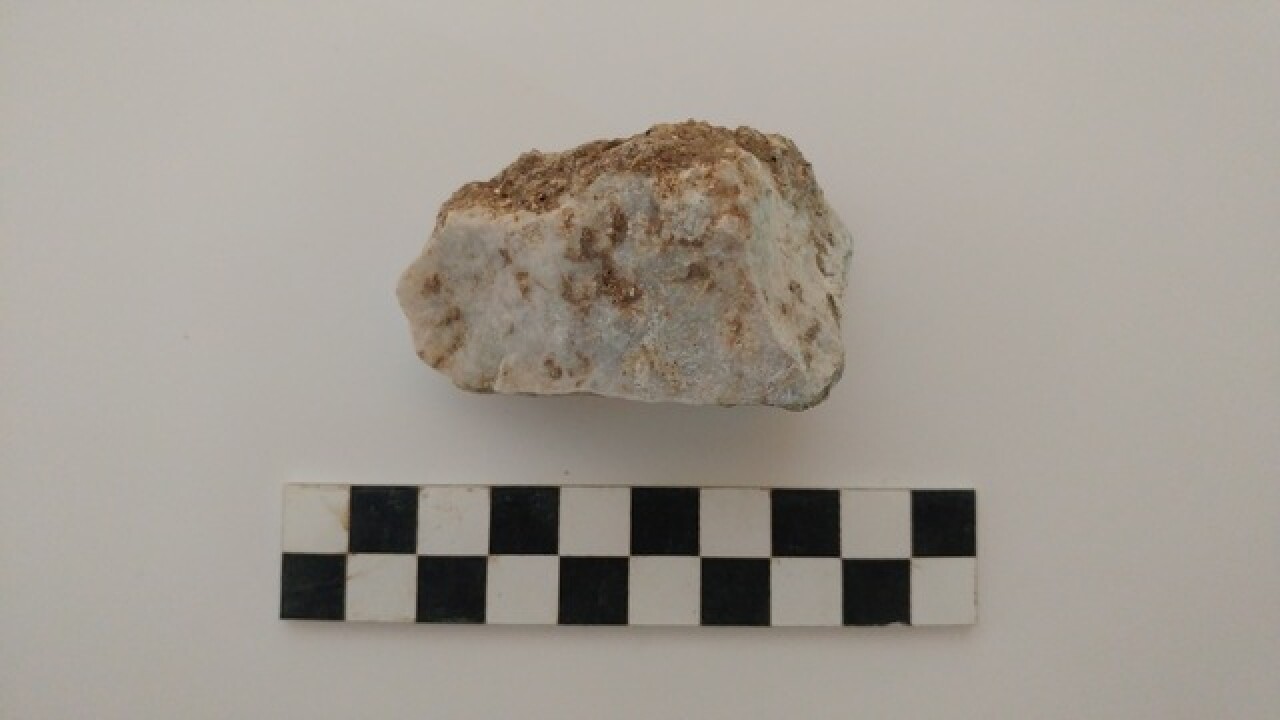 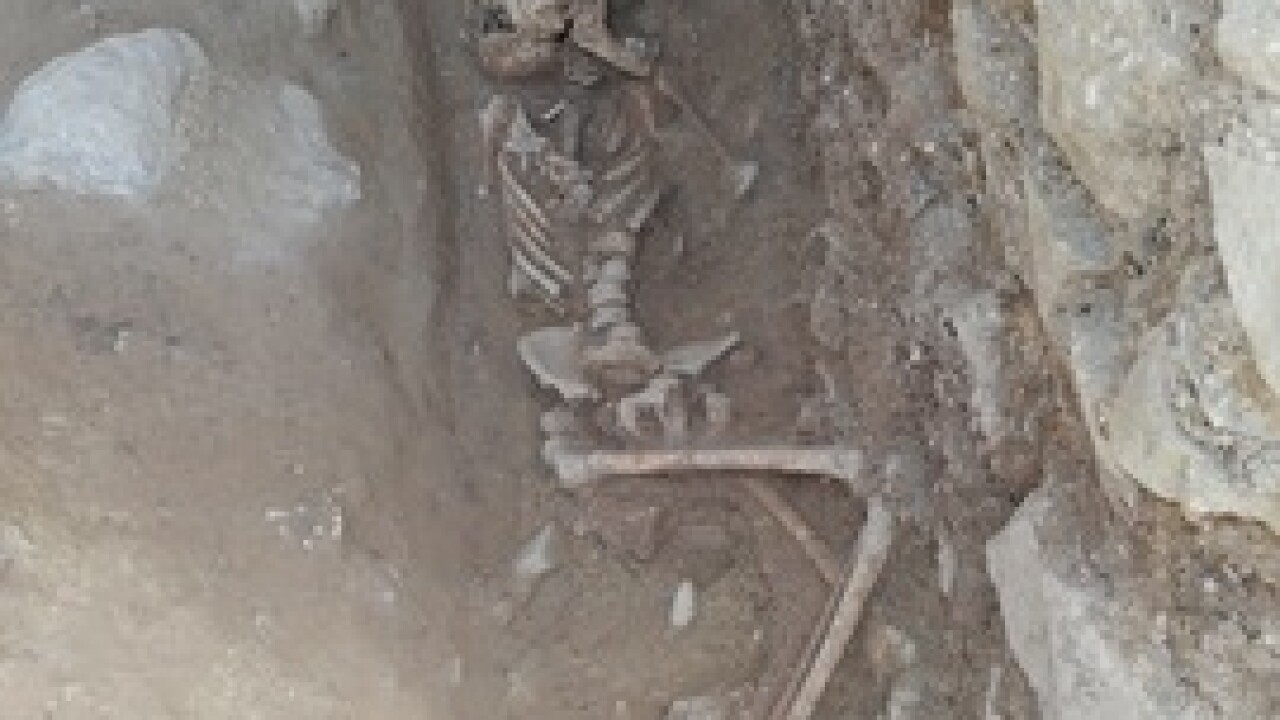 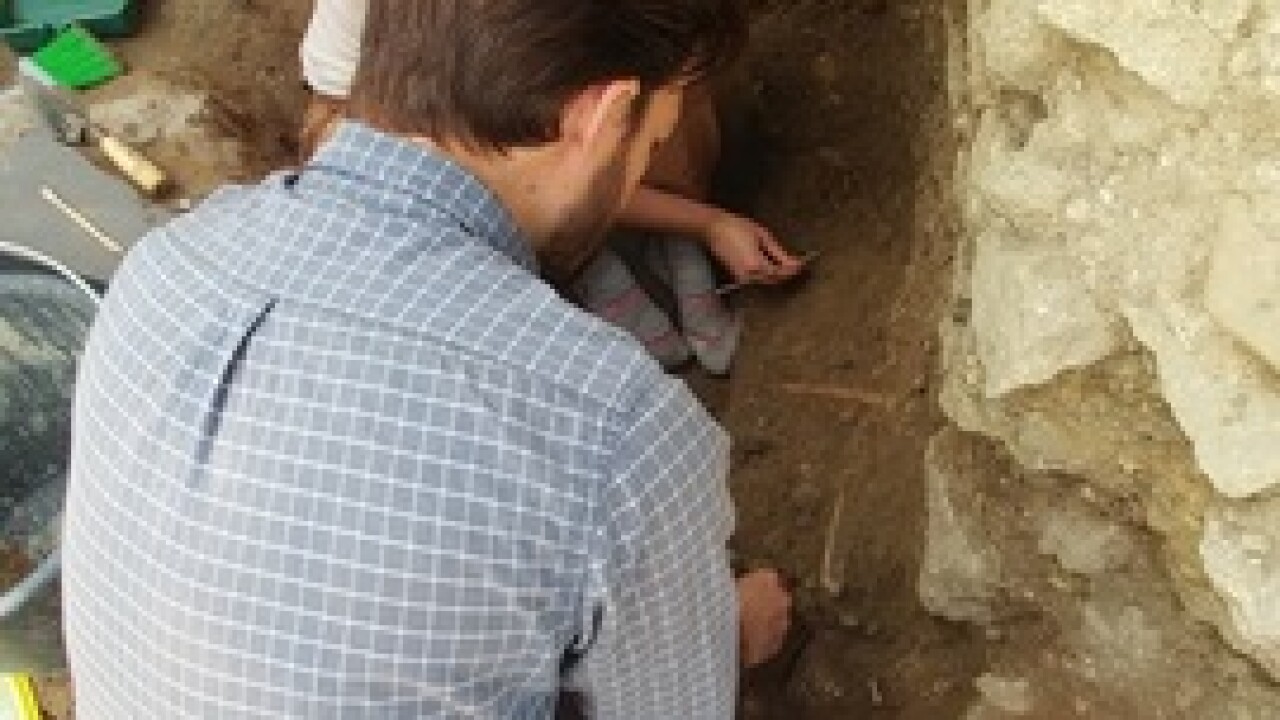 The skeletal remains included a skull with a rock intentionally inserted into the mouth. Researchers believe the stone may have been placed there as part of a funeral ritual to contain a disease like malaria.

"I have never seen anything like it. It's extremely eerie and weird," said David Soren, a Univeristy of Arizona archeologist.

The discovery was made at La Necropoli dei Bambini, or the Cemetery of the Babies.

The cemetery dates back to the mid-fifth century when a deadly malaria outbreak swept the area, killing many young children and babies.

Until now, archeologists believed the cemetery was designed for infants, toddlers and unborn fetuses. In previous excavations, a 3-year-old girl was the oldest child found.

Now, archeologists are looking into whether the cemetery was used for older children too.

"There are still sections of the cemetery that haven't been excavated yet, so we don't know if we'll find older kids," said Jordan Wilson, a bioarcheologist with the University of Arizona.

"We know that the Romans were very much concerned with this and would even to the extent of employing witchcraft to keep the evil — whatever is contaminating the body — from coming out," Soren said.

Although the body will undergo DNA testing, the child had an abscessed tooth, which is a side effect of malaria, that suggests the child may have died because of the disease.

Archeologists believe the rock was intentionally inserted after death because of the position of the jaw.

These types of burials are called "vampire burials" since they are associated with the belief that the dead could rise again.