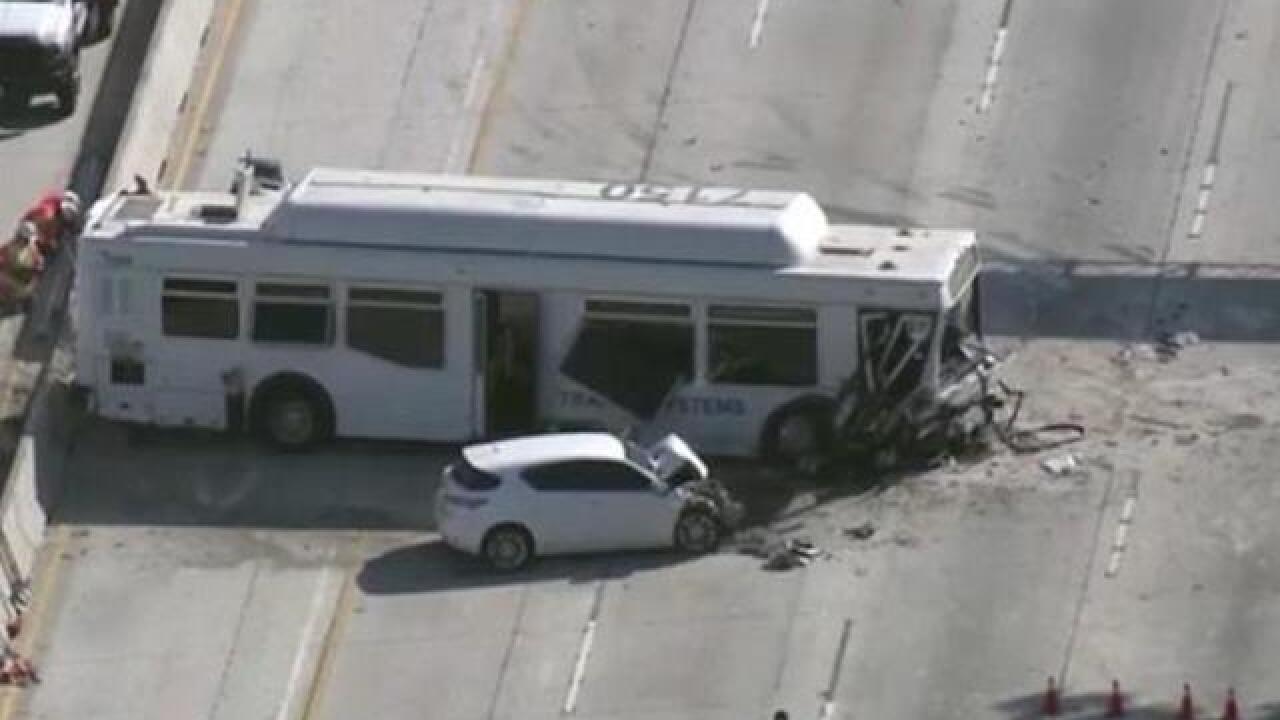 A bus and car crashed on a Los Angeles freeway Sunday, causing collisions on both sides of the freeway and at least two dozen injuries, according to the Los Angeles Fire Department.

The fire department evaluated about 40 patients and transported 25 people to hospitals, the department said in a news release.

Five people were in serious condition and 20 were in fair condition with minor injuries, the release said.

The wreck happened around 1 p.m. local time when a bus crashed through the center divider on the 405 Freeway in North Hills, reported CNN affiliate KABC, citing firefighters.

The cause of the crash has not been determined.