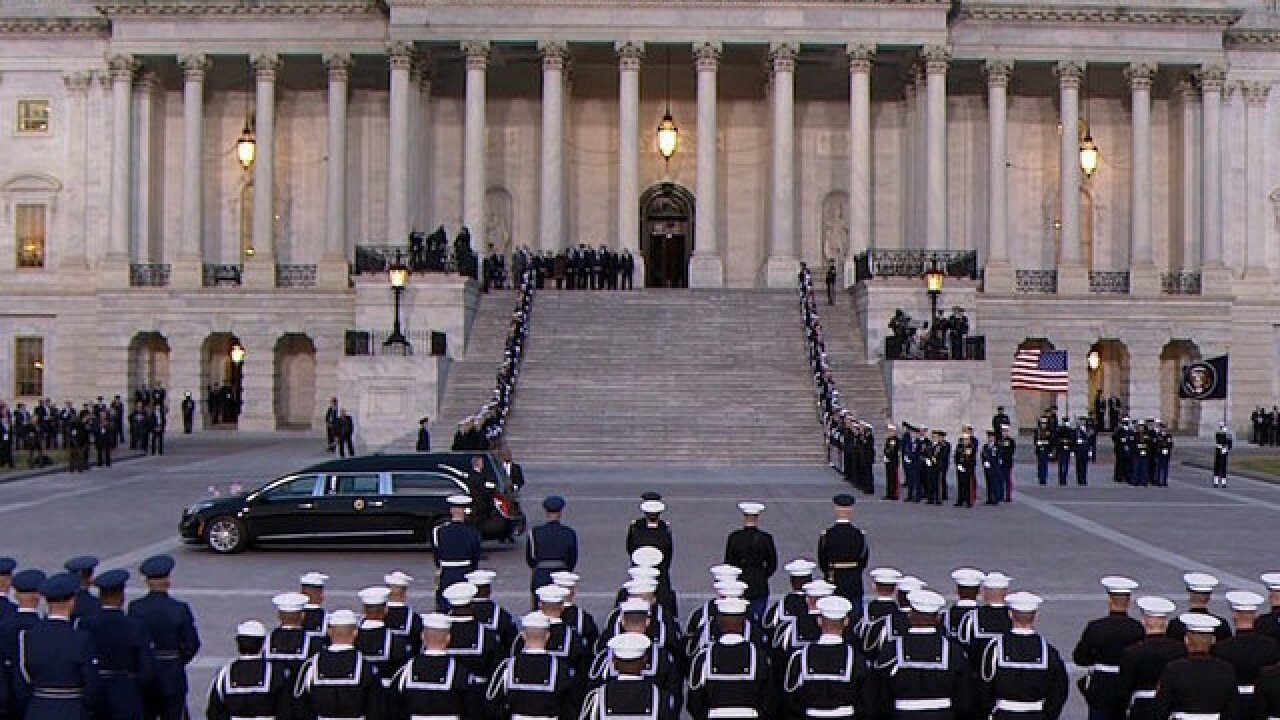 Former President George H.W. Bush's family intentionally planned a state funeral for him that will avoid criticism of President Donald Trump despite the long-running animosity between the two families, The Washington Post reported Monday night.

Trump and Bush's son, Jeb Bush, engaged in a vitriolic primary rivalry during the 2016 campaign, and Trump has mocked and criticized the legacies of both Presidents Bush. A funeral that avoids criticizing Trump would be in contrast to the September memorial for Sen. John McCain, which was marked by implicit references to Trump and his behavior as president.

The Post, citing a former administration official, said that the Bush family contacted the White House this past summer to make it clear that the President would be welcome at the funeral and, according to the paper, to "assure him that the focus would be on Bush's life rather than their disagreements."

Bush, who died Friday at the age of 94, will be memorialized on Wednesday at the National Cathedral in Washington. The Post reported that one person close to the funeral planning said the Bush family's decision to be amicable toward the current president was "at least partly pragmatic" because Trump has the final say over important aspects of the funeral, including the use of Air Force One to carry Bush's body between Texas to Washington.

Another person told the Post that Bush "wouldn't want anyone there to feel uncomfortable, including the incumbent president.'"

Former President George W. Bush will deliver a eulogy for his late father at the funeral, as will former Canadian Prime Minister Brian Mulroney, former US Sen. Alan Simpson and presidential historian and Bush biographer Jon Meacham, none of whom are expected to critique Trump in their statements.