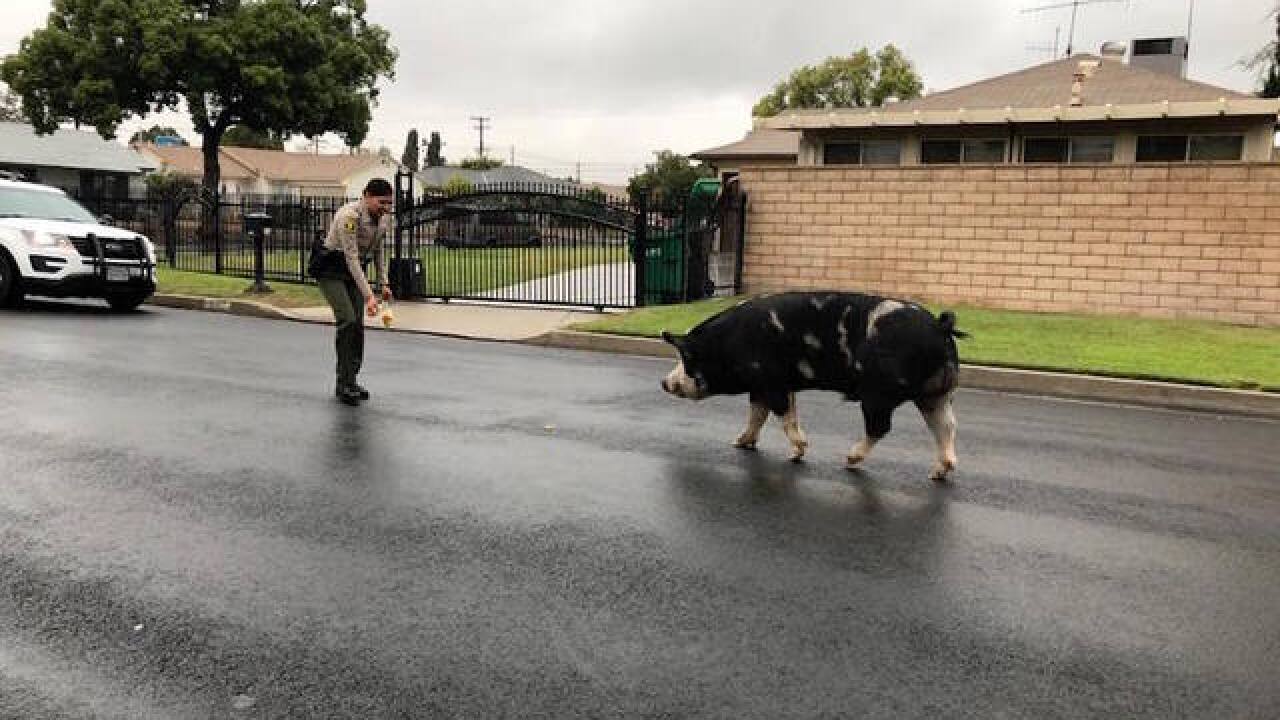 How do you re-capture a gigantic runaway pig?

According to the San Bernardino County Sheriff's Department, deputies received a call on Saturday that a pig "the size of a mini horse" was roaming a local neighborhood.

Deputies were quickly able to track down the swine and determined where he lived, but still had to figure out how to corral him and get him home. It turns out, pigs don't need to be corralled if there are Doritos on hand.

According to the San Bernardino Sheriff's Office, Deputy Ponce had a bag of Doritos on hand in her lunch box and was able to lure the pig back to his home by laying a trail of chips on the street.

The pig made it safely home and deputies were able to secure the gate. Ponce called the journey "fun."

The Doritos appeared to be of the Cool Ranch variety. It's unclear if the pig would have been swayed by Nacho Cheese chips.