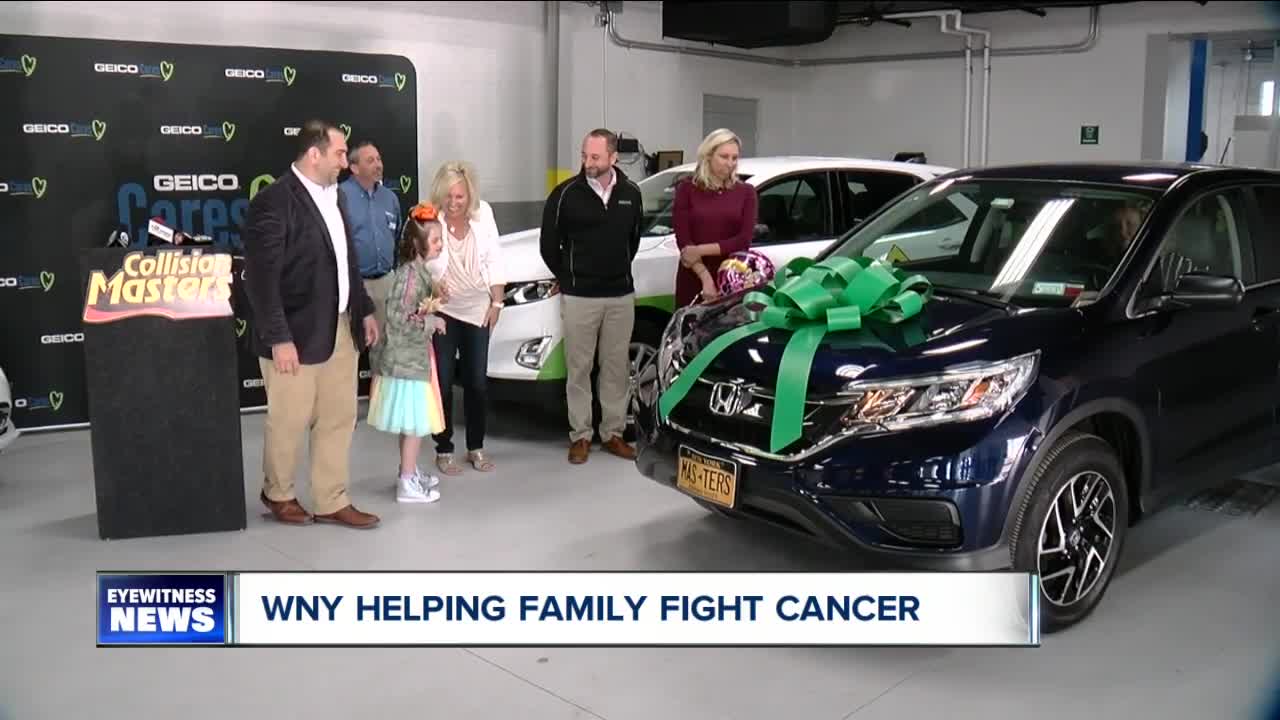 It was a special morning for Elizabeth Bova and her special-needs daughter Zoe as they were given the keys to a 2016 Honda CRV so the teenager can get to school and make her medical appointments.

"This feels amazing. We are so blessed," said Elizabeth Bova.

Zoe has dealt with two bouts of pediatric cancer. She was first diagnosed when she was in the fifth grade and treatments included a bone marrow transplant.

However, during her daughter's cancer treatment and transplant, the single-mother's car completely broke down complicating her efforts to travel into Buffalo from Hamburg, New York, for medical appointments at Roswell Park Comprehensive Cancer Center and John R. Oishei Childrens's Hospital .

"Everyone lept into action, and several months later, here we are," said Gwen Mysiak, Executive Director of the P.U.N.T. Foundation.

That grew into a team effort including Geico, West Herr Automotive, LKQ Corp., and the National Auto Body Council "Recycled Rides" program which located a car that was totally rebuilt by Collision Masters without charge using parts from West Herr.

"They donated the actual vehicle to us to resurrect it and bring it back to life," said Frank Todaro.

The car will now be used to help transport Zoe to her 8th grade classes at Frontier Middle School and to medical appointments in Buffalo.

"I couldn't ask for a a better gift," said Zoe's mother, who receives the car without any cost.

As to her medical condition, the P.U.N.T. Foundation said Zoe finished her cancer treatments in August and is now considered to be in remission.

This article was originally written by Ed Reilly for WKBW.