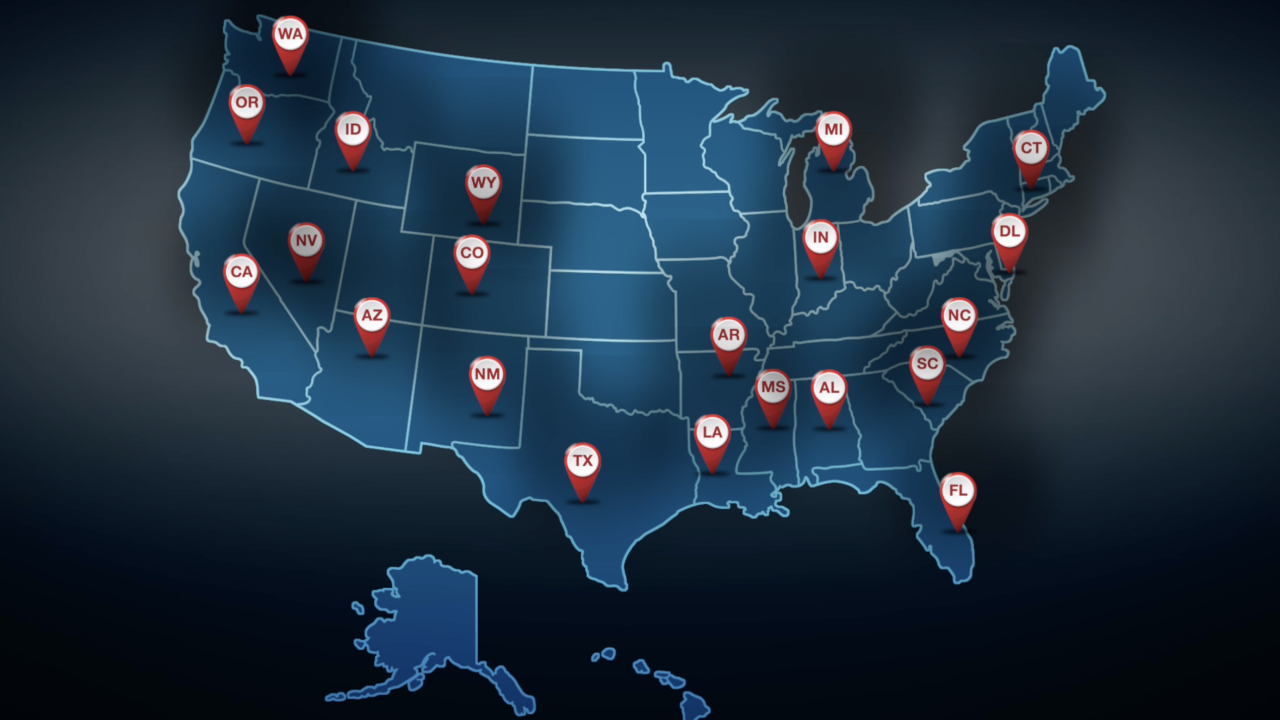 Customers are still sitting down for a cold beer at Joyride Brewing in Edgewater, Colorado.

“We always talk about stopping and smelling the hops. It’s all about the joy ride of life,” said Grant Babb, the owner of Joyride Brewing.

“It makes you lose a little sleep at night, not knowing every day when you wake up if you have to do something different. It’s trying to shoot at a bullseye and just watching it constantly move,” said Babb.

Babb had to make arrangements with multiple food trucks and the restaurant down the street to stay open. That’s because the recent spike in COVID-19 cases has led the state to put its economic restart plans on hold.

“In our case, we schedule out food trucks about a month and a half in advance, and we’re working with only the food trucks we’re trusted partners with,” said Babb.

Colorado isn’t the only state backtracking due to the surge. According to a tracker from the New York Times, 15 states are pausing plans to reopen and six are reversing course and shutting some things back down.

Arizona is one of those states where bars, gyms, and theaters have been ordered closed once again. Restaurants there fear the same might happen to them soon if new COVID-19 cases aren’t curbed.

“You can’t simply turn off and turn on a restaurant operation,” said Steve Churci, the head of the Arizona Restaurant Association.

He says the toll of shutting down those businesses for a second time would be crushing.

“If you were to shut down, what happens to the suicide rate? Does that go up? What happens to the homelessness rate, people losing their homes? So, there’s a whole other sad and unfortunate contingent that would be impacted by this,” said Churci.

Churci says service industry workers employ almost a quarter-million people and the state has lost $815 million in revenue from food sales. He says in a normal year, US restaurants sell $900 billion worth of food.

“Almost a trillion-dollar industry. So, we often say we’re the cornerstone of our communities. We’re the heart and soul of America in the restaurant industry, and we are,” said Churci.

For Joyride, the losses have been heavy as well.

“We, we’re down 80 percent in the month of March, April, May. And then June, we’re still seeing a significant decrease, we’re down definitely 40 percent,” said Babb.

For Babb, the money hurt, but letting his staff go was harder.

“It’s the most painful thing you can do is tell an employee that we don’t have any work for you,” he said.

He says it will hurt even more if he has to send his staff home again.