Dead whale in Indonesia had swallowed 13 pounds of plastic, including 115 cups 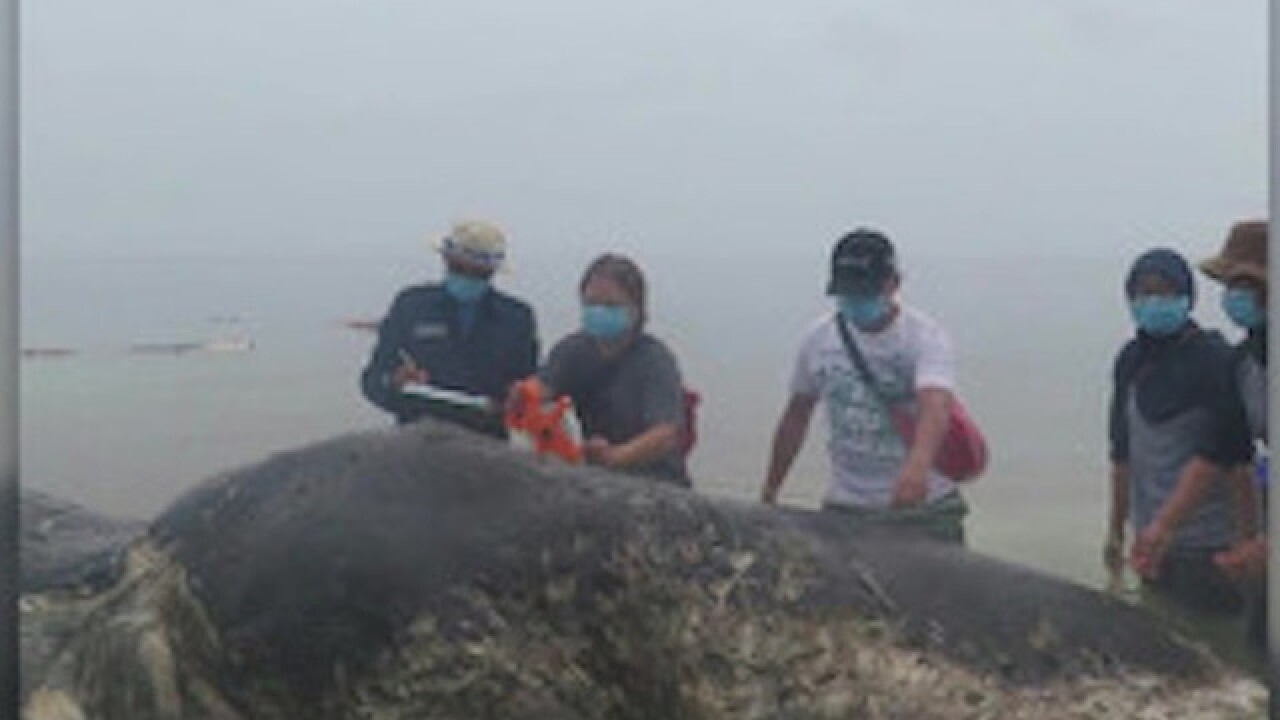 In just the latest reminder of the dangers of pollution in our oceans, a dead whale in Indonesia has been found with 13.2 pounds (six kilograms) of plastic waste in its stomach.

The 31.17-foot sperm whale was found near Kapota Island in Wakatobi National Park, southeast of Sulawesi.

Park officials found bags, plastic bottles, sandals and 115 plastic cups in the whale's stomach, as well as a sack containing more than 1,000 pieces of string.

"Although we have not been able to deduce the cause of death, the facts that we see are truly awful," said Dwi Suprapti, marine species conservation coordinator at WWF-Indonesia, in a statement to CNN.

The macabre discovery was made in an area popular with tourists and comes at a time of increasing concern over the impact of plastic pollution on marine life.

In June, a short-fin male pilot whale died in southern Thailand and was later found to have ingested more than 17 pounds of plastic bags and packaging.

During an autopsy, veterinarians found more than 80 plastic bags in the whale's stomach.

A 2015 report by Ocean Conservancy and the McKinsey Center for Business and Environment found that over 50% of the plastic leaking into world oceans comes from China, Indonesia, the Philippines, Thailand and Vietnam, suggesting that the two whales died in dangerous waters for marine life.

The report claims that a 65% reduction in plastic waste leakage in those five countries would lead to a 45% reduction globally.

Without intervention, the amount of plastic cluttering the Earth's oceans will triple within a decade, according to a recent study by the UK government.

However, there is evidence that lawmakers are taking notice of the threat, as the European Parliament voted to ban single-use plastics in October.

The proposal covers items such as straws, cotton swabs and cutlery, in addition to obliging EU states to recycle 90% of plastic bottles by 2025.

In October, the dangers of plastic were underlined when a decades-old bottle washed up almost intact on a UK beach.

The plastic bottle of dishwashing liquid was at least 47 years old, with its branding still clearly visible.