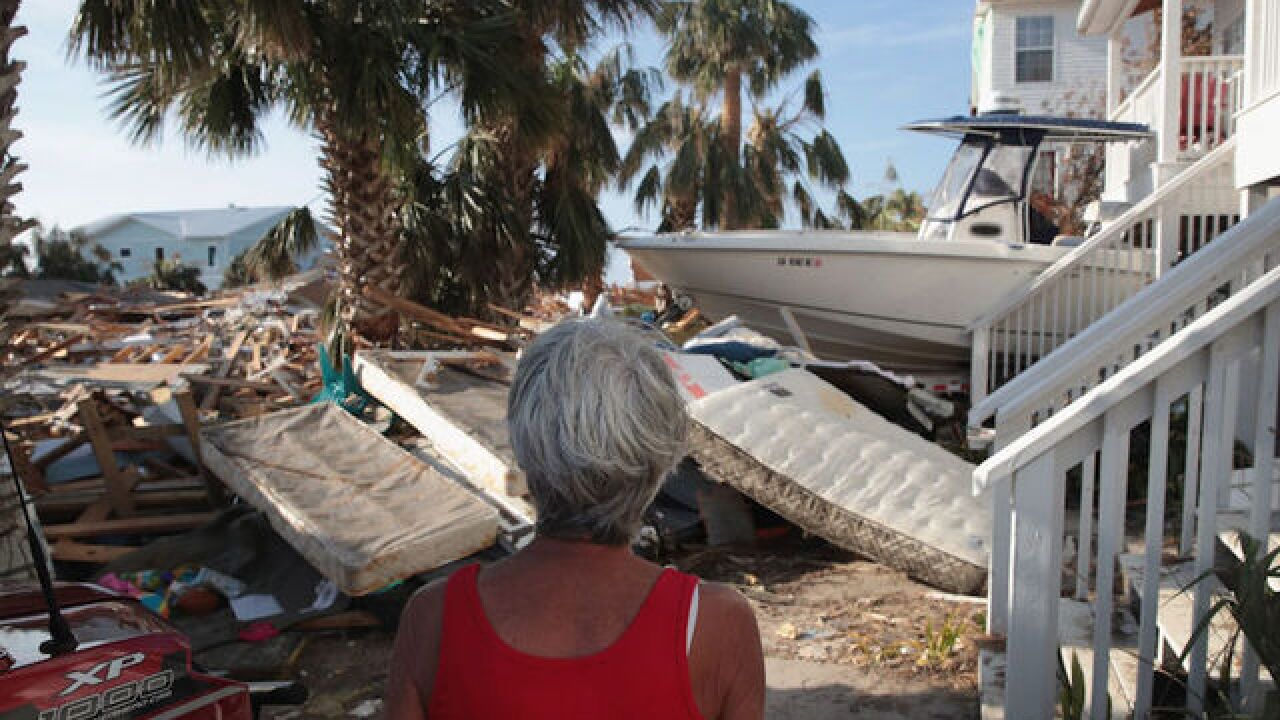 Image copyright 2018 Getty Images. All rights reserved. This material may not be published, broadcast, rewritten, or redistributed.
Scott Olson
<p>LeClaire Bryan, mother of country music artist Luke Bryan, looks over debris piled near her home by Hurricane Michael on October 19, 2018 in Mexico Beach, Florida. Hurricane Michael slammed into the Florida Panhandle on October 10, as a category 4 storm causing massive damage and claiming over 30 lives.</p>

At least 36 people have been confirmed dead as a result of Hurricane Michael, according to authorities.

The number rose Saturday after a local medical examiner confirmed the death of a woman in Bay County, Florida, bringing the death toll in Florida alone to 26.

Authorities did not offer additional details on the death.

Officials in four states -- Florida, Georgia, North Carolina and Virginia -- have each confirmed people died as a result of the storm.

The latest death toll comes less than two weeks after Michael ravaged the Florida Panhandle and wrought havoc in a slew of Southern states that were battered by powerful winds and inundated with floodwater.