Democrats and Republicans criticize Ivanka Trump's use of private email 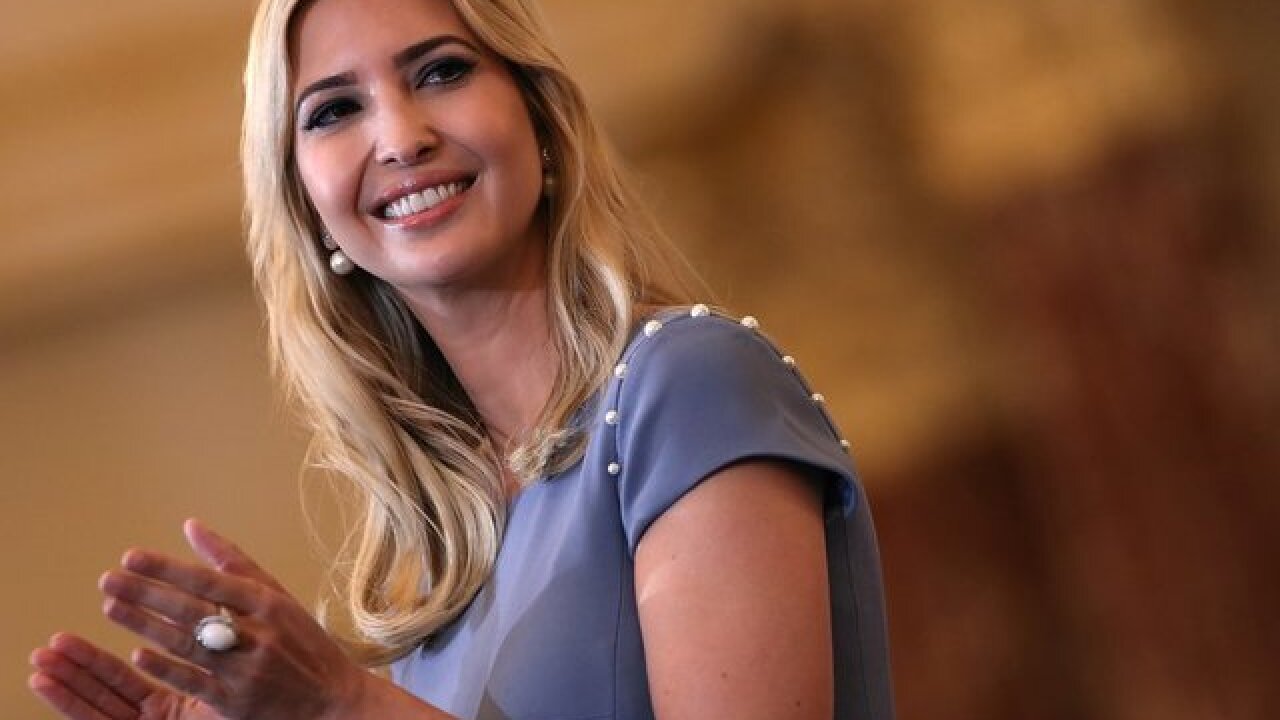 Ivanka Trump's use of a private email account will soon face new scrutiny on Capitol Hill, with a key House committee and Senate GOP chairman planning to look into whether President Donald Trump's daughter and senior adviser violated the law when conducting government business.

The House Oversight and Government Reform Committee plans to revive efforts in the new Congress to look into the White House's use of private emails amid reports that Ivanka Trump used her personal account through much of 2017 to trade messages with Cabinet officials, White House aides and other government employees.

The likely incoming Democratic chairman of the committee, Elijah Cummings of Maryland, plans to renew efforts to look into private emails next year after the Republican-controlled panel dropped its investigation into the matter when a separate controversy arose last year. He said Tuesday that his goal is to "prevent this from happening again -- not to turn this into a spectacle the way Republicans went after Hillary Clinton."

"We launched a bipartisan investigation last year into White House officials' use of private email accounts for official business, but the White House never gave us the information we requested," said Cummings, who helped author a 2014 update to the Presidential and Federal Records Act. "We need those documents to ensure that Ivanka Trump, Jared Kushner, and other officials are complying with federal records laws and there is a complete record of the activities of this Administration."

It's not just Democrats. Retiring Oversight Chairman Trey Gowdy, a South Carolina Republican, sent a letter to White House chief of staff John Kelly on Tuesday asking for more information about Ivanka Trump's personal email use. In the letter, obtained by CNN, Gowdy is seeking responses from the White House by December 5 and a briefing to update the committee on the White House's internal review. One of the questions Gowdy asks is "whether the emails in question contained sensitive or classified information."

Senate Homeland Security and Governmental Affairs Chairman Ron Johnson told CNN Tuesday that he is "concerned" about Ivanka Trump's use of private emails -- and plans to look into the situation.

"We take this very seriously," said Johnson, who has been a sharp critic of Hillary Clinton's email use and used his committee to investigate the Clinton matter during this Congress. "Federal records is under my committee's jurisdiction, and we will dig into exactly what has happened here."

Johnson, a Republican from Wisconsin, would not say if his committee would hold oversight hearings on the matter or would follow up with letters to Trump, but said: "We are definitely going to follow up on it."

In 2017, Gowdy and Cummings, the Oversight Committee's top Democrat, sent a letter to then-White House counsel Don McGahn saying that in the wake of reports of email misuse, the committee "has aimed to use its oversight and investigative resources to prevent and deter misuse of private forms of written communication."

But many of the committee's questions have so far gone unanswered by the White House.

The Washington Post reported Monday the White House conducted an investigation into Trump's email usage and that she used her personal email address for much of 2017.

The White House did not immediately comment on Ivanka Trump's email practices, but her attorney said the use of the email was used "almost always for logistics and scheduling concerning her family."

In a letter sent on Tuesday to the House Judiciary and Oversight committees, the group calls for a congressional investigation into the matter, which it calls a "blatant derogation of the law."

The letter says that the "parallels between Ms. Trump's conduct and that of Secretary Clinton are inescapable" and that an investigation is required to determine if materials have been adequately collected, whether there were cybersecurity breaches, and whether any classified materials are involved or rules were broken.

Johnson, however, said that the Ivanka Trump situation does not appear to be as problematic, in his view, of the Clinton controversy.

"I don't think the comparisons between Hillary Clinton and Ivanka Trump are comparable at all," saying there was a private email server set up in the Clinton case and saying that Ivanka Trump's email use appeared to be mainly during the transition period, though he acknowledged he needed more information.

Johnson also said: "In today's world, we have to recognize the reality that people are human beings, they are private citizens and are going to have private email."

Asked if that meant he was giving Trump's daughter a pass, he insisted he wasn't.

"I am concerned. That's why I expressed my concern," Johnson said. "We told everybody on my way coming in, you have to follow these records acts. ... I will conduct oversight of this; we take this seriously."

This story has been updated to include additional comment from lawmakers and the watchdog group American Oversight.