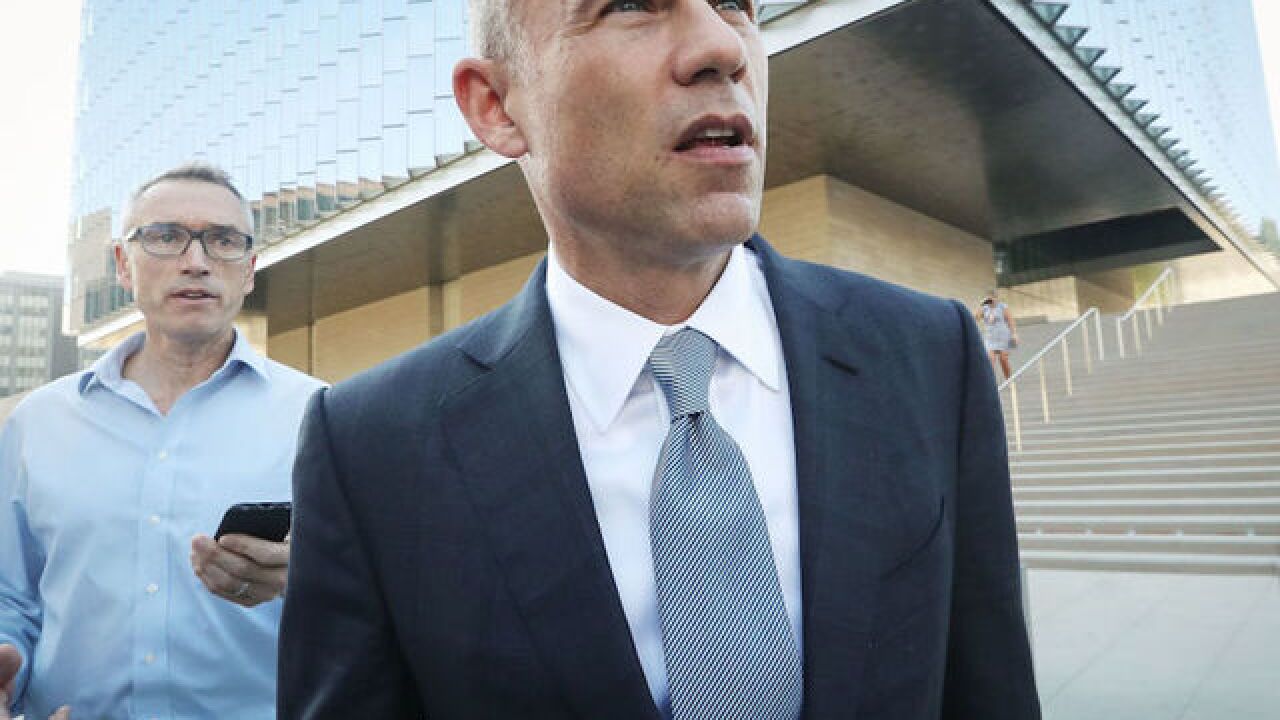 Senate Democrats believed they had Brett Kavanaugh on the ropes.

Christine Blasey Ford had just revealed her identity and was prepared to testify in public, detailing her allegations that Kavanaugh had tried to sexual assault her more than three decades ago. On top of that, a New Yorker article had just revealed that a second woman, Deborah Ramirez, was accusing Kavanaugh of exposing his genitals to her while they were college students.

The combative lawyer, who represents Stormy Daniels and has been a ubiquitous presence on cable television, revealed a stunning new allegation: A woman, Julie Swetnick, said she had witnessed the Supreme Court nominee attending more than 10 house parties between 1981 and 1983 where Kavanaugh and his friend, Mark Judge, were present. At some of those parties, she alleged, Kavanaugh was "fondling and grabbing girls without their consent" and, along with others, spiking drinks to force girls to lose their inhibitions.

She also alleged that at some parties, boys lined up by a bedroom to "gang-rape" incapacitated girls and claimed those in the lineup included Kavanaugh and Judge. But she did not say Kavanaugh or Judge assaulted the girls, nor did she provide the names of corroborating witnesses.

But the eye-popping nature of those claims suddenly gave Republicans an opportunity to shift the narrative away from Ford's allegations and make a broader case that the growing accusations of sexual misconduct amounted to an orchestrated Democratic smear campaign, something Sen. Susan Collins, the swing GOP vote, cited herself when announcing she'd be the decisive vote to support Kavanaugh's confirmation.

A host of Democratic senators and senior aides told CNN that the allegations from Avenatti's client gave the GOP an opening to conflate -- and dismiss -- all the allegations in one broad brush.

"Well you know at some point there were a lot of folks coming forward making all sorts of accusations," said Sen. Gary Peters, a Michigan Democrat, when asked about the allegations raised by Avenatti and his client. "It turns it into a circus atmosphere and certainly that's not where we should be."

Asked if Avenatti was helpful, Peters said: "I think we should have focused on the serious allegations that certainly appeared very credible to me that would be our best course of action."

"Democrats and the country would have been better off if Mr. Avenatti spent his time on his Iowa vanity project rather than meddling in Supreme Court fights," a senior Senate Democratic aide fumed, referring to Avenatti toying with the idea of seeking the Democratic presidential nomination. "His involvement set us back, absolutely."

A Democratic senator, who asked to remain anonymous to speak candidly, said: "Not helpful at all. I think Susan was always yes, but Avenatti was a useful foil."

Reached for comment Saturday, Avenatti pushed back, criticizing anonymous Democrats as "cowards" and saying the assessment shows the "failed leadership" in the Democratic Party.

"It is outrageous that these so-called Democrats would attack a sexual assault victim from coming forward," Avenatti told CNN. "I guess their position is that she should have shut her mouth and remained silent? It is disgusting that these cowards blame my client and the other accusers from coming forward.""

While Sen. Dianne Feinstein, the ranking Democrat on the Senate Judiciary Committee, cited the allegation once they were made public to call for the confirmation to ground to a halt, other Democrats quickly distanced themselves from the allegation, choosing instead to keep the focus on Ford's claims -- and a lesser extent, Ramirez's.

And on Friday when she announced her critical decision to give Kavanaugh the votes to confirm his nomination, Collins called the allegation "outlandish" without "any credible supporting evidence."

"How do they know her claims, supported by six witnesses were not credible?" Avenatti said. "They did basically nothing to find out."

Many Democrats did not know what to make of the claims made by Avenatti's client. In particular, Democrats pointed to more than 1,000 pages of FBI tips on Kavanaugh that poured in and were never investigated -- some of which, they said, could have been credible. They said Swetnick's could well be credible -- or perhaps not.

"I just step back and I just look at the totality -- this was not attempted to be a serious process," said Sen. Ed Markey, Democrat from Massachusetts, when asked if Avenatti was helpful to the case against Kavanaugh. He called the FBI probe a "coverup" directed by the White House

"I just consider this to be a larger story," Markey said, when asked again about Avenatti's clients came.

Peters said some Republicans pointed to the Swetnick allegations "to distract from the task at hand, which is really about pursuing what are serious allegations, and one that seemed to be credible.

"So there are always efforts whenever you dealing with a serious issue like this, that people want to change the discussion and have everybody chanse another different shiny object," Peters said. "Our job in the Senate, and it should have been the job of the FBI too, is to focus on those that are credible."

One Democrat on the Senate Judiciary Committee privately was more direct.

"It wasn't helpful because the story became about Avenatti," the Democratic senator said.

Avenatti, who headlined an Ohio fundraiser Friday and is considering running for president in 2020, said he wears that Democratic criticism with a "badge of honor."

"Many establishment Democrats are concerned because they see me as a threat," Avenatti said.