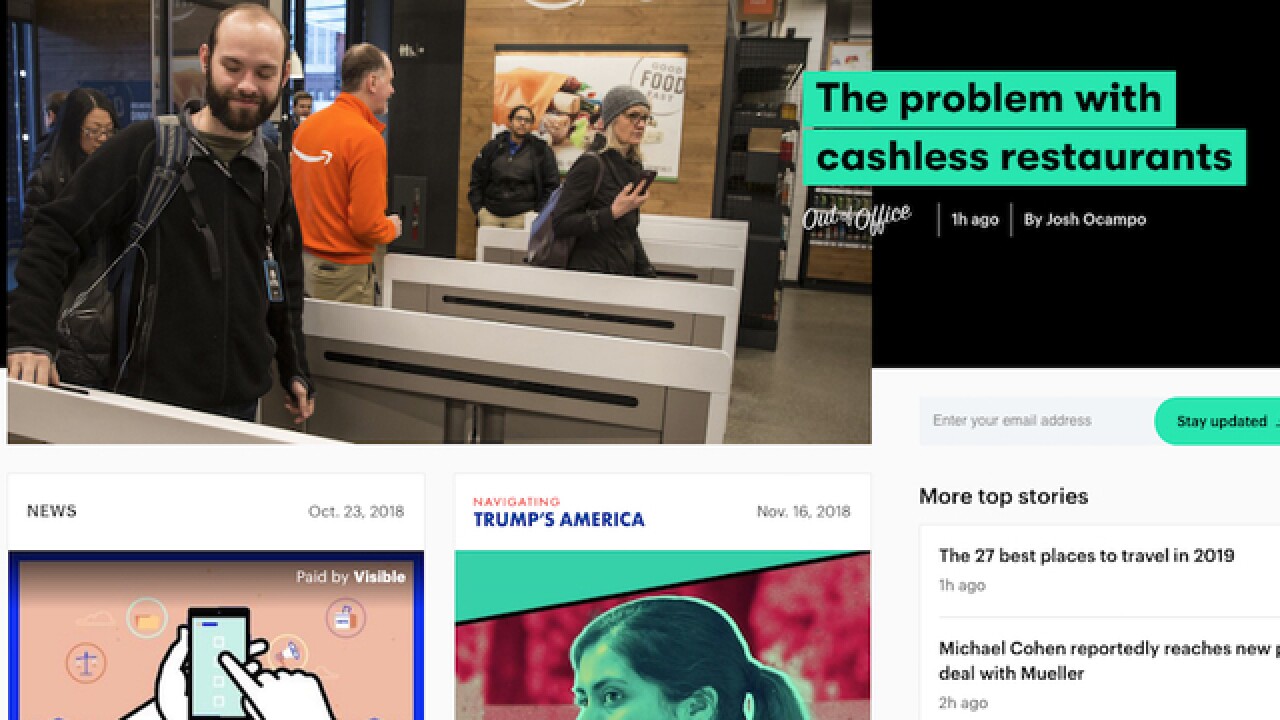 The digital news company Mic has laid off most of its staff, a spokesperson for the company confirmed.

The layoffs were first reported Thursday by Recode . It is not yet clear exactly how many employees were affected. Mic declined to comment beyond confirming the Recode report.

The company was founded in 2011, and for the past several years has branded itself as a news website geared toward millennials.

"Our business models are unsettled, and the macro forces at play are all going through their own states of unrest," she wrote. "If anyone tells you they have it figured out, a special plan to save us all, or that it's all due to a singular fault, know that is categorically false. Like the truth, it is indeed complicated."

The company's staff swelled to more than 100 people by early 2016, according to The New York Times , which asked in an article published at the time: "What happens when millennials run the workplace?"

But the climate is a tough one for digital media publishers right now. Ad revenue alone hasn't been enough to support these businesses, and Google and Facebook have substantial control over the ad market.

Refinery29 , HuffPost and Vocativ have all cut staff in the past year. So have CNN Digital, Vice and BuzzFeed .

Mic laid off 25 employees in August 2017 as part of a pivot to video. Co-founder and CEO Chris Altchek told staff at the time that the shift was needed because "visual journalism already makes up 75% of the time that our audience spends" with the site.

There were signs this year that the environment wasn't improving for Mic. Digiday reported in April that traffic to Mic's website had been plunging.

The article also noted that Mic was very reliant on Facebook, citing statistics that showed views on the social media site fell to 11 million views in March compared to 192 million about a year earlier.

Still, company executives pushed back on some reports that characterized the situation at Mic as particularly dire. When the Columbia Journalism Review reported in September that the company's board discussed a possible shutdown, Altchek called the report " categorically false ."

Emily Singer, a senior political reporter at Mic, tweeted Thursday that she was leaving the company.

"I'm so proud of what we've accomplished here," Singer wrote.

"But only love for the extremely resilient and open-hearted team of Mic editors, producers, writers and shooters I had the great honor of working with," he added. "They performed brilliantly often under a cloud of uncertainty."

Reached by phone, Lauerman declined to comment further, saying only that the team was packing up all of their things.

Several other employees also tweeted news of their departures.

"I have so much to say, but most importantly the time I spent at @mic was the best of my career," wrote Managing Editor Colleen Curry. "I learned so, so much from brilliant people dedicated to keeping journalism alive."

Mic is also in talks to sell at least part of the company to Bustle Digital Group, Recode reported Wednesday . A source with knowledge of the potential deal confirmed that report to CNN Business.