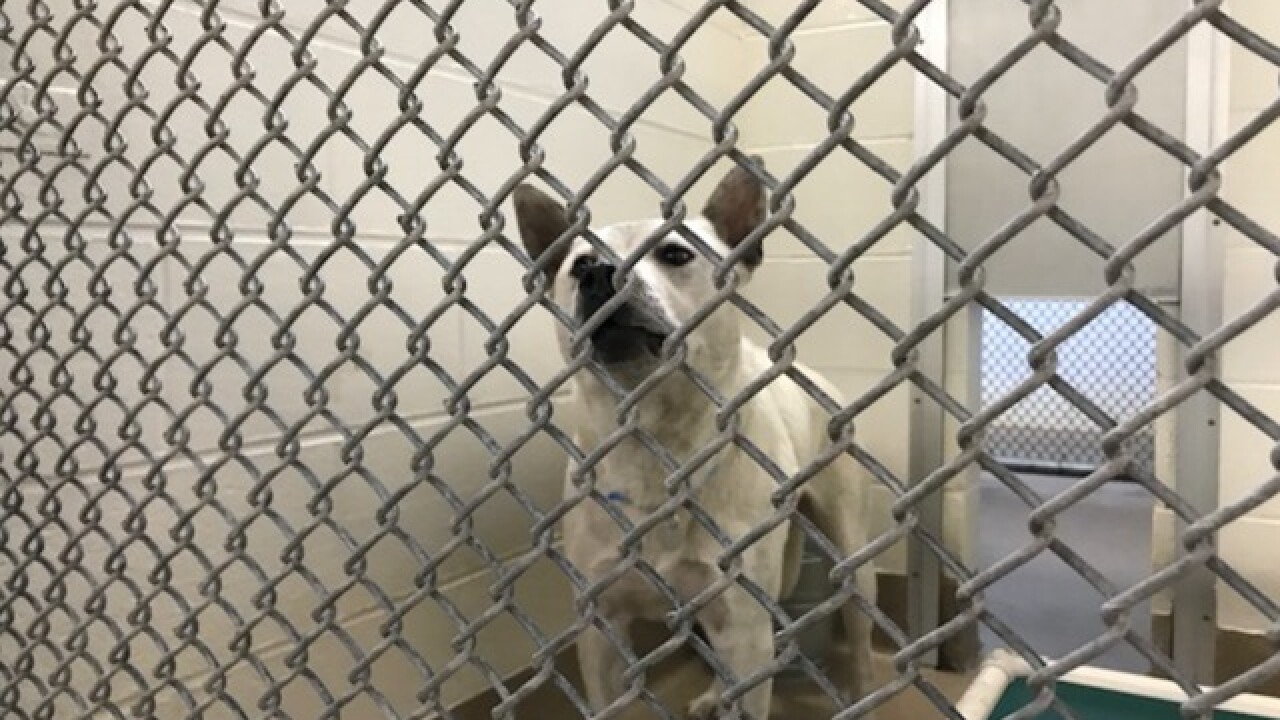 18th Judicial District Attorney's Office
<p>Bubba, an Akita mix, was used by an Aurora couple for sex acts and after they were charged, was deemed not safe for adoption. He was euthanized Tuesday.</p>

AURORA, Colo. — The dog that was used by an Aurora, Colo. couple for sex acts was deemed not safe for adoption and was euthanized Tuesday.

Jenee Shipman, manager at the Aurora Animal Shelter, wrote in a letter to the 18th Judicial District Attorney's Office that the dog, which was a male Akita mix named Bubba, was not a safe candidate for adoption or transfer based on its history and behavior in the kennel.

“The dog has exhibited unpredictable behavior, and shows signs of aggression towards veterinary services staff, volunteers, community service workers and staff members that the dog is not especially familiar with (staff who clean, feed, provide enrichment and treats daily),” the letter reads.

Michael Bryant, the senior public information officer with the city of Aurora, confirmed that the dog had been humanely euthanized Tuesday after the couple’s sentencing.

In March, Janette Solano, 49, and Frederick Manzanares, 51, were charged with animal cruelty and accused of having sex with their dog in a backyard motorhome.

Solano, the ex-girlfriend of Manzanares, pleaded guilty to cruelty and animal neglect on July 30, according to court documents. Per her plea agreement, her three subsequent charges to cruelty and neglect of animals were dismissed by the district attorney.

Manzanares, 51, pleaded guilty to two counts of animal cruelty. According to court documents, he was sentenced on Tuesday to 180 days in jail and 24 months of probation.