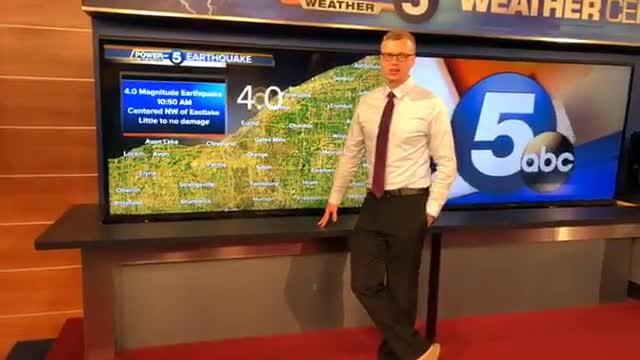 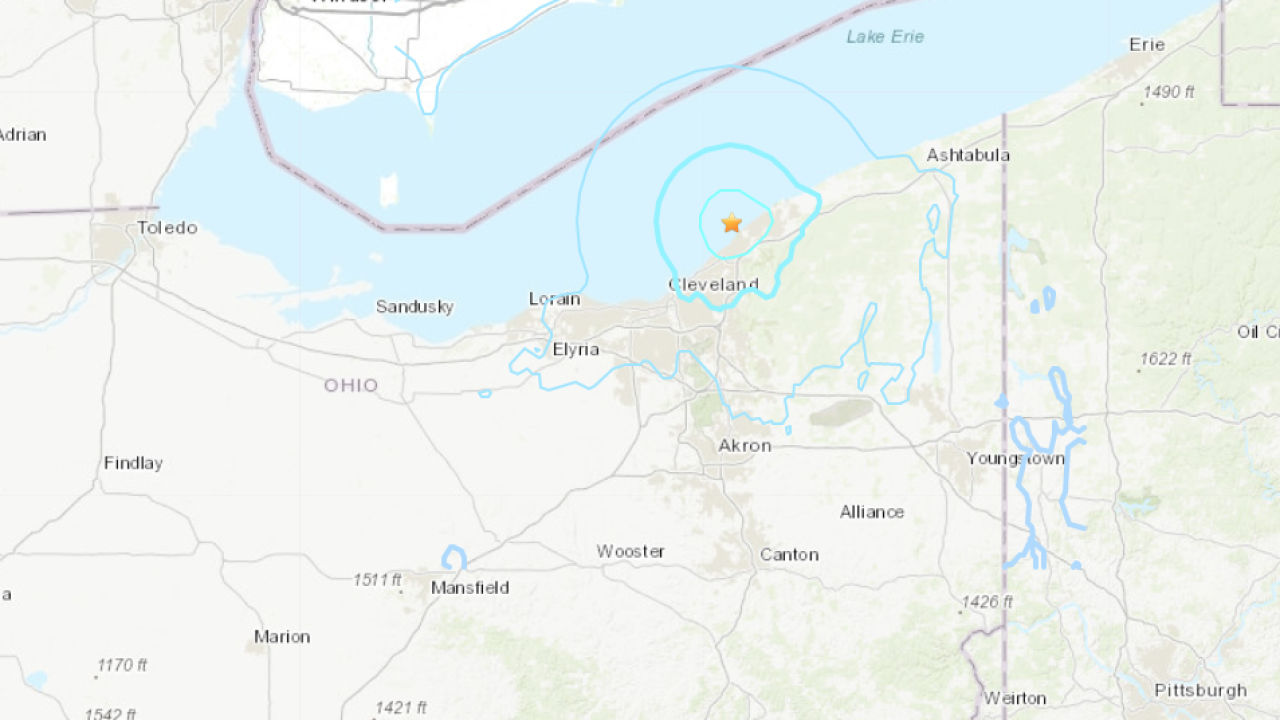 Areas included Euclid and Mentor, both of whose fire departments confirmed feeling a rumbling.

We also felt the shaking. We suspect that it was an earthquake but are awaiting further information. No reports of damage but getting lots of calls asking what it was.

In a tweet, the City of Mentor said dispatch is overwhelmed with 911 calls.

We are waiting for the experts to affirm what was probably an earthquake here in NEO but please tune in to the news. Dispatch is being overwhelmed with 911 calls - we don't know anymore than you do at this point.

Did you feel the EARTHQUAKE? 10:51 AM. 4.0 quake centered near Eastlake, Ohio #ohwx @WEWS pic.twitter.com/fLEZhTgn82

News 5 journalist Bob Fenner reported feeling a "rumble" in Mentor around 10:50 a.m., and his wife felt it in Willoughby.

There are no reported power outages at this time.

Since 1836, Northeastern Ohio has experienced more than 100 earthquakes, many of them beneath Lake Erie offshore from Lake County. While many of the earthquakes caused little to no damage, an earthquake on January 31, 1986, in southern Lake County, shook the state and was felt in 10 other states and southern Canada, according to the Ohio Department of Natural Resources.

ODNR says little is known about Ohio's earthquakes. Those in Ohio appear to be associated with ancient zones of weakness in the Earth's crust that formed during rifting and collision events about a billion years ago.