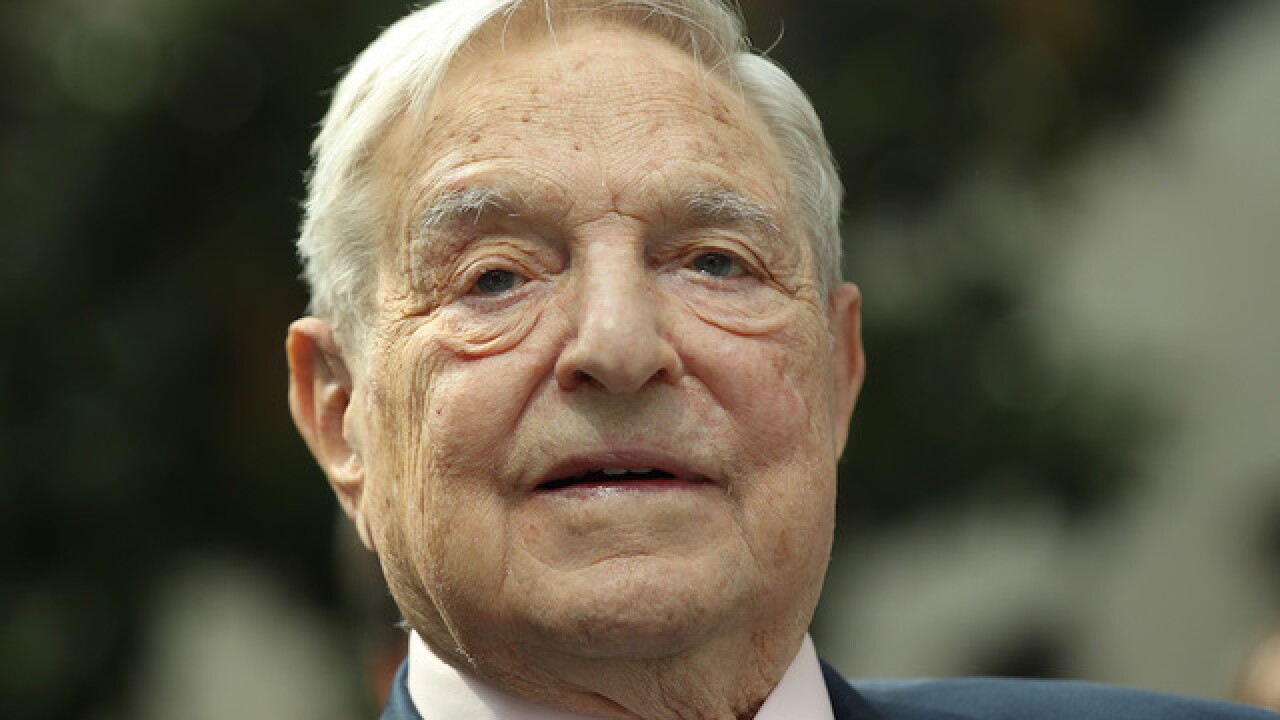 Image copyright 2017 Getty Images. All rights reserved. This material may not be published, broadcast, rewritten, or redistributed.
Sean Gallup
<p>Financier and philanthropist George Soros attends the official opening of the European Roma Institute for Arts and Culture (ERIAC) at the German Foreign Ministry on June 8, 2017 in Berlin, Germany. </p>

The Bedford Police say they received a call reporting a suspicious package found in a mailbox. The package appeared to be an explosive device, police said.

An employee had opened the parcel. The employee placed the package in a wooded area and called the Bedford Police, according to a news release.

The package did not detonate on its own, the law enforcement source said.

The case has been turned over to the FBI's Joint Terrorism Task Force.

CNN reached out to a spokesman for Soros, but did not immediately receive a response.