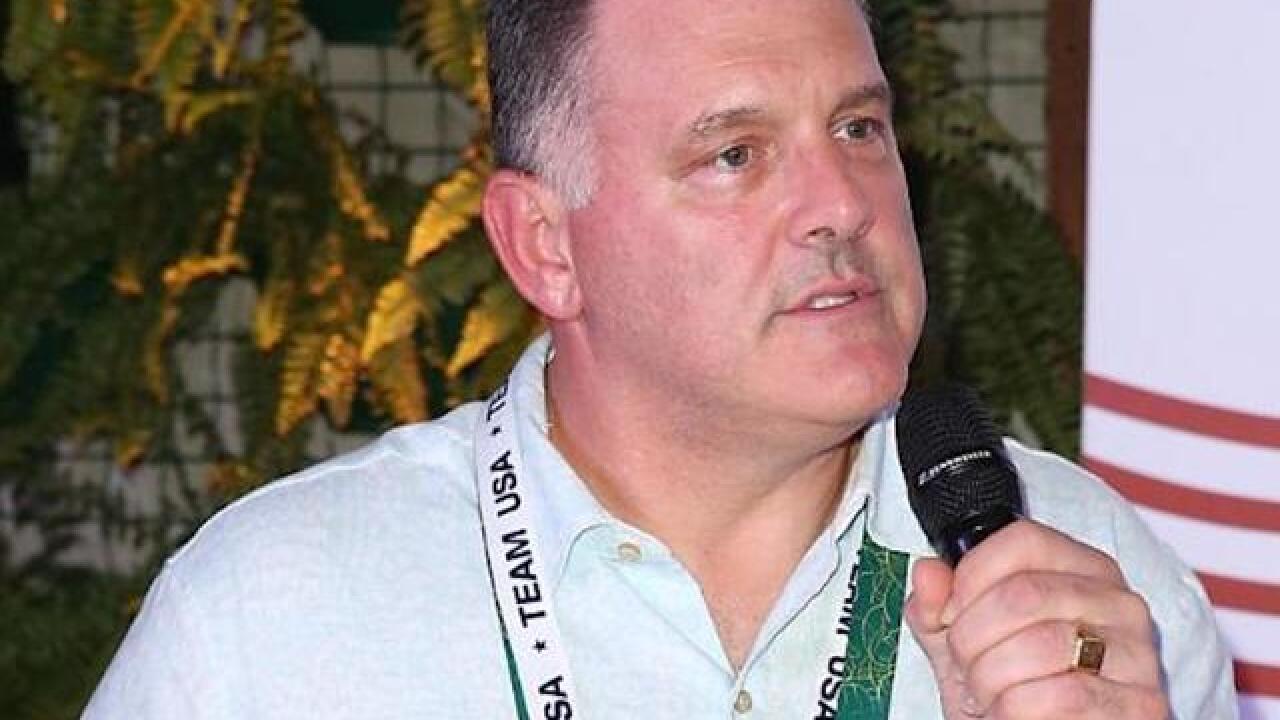 The former head of USA Gymnastics has been accused of removing documents linked to the Larry Nassar sexual abuse case from the famed Karolyi Ranch gymnastics training facility in Texas, authorities said.

Steve Penny was arrested Wednesday nearly three weeks after he was indicted by a grand jury for tampering with evidence, the Walker County District Attorney's office said.

He was detained after US Marshals tracked him to a cabin in Gatlinburg, Tennessee. He is being held at the Sevier County Jail while awaiting extradition to Walker County, Texas.

If convicted of the third-degree felony charge, Penny could face up to 10 years in prison and up to a $10,000 fine.

The indictment claims Penny ordered the removal of documents from the Karolyi Ranch in Walker County, Texas with "the purpose of impairing the ongoing investigation by destroying or hiding the documents," after he learned the investigation was underway, the Walker County District Attorney's office said.

Authorities claim the documents were later delivered to Penny at the USAG headquarters in Indianapolis, Indiana. The records are currently missing.

The documents would have helped law enforcement investigate Nassar and would have "assisted with the investigation of other offenses that may have occurred at the Karolyi Ranch," the district attorney's office said in a statement.

Penny resigned last year as the organization became embroiled in a sexual assault scandal. He had been USA Gymnastics president and chief executive officer for 12 years.

The training center, a 2,000-acre compound about 70 miles north of Houston, is run by longtime gymnastics coaches Martha and Bela Karolyi. It became the US Women's National Team Training Center in 2001 and a US Olympic Training Site in 2011 -- during many of the same years Nassar was the national team doctor.