Former President George H.W. Bush mourned, will lie in state at US Capitol 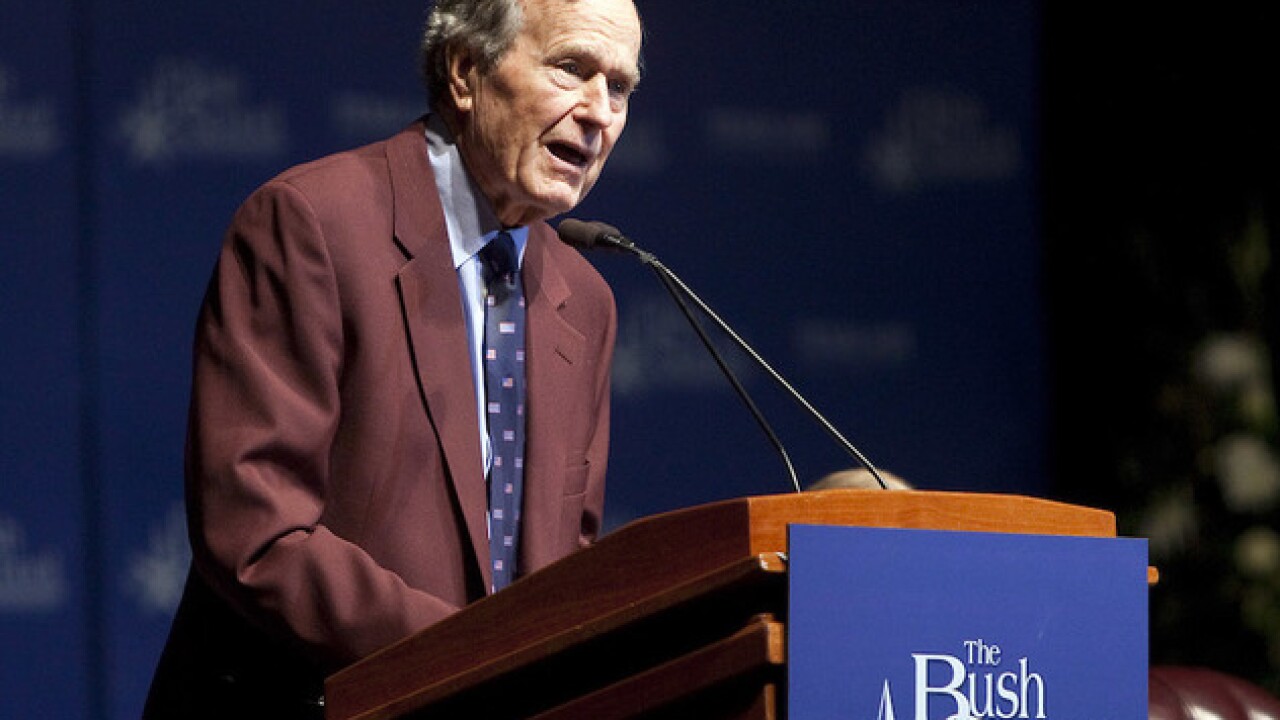 President Donald Trump will designate Wednesday, December 5 a national day of mourning after the passing of former President George H.W. Bush, according to a statement from the White House.

The president and first lady Melania Trump will be attending the funeral at the National Cathedral, the statement also said.

“The President and First Lady were notified late last night of President George H.W. Bush’s passing. President Trump is scheduled to speak with President George W. Bush this morning and offer his condolences on behalf of himself, the First Lady, and the entire country. A state funeral is being arranged with all of the accompanying support and honors. The President will designate Wednesday, December 5th as a National Day Of Mourning. He and the First Lady will attend the funeral at the National Cathedral in Washington, D.C.”

It was also announced Saturday that the former president will lie in state next week at the U.S. Capitol Monday through Wednesday. The arrival ceremony will be held Monday at 5 p.m. EST.

The public can pay their respects beginning Monday at 7:30 p.m. EST until Wednesday at 7 a.m. EST.