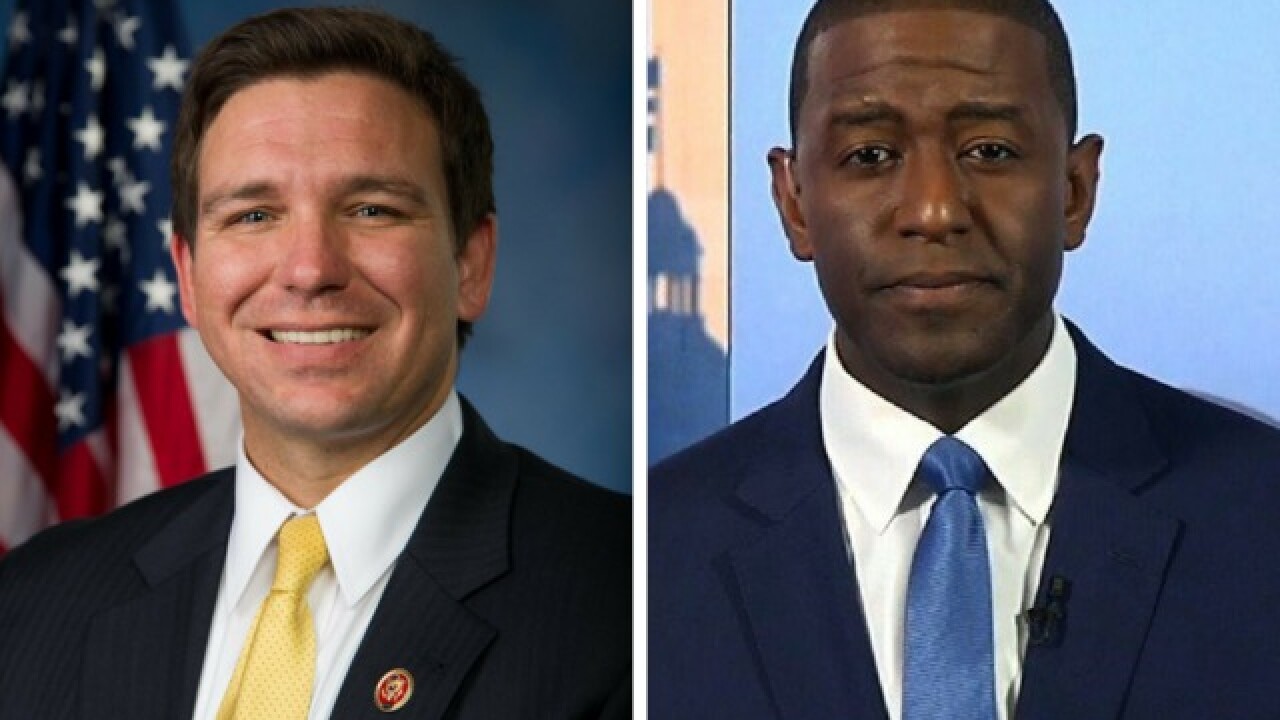 Andrew Gillum, the Democratic gubernatorial candidate in Florida, conceded to his Republican opponent, former Rep. Ron DeSantis, on Saturday, ending a protracted fight that saw the Tallahassee mayor take back his Election Day concession during a statewide recount.

The concession ended Gillum's first bid for statewide office in Florida, but the run -- despite his loss -- vaulted the 39-year old politician into the upper echelons of Democratic politics.

"R. Jai and I wanted to take a moment to congratulate Mr. DeSantis on becoming the next governor of the great state of Florida," Gillum said in a Facebook video in which he appeared alongside his wife. "This has been the journey of our lives."

DeSantis responded to Gillum's concession with a call for unity.

"This was a hard-fought campaign," he wrote on Twitter. "Now it's time to bring Florida together."

The reality, however, is that the race between DeSantis and Gillum was anything but unifying. The contest was a heated affair that largely reflected the broader national tensions over race and class in the Trump era.

Those issues, which were already bubbling up throughout the primary, were escalated by DeSantis when he went on Fox News a day after the primary to warn Florida voters not to "monkey this up" by electing Gillum. DeSantis denied there was any racial innuendo in his remark, but race -- and allegations that DeSantis was using it against his opponent -- were never far off during the 10-week general election sprint.

They hit a boiling point during the pair's second and final debate. DeSantis loudly objected to suggestions he was in cahoots with far-right figures or that his ties -- unwitting, he said -- to white supremacists should be held against him.

If that line earned Gillum viral praise and national recognition, his indirect connections to an FBI investigation into public corruption in Tallahassee was a drag on his campaign, which at times struggled to explain Gillum's relationship with a former lobbyist and friend and his run-ins with an undercover federal agent. Gillum maintained throughout the campaign that the FBI told him he was not a target of the probe, which could continue to dog him in the coming months or years.

DeSantis has largely flown under the radar since Election Day. The conservative lawmaker began to put together a gubernatorial transition shortly after Election Day despite the ongoing recount.

Gillum, after conceding the race on Election Night, took back his concession as late-counted ballots brought the race within just over 33,000 votes.

"I am replacing my words of concession with an uncompromised and unapologetic call that we count every single vote," he said, after Florida election officials ordered a recount in three statewide contests.

Gillum's race all but ended on Thursday, however, when the machine portion of the recount ended and DeSantis gained one vote on the Tallahassee mayor. Because Gillum's race did not fall within the .25% standard that automatically triggers a manual recount, there was nowhere near the number of votes need for Gillum to close the gap.

The state's Senate race, between Democratic Sen. Bill Nelson and Republican Gov. Rick Scott, and Florida's race for agriculture commissioner did fall within that margin and are currently in the midst of a hand recount.

Gillum's fight during the recount, however, became bigger than just winning the race. He and other Democrats repeatedly said they were sticking with the campaign until all legally cast votes were counted. Lawyers for Democratic interests, including Nelson's campaign, looked to expand the number of available votes in federal court by overturning a series of Florida election laws, but those efforts largely failed.

Gillum or his campaign were not party to any of those suits, but he could have stood to benefit from them.

Gillum acknowledged this fight in his concession video.

"This was not just about an election cycle, this was about creating the kind of change in this state that really allows for the voices of everyday people to show up against in our government," Gillum said. "We know that this fight continues."