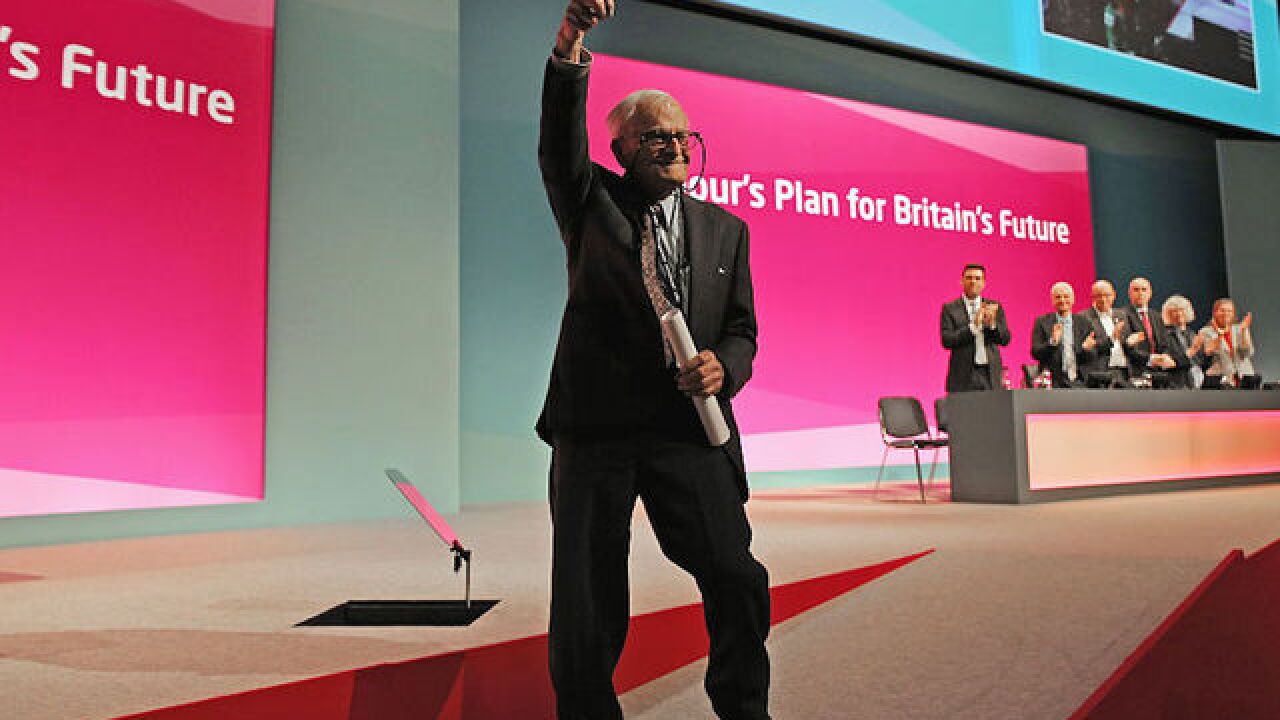 Copyright Getty Images
Dan Kitwood
<p>91 year old Harry Leslie Smith leaves the stage to a standing ovation after delivering an impassioned speech about his life and the NHS on September 24, 2014 in Manchester, England. </p>

Harry Leslie Smith, a World War II veteran and fierce critic of austerity politics, has died at the age of 95.

Smith's son, John, confirmed his father had died in his adopted homeland, Canada, in the early hours of Wednesday morning.

Smith fell ill and was hospitalized around a week ago, while John kept running his father's account.

He added: "My dad had been so dreadfully thirsty because he'd had nil by mouth orders for almost a week. So when he decided that the potential for full recovery was not possible, he was allowed to drink a beer. Sadly though he couldn't eat."

Smith was born in Yorkshire in northern England to a family of miners and grew up in poverty. He lived through the Great Depression, a period of his life that had shaped his political views.

He served in Britain's Royal Air Force in World War II, but it was in his later years that he became more involved in political debate. He wrote a book, "Don't Let My Past Be Your Future: A Call to Arms," in which he criticizes the austerity policies of the United Kingdom, Canada and the United States, and warns younger generations against the rise of fascism.

At the age of 94, Smith started a podcast called "Harry's Last Stand" and launched a fundraising campaign to allow him to tour refugee camps around the world.

He was also a vocal supporter of the British Labour Party and advocate for the UK's National Health System, particularly by supporting junior doctors facing wage cuts.

Jeremy Corbyn, the leader of the Labour Party, paid tribute to Smith on Wednesday.

"We will all miss Harry Leslie Smith - he was one of the giants whose shoulders we stand on. A World War Two veteran who dedicated his life to fighting for our National Health Service, a peaceful world and for countries to meet their moral responsibility by welcoming refugees," Corbyn tweeted.

In one post Wednesday, John vowed to continue his father's work: "I know exactly what my steps are. I will follow in his footsteps. I will endeavor to finish his projects."