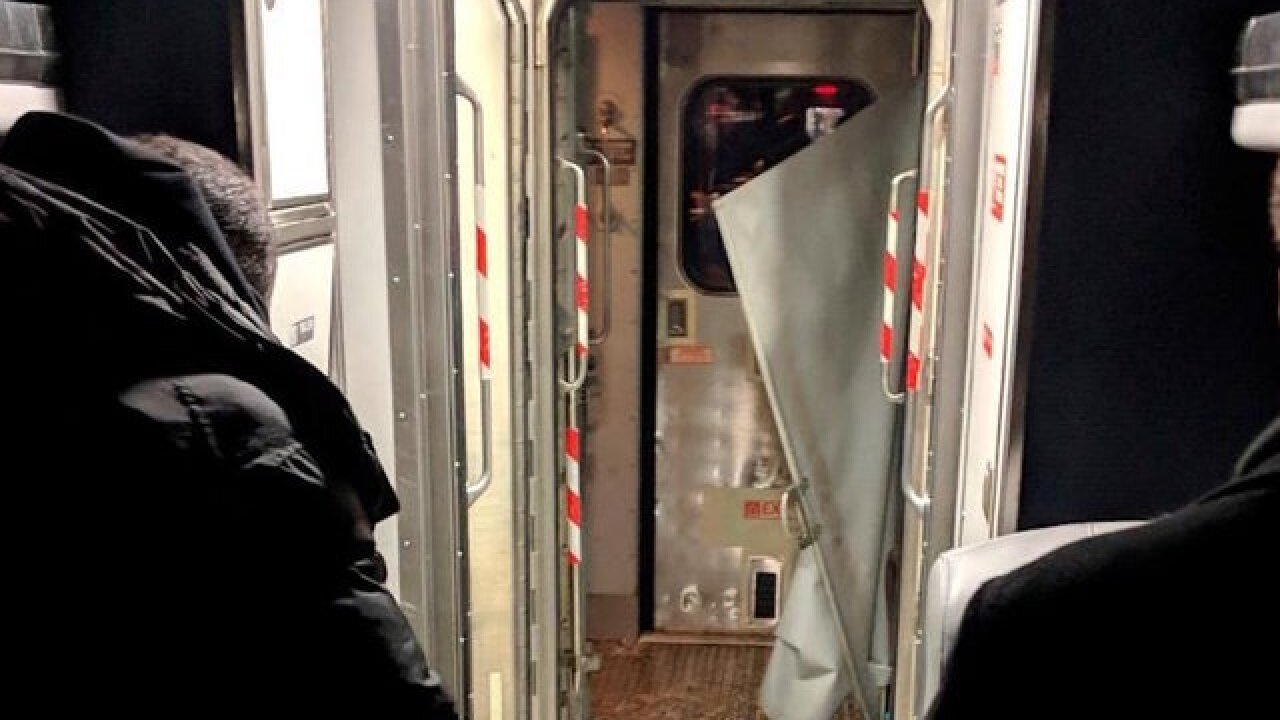 © 2018 Cable News Network, Inc.
Chuck Reeves/AP
<p>A Montreal to New York City train was traveling near Albany, New York at about 7:20 p.m. on Wednesday when two cars separated from the engine, Amtrak spokesman Jason Abrams said in a statement. Of the 287 passengers and crew, he said, no one was injured. The passengers were transferred to a new train, Abrams said.</p>

Hundreds of passengers on an Amtrak train that became disconnected will have quite a story to tell around the Thanksgiving table.

The Montreal to New York train was traveling near Albany, New York, at about 7:20 p.m. Wednesday when two cars separated from the engine, Amtrak spokesman Jason Abrams said in a statement. Of the 287 passengers and crew, he said, no one was injured. The passengers were transferred to a new train, Abrams said.

CNN reached out to Amtrak for further details but has not heard back.

Billy Osher-Dugan was traveling to spend Thanksgiving with his girlfriend when he saw the cars separate.

"It was packed," he said. "There were hardly any seats available."

He heard a noise and turned around to see cars behind him rip apart from the train, he said. That's when one passenger pulled the emergency brake to stop the train and others -- upon smelling smoke -- grabbed the fire extinguisher.

Luckily, he said, there was no fire and everyone was OK.

Helen Mary Crane was with her son on the way to spend the holiday with her daughter. Crane said two cars were added to the train when she boarded in Rensselaer, New York, and that she and her son were told to sit in the first of the additions.

Crane's car was one of the two to break off.

"As far as being with my son," she said. "I was terrified when I saw the sparks and smelled burning and then realized our car was no longer attached. I thought we would derail or be hit by the other train."

She said she credits the man who pulled the emergency brake on the runaway cars for the safety of everyone. She identified him as Reuben Clarke, a student at Rensselaer Polytechnic Institute.

"He saved our lives tonight," Crane said. "Our car broke off from the rest of the train and was picking up speed. There was no Amtrak personnel in our car. Reuben calmly went into action and pulled the emergency brake at the front of the car. Thankful he was on the train with my son and I."

The National Transportation Safety Board will not investigate since there were no injuries or a derailment, board spokesman Nicholas Worrell said.