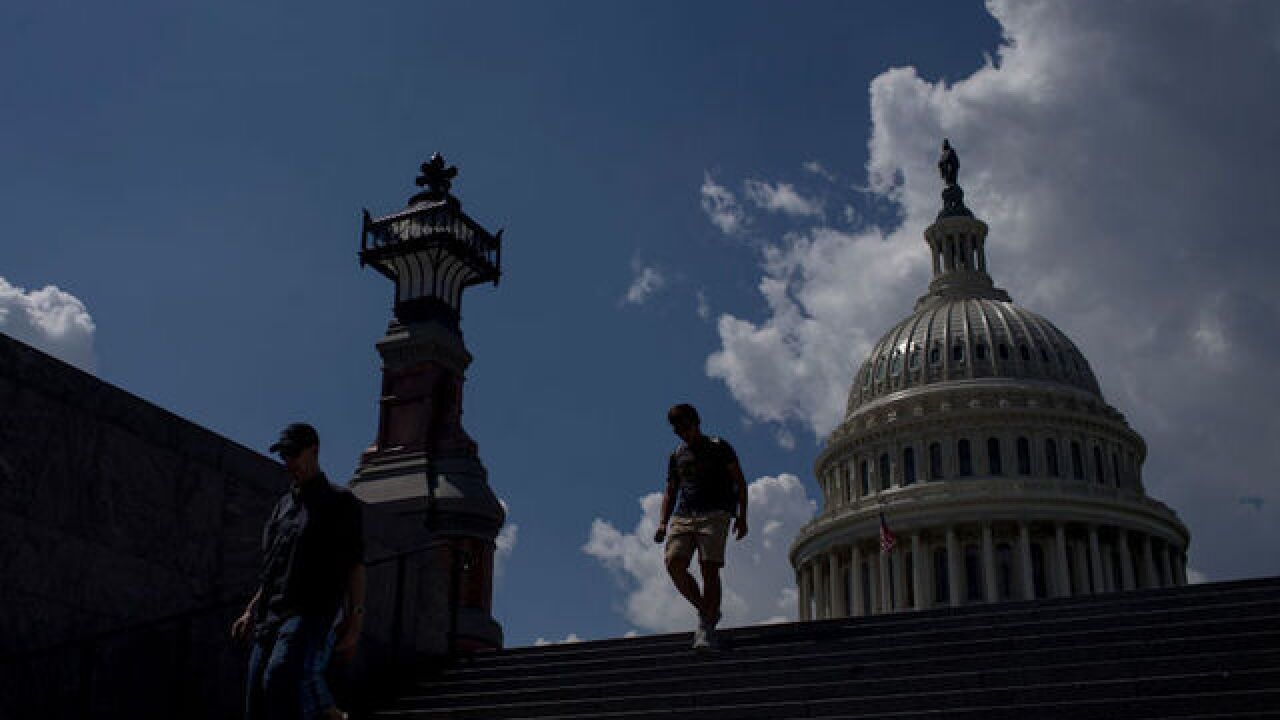 Image copyright 2018 Getty Images. All rights reserved. This material may not be published, broadcast, rewritten, or redistributed.
Zach Gibson
<p>People walk near the Capitol Building on September 3, 2018 in Washington, DC. </p>

Emails from top officials at the National Republican Congressional Committee were hacked during the 2018 midterm elections, Republican sources tell CNN, exposing the GOP's House campaign arm to an intrusion by an "unknown entity."

The hack, which was first reported by Politico, was discovered by a vendor in April after emails from four senior committee aides had been surveilled for months, a Republican official with knowledge of the intrusion tells CNN.

The revelation of the hack comes weeks after House Republicans lost their majority and saw Democrats pick up close to 40 seats in the House. In a sign of how serious the committee believed the hack to be, they brought on the law firm Covington and Burling to handle the issue, as well as Mercury Public Affairs to deal with the public relations around the intrusion.

After the NRCC was alerted to the hack, top officials then informed CrowdStrike, a Republican official said, the cybersecurity firm that helped Democrats expel the Russians from their computer systems in 2016, and later shared information with the FBI as it investigated the election-season hacks.

Ian Prior, a spokesman for the committee, said Tuesday that they were hacked "by an unknown entity."

"The NRCC can confirm that it was the victim of a cyber intrusion by an unknown entity," said Prior. "The cybersecurity of the Committee's data is paramount, and upon learning of the intrusion, the NRCC immediately launched an internal investigation and notified the FBI, which is now investigating the matter."

"To protect the integrity of that investigation, the NRCC will offer no further comment on the incident," he added.

The use of hacked material during electoral campaigns has been a focus ever since the 2016 campaign, when emails from the upper echelons of the Clinton campaign were leaked in the closing weeks of the campaign.

The Democratic Congressional Campaign Committee was also hacked in 2016. Kremlin-backed hackers published internal documents stolen from DCCC servers as part of the Russian government's wide-ranging effort to interfere in the US election and some of those sensitive internal campaign documents were later used in Republican ads.

The heads of the NRCC and the DCCC engaged in prolonged negotiations over not using hacked materials in election ads during the 2018 midterms, but the talks broke down months before Election Day due to an erosion of trust between the parties.

Despite not signing any agreement, the head of the NRCC issued a statement saying the committee had no intention of using hacked material.

The hack of the NRCC could prove awkward for Republicans, given President Donald Trump has mocked his political opponents when they got hacked by foreign actors, and he has praised Republicans for investing in stronger cyber protections.

Shortly after Trump was briefed during the transition by senior US intelligence officials about the hacks at the Democratic National Committee, he gloated in his first comments and said the Republican National Committee was also targeted but "had strong hacking defenses and the hackers were unsuccessful."