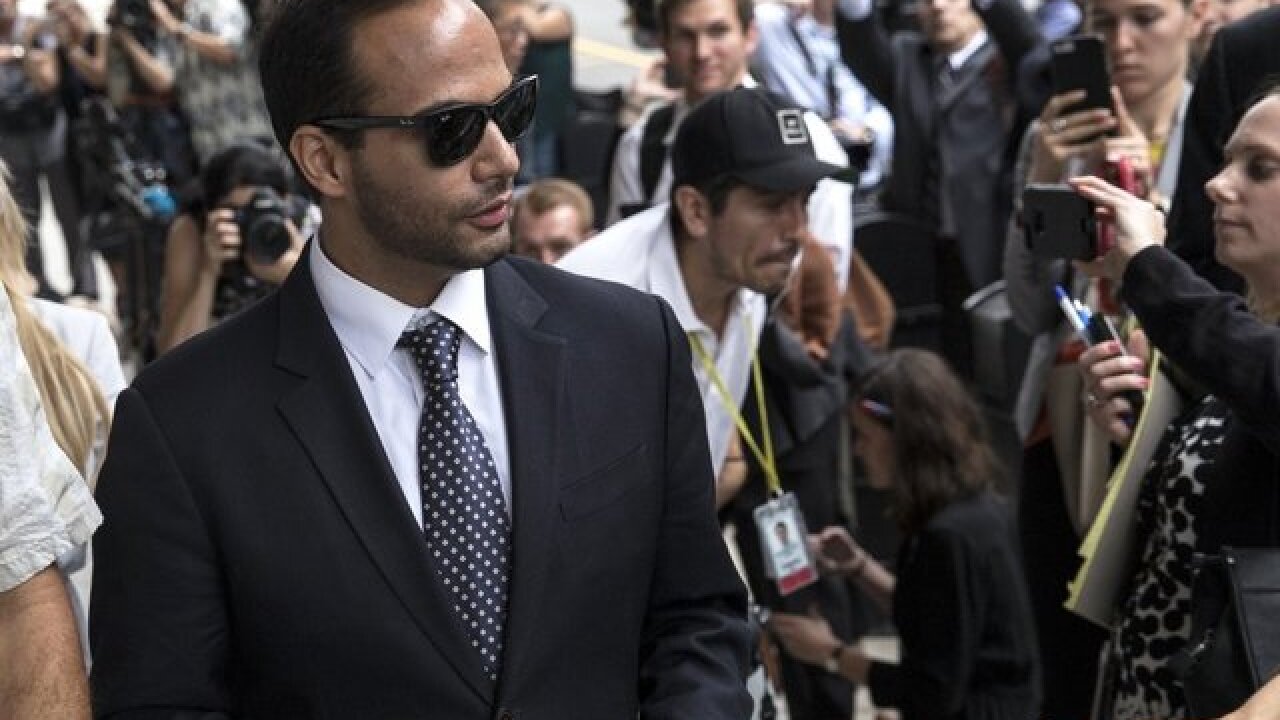 George Papadopoulos, the former Trump campaign adviser who pleaded guilty to lying to the FBI, is making his first appearance testifying on Capitol Hill later this month.

Papadopoulos is expected to testify behind closed doors before a small group of lawmakers on the House Judiciary and Oversight committees on October 25, according to two sources familiar with the matter.

The interview is part of Judiciary Chairman Bob Goodlatte and Oversight Chairman Trey Gowdy's investigation into the FBI's handling of the Hillary Clinton email and Russia investigations, although Democrats are likely to press the former Trump foreign policy adviser on potential Russia collusion, too.

A committee aide said the panel's Democrats are still interested in talking to Papadopoulos and "look forward to scheduling an interview at the appropriate time."

Papadopoulos tweeted Thursday that he was coming to Capitol Hill, suggesting there was an effort to discredit him and his wife before he testified and denying any involvement with Russian collusion.

"The attempt to discredit my wife and I before my testimony on capitol hill has reached a fever pitch," he tweeted. "Someone is nervous. I think America was smart enough to realize that someone who has never knowingly met a Russian official in their life never could have colluded. Fake news."

Papadopoulos pleaded guilty last year to lying to the FBI over his contacts with individuals tied to Russia during the 2016 campaign. He lied about his interactions with Maltese professor Joseph Mifsud, who told Papadopoulos that the Russians had "thousands of emails" about Clinton, according to the charging documents from special counsel Robert Mueller.

He was sentenced in September to two weeks in prison, which he has not yet served.

Since the sentence, Papadopoulos has suggested on Twitter that British intelligence officials were behind his meeting with Mifsud.

A lawyer for Papadopoulos did not respond to a request for comment.