Former astronauts explain how Apollo 11 brought the country and the world together, and how the moon landing's success still inspires NASA today. 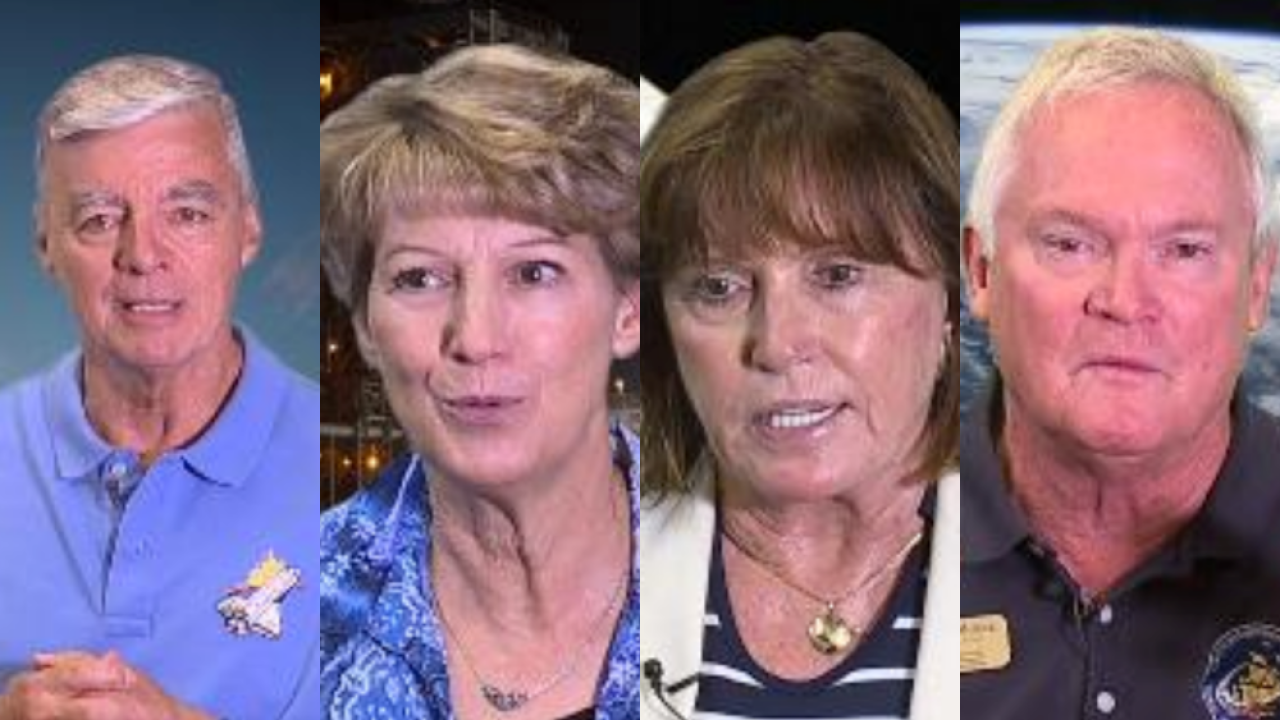 When Neil Armstrong and Buzz Aldrin stepped on the moon on July 20, 1969, there's no doubt that the entire human race was in awe. For thousands of years, humans had imagined leaving Earth and visiting worlds outside of Earth. That day had finally come.

The Apollo 11 mission inspired and instilled hope around the world — including those who would go on to carry Armstrong's and Aldrin's legacy.

“People like me were the kinds of people motivated by watching the TV," astronaut Andrew Allen said.

Allen would go on to fly three Space Shuttle missions for NASA in the 1990s before he retired in 1997. He logged more than 900 hours in space throughout his career.

“There was an excitement and patriotism that I don’t think we’ve ever seen since. It wasn’t even a competition— it was such a great nation, no one could compete,” Allen said.

Apollo 11 inspired people from all walks of life — including those who may have never imagined they would have a similar opportunity.

“We still talk about the Apollo program as— ‘If we can put a man on the Moon by the end of a decade, of course, we can do A, B and C.’ Even I use that,” she said.

Anna Lee Fisher also drew inspiration from Apollo 11. She would become the first woman to travel into space as a mother during her 1984 mission.

“When Neil set foot on the surface of the Moon, it really united the entire planet," she said. "I think for one brief moment we were all planet Earth, cheering this amazing achievement.”

The success of Apollo 11 was the culmination of a remarkable decade-long evolution of the NASA space program. Less than eight years before, some criticized President John F. Kennedy for calling for a trip to the moon by the end of the decade. While he did not live to see his dream come true, the United States completed the goal Kennedy set.

“We lost President Kennedy. We loved our president. I believe — again I was a child when this was happening — I believe the country did it for him,” Collins said.

“President Kennedy was able to give a speech and say we are going to land on the Moon within a decade and we were able to do that," Fisher said. "With the technology that was available at that time. It’s truly amazing.”

According to Fisher, the technology used in the Apollo 11 spacecraft had "less computing power than your Apple Watch— by far less."

"It was truly just an amazing achievement,” she said.

Bruce Melnick flew two NASA missions during his career and finished his career as a Vice President for Boeing's Florida operations at the Kennedy Space Center. He maintains that Apollo 11 continues to have a daily impact on NASA's operations.

“They had a can’t fail attitude. That’s just amazing about the Apollo program. That instilled a work ethic in this human space flight business that continues today,” he said.

“We have the Apollo program as an inspiration. I’m so glad that we’re doing the celebrations now because they’re reminding us that we did something that took a lot of courage," Collins said. "It’s so much work and so inspirational.”