Hyperloop visions are becoming very real. Could we have high-speed ground commuting soon? 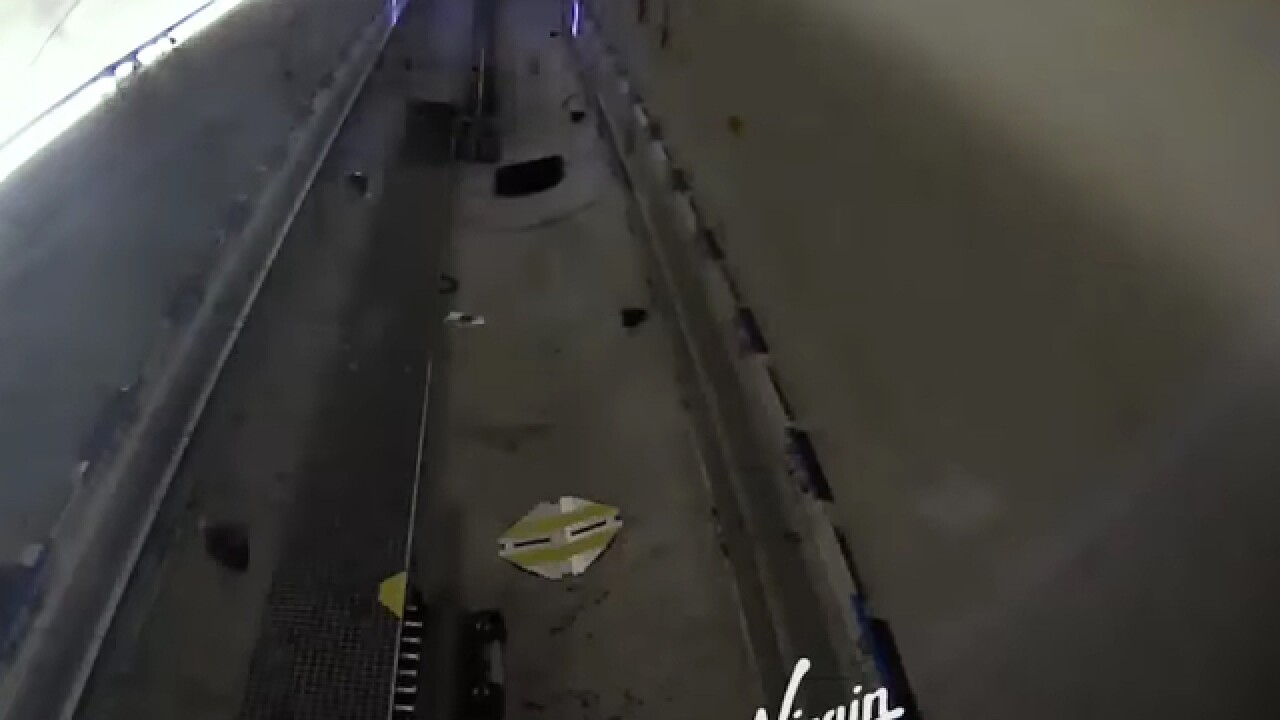 Copyright 2018 Scripps Media, Inc. All rights reserved. This material may not be published, broadcast, rewritten, or redistributed.
<p>The interior of a Hyperloop One tube that would transport pods with people traveling high speeds to get to their destinations.</p>

In a recent tweet, Elon Musk said his Hyperloop tunnel for rapid transportation is nearly complete.

The high-speed tunnel he is building is expected to open Dec.10, according to Musk's Twitter page. It will run under Hawthone, California, near Los Angeles, and transport people between Dodger Stadium and nearly metro stations in less than 4 minutes, according to foxbusiness.com.

Musk is making no guarantees about the work his tunneling company, called Boring Company, is doing. On the Joe Rogan Experience podcast, he said it started as a joke because he hates Los Angeles traffic so much, but then he decided to realize the idea.

Musk doesn't see his version of Hyperloop involving stations such as current commuter rails have. His will have small stations the size of parking spaces and involve van-like vehicles as part of the transport.

Better video coming soon, but it would look a bit like this: pic.twitter.com/C0iJPi8b4U

Miles outside of Las Vegas, another version of the hyperloop concept — traveling lots of miles in minutes instead of hours — is being built and tested.

A Hyperloop One team led by former NASA scientist Anita Sengupta testing the concept in the desert. She said it involves traveling through a vacuum tube in a magnetically levitating pod diesgined to fit up to 12 people.

Sengupta says it will be smoother than riding on an airplane and people won't be able to tell how fast they are going. At full speed, they could go up faster than commercial airplanes and the team is aiming to get the pods up to 700 miles per hour.

The last speed test got a pod up to 240 miles per hour and was only limited by the length of the track.

The Vegas team says an operational hyperloop via Hyperloop One could be ready in the next two to three years. Watch the video here to learn more: