Indian authorities pause plan to retrieve body of US missionary 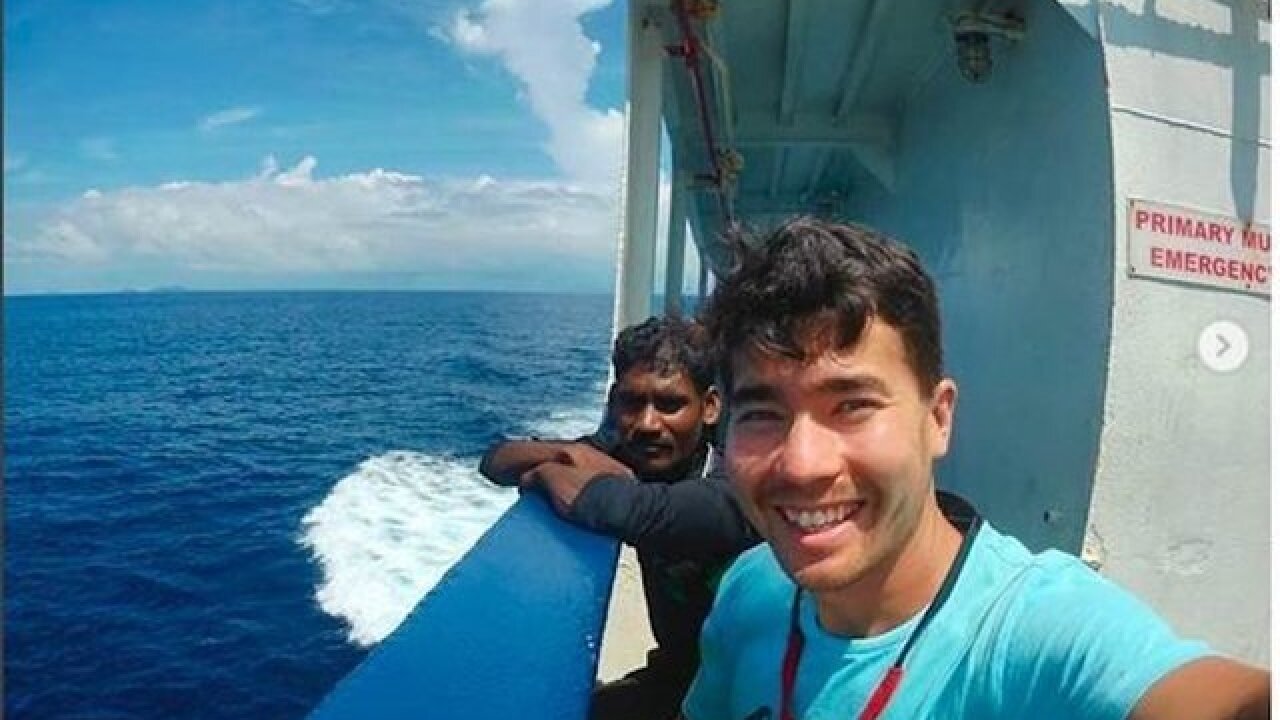 © 2018 Cable News Network, Inc.
John Allen Chau/Instagram
<p>Authorities have started the arduous task of trying to retrieve a US missionary feared killed on a remote Indian island, careful not to trigger conflict with the islanders.</p>

Authorities in India have decided to hold off retrieving the body of the American national feared killed on North Sentinel Island amid concerns about a possible confrontation with the tribe that lives there.

John Allen Chau is believed to have been killed by Sentinelese tribespeople after he visited their island home in the Andaman and Nicobar archipelago in November, breaching local laws strictly prohibiting contact with the isolated people.

Indian police say Chau found local fishermen who agreed to take him near the island, before using a canoe the rest of the way. Days later, the fishermen -- who have since been arrested for facilitating his trip -- say they saw the tribespeople dragging his body around the island.

"We want to avoid direct confrontation with the tribespeople," Dependra Pathak, director general of police of the Andaman and Nicobar islands, told CNN when asked about the latest efforts to retrieve Chau's body. "We do not want to go there and create an unhappy situation."

The decision to avoid a direct confrontation with the isolated tribe came after a series of meetings and reconnaissance trips made by the officials. Anthropologists and tribal experts were also consulted.

By Sunday, authorities had mapped out the area with the help of the fishermen and observed several members of the tribe walking around the area where eyewitnesses claim to have seen Chau's body dragged and buried.

However, despite ruling out any immediate attempts to land on the island, local police would not categorically rule out retrieving the body at a future date. "We are working on it. We'll firm up a plan very soon," said Pathak.

The Sentinelese: World's most isolated tribe

The Sentinelese have lived in complete isolation on the remote North Sentinel Island for tens of thousands of years. The island, which is part of India's Andaman and Nicobar Islands territory, is roughly as large as Manhattan.

India has protected the island for decades to prevent the Sentinelese from contracting modern illnesses and to keep outsiders safe.

People are not allowed to go within five nautical miles of the island by Indian law and the Indian Navy patrols it day and night.

And while its residents have no contact with the outside world, they aren't too far from other civilizations.

The island is only about 50 kilometers (31 miles) west of Port Blair, the territory's capital known to tourists for its stunning emerald beaches, history and water sports.

At least 15 Sentinelese could be living on the island, according to India's census estimates from 2011.

He returned to his boat twice before vanishing

Traveling on a tourist visa, Chau arrived at the Andaman and Nicobar Islands in October with one mission: preach to the Sentinelese.

Indian authorities say Chau was 27, but Mat Staver, founder of a Christian ministry that Chau was involved with as a college student, gave Chau's age as 26.

He had traveled to the remote island years ago and returned knowing that his mission was illegal and risky. Still, he wanted to get to know the islanders' way of life. He hoped to eventually share the gospel and perhaps translate the Bible, said a friend, John Middleton Ramsey.

He asked a local friend, an electronic engineer, to get a boat and also recruit others -- several fishermen and a water sports expert -- who could help him.

He carefully planned his expedition and used a 13-page long journal to write his strategy, the steps he would take to reach the island and, later, some of his memories.

After he paid the fishermen around $350, police said, the group boarded "a wooded boat fitted with motors" and headed to the island on the night of November 15.

They stopped a little less than half a mile away and waited in the dark. At some point in the morning, Chau "used a canoe to reach the shore of the island," Pathak said.

He returned later that day with arrow injuries, police said.

But that did not discourage him.

He returned to the island the following day. It's unclear what happened but "the (tribespeople) broke his canoe" and he had no other option than to swim back to the boat.

On the third attempt of his mission, he didn't come back.

The fishermen said they later saw the tribespeople dragging his body around but police haven't been able to independently verify Chau's death. Authorities believe he was killed.

All seven locals who facilitated the trip have been arrested.